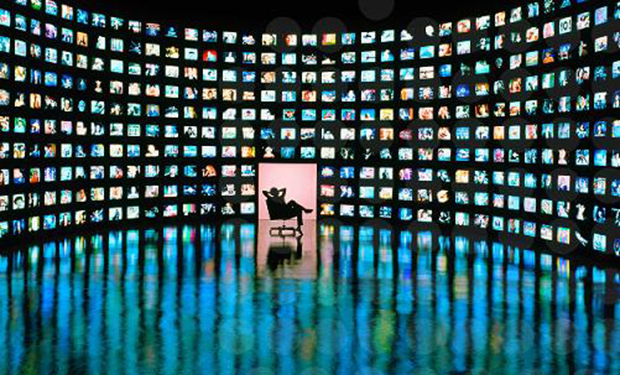 It is hard not to be a bit cynical about the media – TV news, newspapers and the ‘cream pie in the face’ blogs that wet the bed of public opinion with the ‘sanctioned’ opinion. Most people don’t realize that the so called ‘mainstream’ media, in most countries, is government controlled.

Like Saddam, after Martin Luther King was killed in 1968 (originally labeled a ‘terrorist’ by the mainstream press), he was one of the last charismatic organizers of the civil disobedience/passive resistance movement), the struggle  for civil rights was declared a done deal (like the Iraq War) despite the reality of a black person’s day to day existence. Not much has changed since then. The dance of the jester in the royal court of public opinion is still the same.

Claiming to be an impartial witness to the turbulent history of those times, the press, despite its long time support of the villains of the era, ended up unaffected and beyond reproach for its role in it. After all, as the tide of public opinion began to shift, they shifted with it and finally printed the truth because it is what people want to hear or read. We call this in the US ‘flipping the script.’

The ‘mainstream’ American media is censured by city, region; state and ultimately, nationally. This is true of most nations in the world. That’s why Gandhi was compelled to publish his own papers as well as most of the contemporary counter-culture heroes (Assange, Michael Moore, and the ever quotable Noam Chomsky) who have had their say despite the pressures to be quiet so we can all ‘just get along.’ By in large, the media is owned by someone or is government controlled (or both) and subordinate ultimately to the owner’s wishes. It has its moments – but one can but feel that the whole thing is part of the ‘big show.’ As many things that are privately owned, those who hold the deeds, hold their reigns.

The Revolution Will Not Be Televised

People in most places in the world are victims of education and media systems that have conditioned them to believe in the false and the non-sensible, in a process political theorist Walter Lippmann called “manufactured consent” which was later explained in Noam Chomsky’s book of the same name as ‘illusions’ created to control public opinion in order for the will of the people to be in-line with those who control the government (i.e. the ruling elite, multinational corporations and those who control them). Examples that illustrate this mechanism of control which crafts the “necessary illusion” (a phrase coined by the philosopher and theologian, Reinhold Niebuhr in his book Moral Man and Immoral Society and later expounded upon in still another book by Noam Chomsky) in the public mind are so far in the past they escape the scrutiny of recollection.

A current example however of this type of manipulation is the ‘Arab Spring,’ which claims to be a rebellion against oppressive dictatorships supported by the US (who often trained these puppet rulers in all the tactics and torture techniques they later criticized them for using). With their scheme exposed, the US government officials shamelessly ‘flipped the script’: the anti-governmental movements which the US government spoke out against are now embraced by America as instances where ‘democracy’ is spreading throughout the world. Instead of admonishing the rebels to adhere to the rule of law (as was formally the case), they now call for the rulers to whom they recently pledged unequivocal support to step down. After all, the US has always been the moral and ethical compass of the world and sides with the good guys.

Unfortunately, Arabs and western peoples, who are mostly unschooled in the matters of previous and current global politics, when it comes to the historical pattern of it, have forgotten the lessons taught to the Soviets when they erroneously mistook the free market economy of Capitalism with the blissful benefits of Democracy (another ‘illusion’ that most people you talk to, in and out of the US, hold dear). A news flash for those of you who don’t pay attention to such things as what happened to Russia after the fall of the Soviet Union– the US brand of capitalism made the ‘Ruskies’ situation exponentially worst.

The world press (the western part) usually reported this news as it was lip synced to them without mentioning the word ‘hypocrisy’ (particularly in America). Everyone seemed to go along with the whole thing as if it has always been this way. The Arab news outlets on the other hand didn’t seem to shy away from pointing out glaring inconsistencies in American foreign policy or revealing the low down on some evil and grizzly happenstance in the third world regardless of who it involved. Nevertheless, the western empires don’t mind this too much because it further deepens the view of the non-western territories as the dangerous places Kipling and Conrad used to write about. We all know of the graphic pictures of corpses and assorted smoldering wreckage after and during the mayhem displayed by the Arab press.

Let us not forget the strange case of George Bush’s re-election for a second term in the wake of having lied about the necessity of going to war; the reasons for waging it and the cost of hosting it. The UK handed Tony Blair his hat (he lost his job) when it became apparent to the Brits he had become willing patsy to America’s imperialist agenda. While Americans were cheering apparently unmoved by their government’s lack of credibility, the Brits were protesting and rioting in anger at their government’s deception. The fact that western (and western style) press was being cut out of the loop when the Arab natives got restless in Egypt and Yemen (via Twitter and Facebook) should be a sign that not all people tune into western media outlets for the latest developments as much as they use to.

We Won’t Be Fooled Again

In a democracy, the press are thought to be the standard bearers of the truth; yet free speech and thought are being insidiously outright altered nightly on the six o’clock news while ‘the people’ who watch it remain complicit as vegetables in a salad bowl at a vegetarian dinner. Many who aid in the corruption of the press have accepted the ‘official version’ of events to remain in the limelight of the publisher’s ink. Their articles become predictable fodder for what others say; what they say the issues are and what they say is important.

The press may often boast about their role in calling society to account and being responsible for carrying the messages that have seeded the march of progress; but they have been the blame for keeping most of the stinky stuff buoyed in the clogged toilet of oppression the world presently floats in. Like the example of a dishonourable woman, the press is with the story that makes her look and feel good about herself most. It makes one wonder how many times the press helped change the plight of man ‘after the fact.’ Sometimes it seems the relevance of what it reports may have as much significance to the unfolding of world events as whether the UN agrees or disagrees with anything the US wants. Yet, this is only the illusion or the movie most of us think this world is.

The press has the power to shape perception. The question is whether the Arabs are rebelling because, in most cases, their leaders were in bed with the US (a revelation uncovered by Wiki leaks just before all this rebellion business became the latest news) or is it just another changing of the shift on the farm.

Notes:
Source; www.islam21c.com
Islam21c requests all the readers of this article, and others, to share it on your facebook, twitter, and other platforms to further spread our efforts.
J. E. Millington, Jr.