A letter from Moazzam Begg 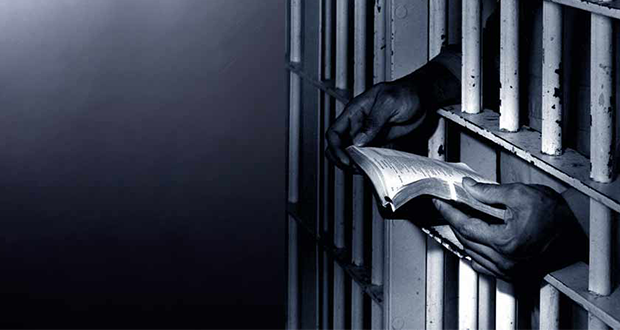 The following are benefits extracted from a letter, dated 5th May 2014, from our brother Moazzam Begg in response to a brother who had written to him.  It was suggested that the letter itself not be posted for legal reasons.

First and foremost, May Allāh Jalla wa’Alā reward the brother for writing to our beloved brother Moazzam and may Allāh increase him in khayr (goodness), keep him steadfast and make this deed weigh heavily on his scales on the day of reckoning.

Secondly, let us take benefit from some of the points Moazzam makes such as the benefit of time – what are we busying ourselves with in the freedom that we enjoy? Are we concerned about the affairs of the Ummah (global Muslim community)? SubhānAllāh (Exalted is Allāh), even though he has much to be concerned about in terms of his own state of affairs, our brother is still concerned about the plight of his Muslim brothers and sisters around the world such that he lists that as one of the many things which he misses the most.

Thirdly the benefit of making the Qur’ān your companion, look how it has brought solace to him when all else has abandoned him. I could not read this and not think of the time when we will be in our graves and once again abandoned by all else except for the Qur’ān. It was narrated from al-Barā’ b. ‘Āzib (may Allāh be pleased with him) that the Prophet (peace and blessings of Allāh be upon him) said:

“When the believing slave is about to depart this world and enter the Hereafter, there come down to him from heaven angels with white faces like the sun, and they sit around him as far as the eye can see. They bring with them shrouds from Paradise and perfumes from Paradise…” until he said, describing the state of the believer in the grave: “Then a voice calls out from heaven, ‘My slave has spoken the truth, so prepare for him a bed from Paradise and clothe him from Paradise, and open for him a gate to Paradise.’ Then there comes to him some of its fragrance, and his grave is made wide, as far as he can see. Then there comes to him a man with a handsome face and handsome clothes, and a good fragrance, who says, ‘Receive the glad tidings that will bring you joy this day.’ He says, ‘Who are you? Your face is a face which brings glad tidings.’ He says, ‘I am your righteous deeds.’ He says, ‘O Lord, hasten the Hour so that I may return to my family and my wealth.’”[1]

It was also narrated that Buraydah (radiyAllāhu‘anhu) said: I heard the Prophet (sallAllāhu ‘alayhi wasallam) say:

“The Qur’ān will meet its companion on the Day of Resurrection when his grave is opened for him, in the form of a pale man. It will say to him, ‘Do you recognise me?’ He will say: ‘I do not recognise you.’ It will say: ‘I am your companion, the Qur’ān, who kept you thirsty on hot days and kept you awake at night. Every merchant benefits from his business and today you will benefit from your good deeds.’ He will be given dominion in his right hand and eternity in his left, and there will be placed on his head a crown of dignity, and his parents will be clothed with priceless garments the likes of which have never been seen in this world. They will say: ‘Why have we been clothed with this?’ It will be said: ‘Because your son used to recite Qur’ān.’ Then it will be said to him: ‘Recite and ascend in the degrees of Paradise,’ and he will continue to ascend for as long as he recites, either at a fast pace or a slow pace .”[2]

Finally, let us continue to make du‘ā for Moazzam and all those who have been wrongly imprisoned that Allāh grants them patience, makes them firm, steadfast and raises them in ranks, that he and frees them from their incarceration. And let us not forget that when Yūsuf (‘alayhi al-Salām) was in prison, did Allāh cause an earthquake to break the prison walls for his release? No, even though this was easy for Him to do but rather, it was with Yaqīn (certainty) in Allāh, it was through the deep darkness of the night that Allāh sent a dream which infiltrated the king’s mind. This dream as a means from Allāh and an acceptance of the du‘ā of Ya‘qūb (‘alayhi al-Salām) is what got him out prison; a dream which seeped into another’s soul was Allāh’s chosen means of release for him. Certainty in Allāh topples despair.

May Allāh grant all our brothers and sisters who have been incarcerated firmness, and may the plan that He, Jalla wa‘Alā, has for their release be brought about and may He grant their families the strength to have patience and grant them a mighty reward for their bearing of it.

What can I do?

II – Write to your brother #MoazzamBegg.[4]

[4] CAGEUK has issued the following guidelines on writing letters to Moazzam: