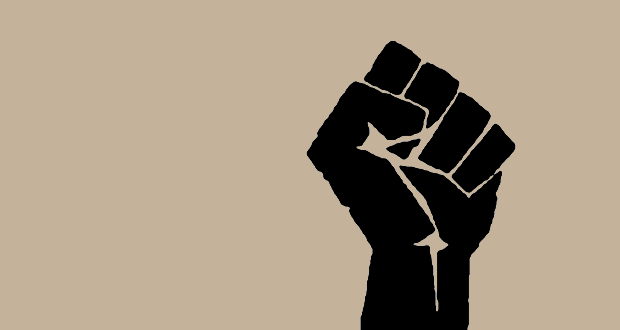 Imagine if tomorrow there were to be a survey asking whether Halāl meat should be allowed in Britain.  Would you take part?  What would you say to those Muslims that sat on the side-lines and expected others to act for them?  Well, at the moment, an arguably more important question is being surveyed among the Muslim community, and it is time for us to speak out.

After years of discussing a potential Sharī’ah compliant student loan, the government’s Department for Business, Innovation and Skills (BIS) has recently issued a consultation on a potential model that has received preliminary approval by the Sharī’ah Board at IBB.  The fact that the government has acknowledged the need to provide a solution for Muslim (and other ethically-minded) students is something we should all welcome and support.

Details of the consultation can be found here [1].

Leaving aside the structure of the product for now—we will be providing more details on this in the coming weeks inshā’Allāh—for now we really need everyone to respond to this survey.  Do not think that just because you are not at university it doesn’t apply to you.  We have an opportunity to potentially have the facility for genuinely Sharī’ah compliant financing for educating generations to come.  Just for a few minutes of your time you can potentially share in this long-lasting reward.

However, whether they end up providing a Sharī’ah compliant student financing method is somewhat irrelevant here.  We are being tested as Muslims whether we are initially bothered about this, what does it say about us if we do not act now and speak up at least, just to let them know that we are not happy with ribā (usury, interest), and we support a change?  If we could not even do something as harmless as this, then it would be a great shame upon us.

Although many Muslims might find their way into university at the moment, we cannot ignore some uncomfortable facts.  It is a sad fact that many extremely talented and gifted Muslims are actually having to drop out of university because they cannot keep up with the payments, and do not wish to fall into ribā, out of commitment to their higher principles.  I know of brothers personally who are in this situation, who tell me that there are many more.  Those that are able to remain in university whilst avoiding ribā, are additionally plagued with the pressure of having jobs alongside their studies in order to pay their tuition fees.

If some of us are unable to spend a few minutes merely filling in an online survey, then it begs the question—what if tomorrow we were tested with something that required some real sacrifice and dedication?  Muslims all over the world are being tested in ways which we cannot imagine, may Allāh ease their suffering and make them steadfast; our task pales in comparison.  However, Allāh subhānahu wa ta’ālā does not reward or punish people based on what He has given someone else; each person is tested and repaid according to his or her own situation.

The Prophet sall Allāhu ‘alayhi wasallam said “One dirham beat one hundred thousand.” [2]  When the companions asked as to how, he sall Allāhu ‘alayhi wasallam responded: “A person who has two dirhams gave one in charity, whilst another person went to a part of his [vast] wealth a took out one hundred thousand and gave them charity.”  What this hadīth shows us is that Allāh will take into account your situation, and reward you (or punish you) accordingly.  It could be that Allāh is testing us Muslims in the UK with this trial because we are not ready yet of being tested in greater ways, so let us not fail this test.  Therefore, let no one belittle this action, or any action, since it could be through seemingly “small” actions like this that you can be forgiven your sins and entered into Paradise, due to the ikhlās (sincerity) behind it.

We should fill the survey out as soon as possible, by clicking here [3].  We appreciate that many people may have different views on the proposed products, but we should hold back on making any public statements either for or against any models until there has been some guidance from the senior scholarship of this country.  Right now we need to unite together and build a case for providing alternative financing in the first place.  The second stage will be the proposed model(s) themselves.  Inshā’Allāh we are participating in a symposium where scholars from different backgrounds are invited to come together and discuss this in a comprehensive manner.

The following points, we believe, must be stressed in the survey:

I believe that this is an Islamic duty upon us all, as Allāh will hold us to account based on what was in our control.  This duty falls under what Allāh says:

“Help you one another in al-Birr and al-Taqwa (virtue, righteousness and piety); but do not help one another in sin and transgression. And fear Allāh. Verily, Allāh is Severe in punishment” [4].

Likewise the Prophet sall Allāhu ‘alayhi wasallam said: “The relationship between one believer and another is like a structure, parts of which support other parts,” and he interlaced his fingers [5].

Providing genuinely Sharī’ah compliant student financing models may not affect each and every one of us directly, but it surely will affect us indirectly.  If not your very own children, think of the uncertain future for the Muslims in the UK if a significant proportion of us are prevented from accessing higher education.  We want to make sure we have a productive and successful community, and part of that is having Muslims that seek to draw closer to Allāh subhānahu wa ta’ālā through gaining a higher level of education for being of benefit to a larger number of people and themselves, at the same time as honouring Divine injunctions.  At the moment we are at a crossroads, and it would be a great shame to choose the wrong path.  I am optimistic that every single sane, adult Muslim (and even non-Muslim) who reads this will take action, by the permission of Allāh.

A special information website has been created with the survey embedded with it, please click here to visit it [6].