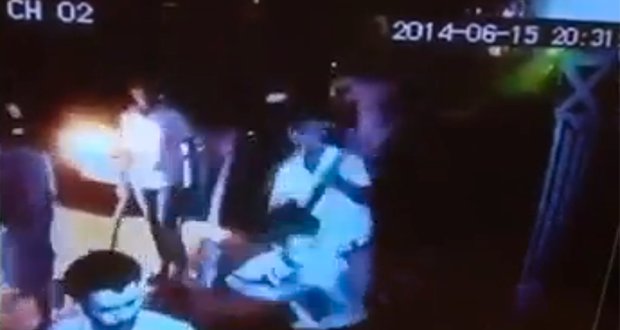 A Letter from the Terrorised Muslims of Sri Lanka

To those who are concerned about the Muslims of Sri Lanka,

May the peace and blessings of Allah be upon you.

We, the Muslims of Sri Lanka would like to give you a brief overview of the violence that took place against us on the 16th of June 2014, resulting in the killing of Muslims and the blazing of several of our Mosques and properties.

Muslims make up more than 10% of the total population of Sri Lanka. We used to face regular persecution and maltreatment during the war between government troops and Tamil Tiger rebels between 1983 and 2008. During this period, Muslims were forcefully removed from their homes and their possessions were often appropriated by Tamil Tiger rebels. This resulted in the displacement of many Muslims from the northern parts of the country to other areas, forcing them to live in refugee camps.

When the war ended with the defeat of the Tamil rebels in 2008 (note that the Muslims were supporting the government during the war), Buddhist groups comprised of racist Buddhists and led by extremist monks began to emerge, driven by the desire to exterminate Muslims from the economic and political scene. These groups began to push forward their racist agenda and extremist ideology and this resonated with a large part of the Buddhist community. These groups focused their rhetoric on convincing the community that Sri Lanka is a Buddhist country, that rights should not be given to non-Buddhists and that all minorities should obey the orders and teachings of Buddhists because they are ‘the people of the nation.’ Unfortunately, these extremist groups were, to an extent, supported and protected by the national authorities through the latter overlooking or even condoning the activities of these groups and their inflammatory, anti-Muslim remarks and attacks against their properties and their mosques.

On Monday the 16th of June, 2014, a dangerous turn in events occurred. Extremist Buddhist groups had organised a festival that was attended by their leaders who are of the most extreme monks. During the event, speakers used the centre stage to launch scathing attacks against the Muslims, inciting the Buddhist attendees to burn the homes, shops and mosques belonging to the Muslims. As soon as the party ended, monks marched forth at the head of droves of extremists to the surrounding majority Muslim regions of Aluthgama and Dharga Town, torching houses, mosques and shops owned by Muslims. Other groups of mobs looted houses and shops before the very eyes and ears of the local police who stood sedentary, watching the events unfold. Muslim residents found no refuge but to flee to the surrounding forests other safer areas. Accounts of eye-witnesses suggest that local police did in fact impose a curfew in the area, but applied it squarely on the Muslims whilst extremist thugs came and went and continued their attack until late in the night.

When Muslim residents returned the next morning, they found that their homes, shops and cars had been set ablaze as were some of the mosques. Five Muslims were martyred in the incident, three of whom were shot while trying to protect the mosque from the arson attack. To date, not a single arrest has been made and not one charge has been levelled at the instigators or participators despite some compelling evidence appearing in videos spread on YouTube and on other social networks.

As a result of the attack, five individuals were murdered, 148 homes were burned, 83 shops and businesses were looted, 17 mosques were attacked, and almost 2250 individuals become refugees. Material losses are estimated at $23 million.

How can you help the Muslims of Sri Lanka?

1. Through your supplication. Particularly as the month of Ramadān is around corner.

3. Through applying pressure for those who have the means to do so on NGOs, humanitarian organisations and on Sri Lankan authorities to bring these perpetrators to justice.

From the Muslims of Sri Lanka

[1] Surveillance camera recording of part of the attack during the night.

[2] Al-Jazeera English’s report on the attacks:

[4] Images of the devastation after the looting and burning:

[5] Strikes (19/06/2014) in protest against the attacks and the silence of authorities and their failure to take concrete steps to protect minorities.

Previous: Essex Muslim Murder: Blood on their Hands
Next: The start of Ramadān & the days of ‘Īd