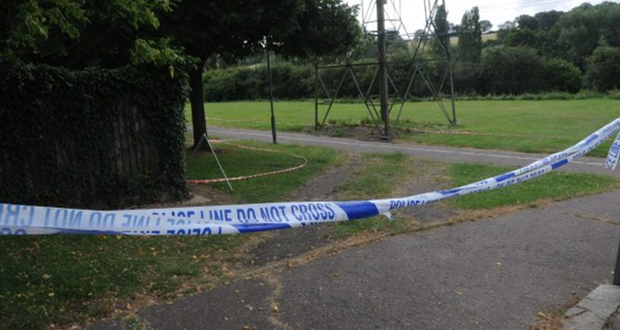 On Tuesday 17th June, 31-year-old Nahid Almanea was brutally beaten and then stabbed 16 times to death in broad daylight.  She died at the scene from injuries to her body, head, neck and arms. No personal belongings were taken excluding robbery as a motive; however the victim was dressed in Islamic clothing, wearing a hijab and a full-length navy blue gown, indicating the strong possibility that this was a religiously-motivated, Islamophobic hate crime.

Read the above paragraph again and you will notice an unnerving silence. No major headlines plastered across national tabloids, no high profile news coverage dedicating time and expert analysis, no politicians competing to condemn this sickening hate crime, no emergency cabinet meeting convened to discuss the protection of Muslim women.  Just the matter-of-fact reporting of a murder in Colchester.

Now, consider the murder of Drummer Lee Rigby just over a year ago in Woolwich on 22nd May 2013. The response from the media and politicians was overwhelming and the Muslim community at large was made to take collective responsibility for the actions of two crazed knifemen, brought up in South London. Now ask yourself in the cold light of day, is a life equal to a life in modern day Britain? George Orwell wrote, ‘All animals are equal but some animals are more equal than others.’ He was of course using animals to illustrate the flawed social constructs and inequalities in society. His classic novel, Animal Farm was published in 1945 but the sad reality is that Muslims are reliving this experience on a day to day basis in Britain today.

Essex Police released haunting CCTV footage of Nahid Almanea’s final moments, walking along a footpath twenty minutes before her life was brutally taken in a bid to encourage witnesses. However, responsibility for this heinous crime does not fall solely on the shoulders of the murderous and hateful individual who held the knife. This person did not wake up one morning and decide to stab an innocent and defenceless woman 16 times. The sequence of events that motivated this individual date back months and even years to a highly orchestrated plan to dehumanise the Muslim community and unlock every social safeguard that exists in our community to prevent the persecution of this minority.

Malcolm X famously stated, ‘If you’re not careful, the newspapers will have you hating the people who are being oppressed, and loving the people who are doing the oppressing.’ Think back to the Daily Mail cartoons printed in the run up to the planned Muslim Fun Day at Legoland in March 2014, depicting Muslims as suicide bombers and terrorists, blowing themselves up in a shower of Lego bricks. Even the style and imagery of the cartoons resemble the pre-world war II Nazi caricatures of the Jews depicting them as a scourge on society that needed to be eradicated. Little wonder that in 1934 the Daily Mail wholeheartedly supported the British Union of Fascists, stating that they were a ‘…a well organised party of the right ready to take over responsibility for national affairs with the same directness of purpose and energy of method as Hitler and Mussolini have displayed’[1]. History seems to be repeating itself in front of our very eyes as the Daily Mail remains true to its fascist past.

In times of crisis we look to our leaders to navigate us through turbulent waters, to steady the ship and ensure the nation regains a steady course consistent with its values and principles. There is perhaps no clearer example of the betrayal of this trust than the Education Secretary Michael Gove. A political journalist by profession, universally loathed by Educationalists, Schools and Teaching Unions, he has sought to use two highly politicised issues, namely Extremism and Education, to create a completely fabricated and toxic narrative known as the ‘Trojan Horse’. Based on a completely fictitious letter, Gove has propagated the lurid idea of a ‘Muslim plot’ to take over and radicalise state schools in Birmingham.

In 1918 the US Senator Hiram Warren Johnson said, ‘The first casualty of war is truth’.  Particularly apt when you consider that as part of Gove’s self-styled crusade on “extremism” in Birmingham schools, he sent in Ofsted inspectors to 21 schools for snap inspections, which then miraculously uncovered evidence of ‘a culture of fear and intimidation’ and accused the Labour-led Birmingham City Council of failing to ‘keep pupils safe from the potential risks of radicalisation and extremism’. Indeed the first casualty of a crusade is the truth. And the first collateral damage is the very institutions which are the instruments of that crusade. Ofsted prides itself on being ‘independent and impartial’ and reports directly to parliament. Its reputation now lies in tatters after a politically-motivated campaign of intimidation against some of the most successful schools in Birmingham and having downgraded schools as ‘inadequate’ which they themselves had only weeks ago declared as ‘outstanding’!

Gove is undoubtedly positioning himself at the right wing of his party for a leadership challenge in the near future. This is clear from the very public spat he had with the Home Secretary Theresa May. In briefings with journalists, he blamed the Home Office for failing to ‘drain the swamp’ of radicalised Islām in the UK. So what was the response of David Cameron to two of the most senior ministers in his cabinet publically briefing journalists against each other? What was his response to malicious targeting of one of the largest minorities in Britain? What was his response to a dangerous narrative of religious hatred and Islamophobia being propagated in the British media by career politicians seeking to excite an electorate in the prequel to a general election?

He joined the bandwagon! He recycled a half-baked headline grabbing an infamous slogan first coined by himself at a conference in Munich in 2011: ‘Muscular liberalism’; a lecture which is largely believed to have been produced by Gove himself. Every great leader has a defining moment which stamps their legacy in history – a moment where they choose principle over party politics, the good of the nation over self-interest. Mandela upon being released from prison after 27 years of incarceration famously forgave his captors and preached a doctrine of reconciliation in the interests of national unity.  Cameron simply lacks the conviction, self-belief and vision to lead his party and country.

The murder of Nahid Almanea is a tragic symptom of a divided and deceived society. Through a relentless political and media campaign of hate, elements of British society have been coaxed into hating their Muslim neighbours. With the populous distracted and consumed with loathing for their fellow countrymen, our government rides the tide of hatred, justifying its foreign policy as it slowly strips away the rights and freedoms of British citizens.

Intimidation will not drive the Muslim community away from their own faith. Islām is their DNA—it defines them. Attacks of this nature only serve to unify Muslims and deepen their commitment. The faith has a long and proud history of perseverance in the face of oppression. Persecution only serves to rejuvenate believers and their sense of purpose.

Today we stand at a watershed moment for modern day Britain. Just as the racially-motivated murder of black teenager Stephen Lawrence in 1993 forced Britain to come to terms with its institutional racism, the tragic murder of Nahid Almanea and its downplaying by the establishment must be the moment where British society confronts the religious discrimination, Islamophobia and hate crime faced by Muslims everyday, and pulls back from the precipice of a new age holocaust in Europe.