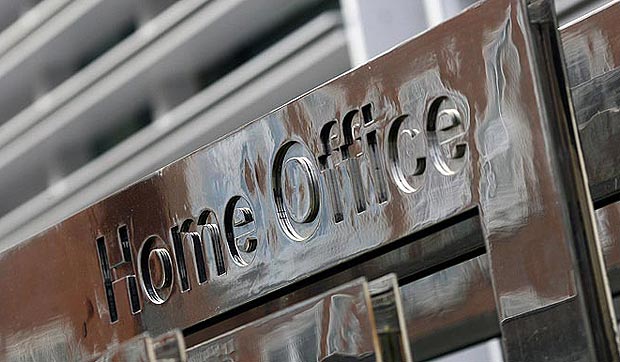 Islamaphobia, or as I like to address it, ‘Anti Muslim Sentiment’ seems to be stepping up and gaining even more momentum on a daily bases.

The pressure from lobby groups and the Government in silencing normative traditional Islamic teachings in the guise of ‘Tackling Extremism’ should clearly highlight where we have gone wrong. Despite the open call by traditional normative Muslims to be included in any government discussion on identifying and tackling ‘Extremism’, the government decided to ignore the request, creating their own guidelines on ’Tackling Extremism’ in the UK‘, put together by the ‘Extremism Taskforce’

The Muslims in the UK need to really to look at the bigger picture and realise what is happening. What will be left of Islam in the UK for our future progeny. If we don’t do something now, then we only have ourselves to blame in 50 years time when something as innocent as performing the Salaah in public might just become a sign of a ‘Threat against the State’. If you believe this is something far fetched, notice the image being shown by the BBC whilst the news broadcaster speaks about ‘Extremism’. CLICK HERE

We always talk about having unity, and this is the area where we need it the most. Regardless of some minor differences in Theology, Politics, Jursipudence etc, we should be coming together as this really will effect us all in years to come. Do you believe the average non Muslim is able to differentiate Muslims according to our minor differences? They see us as one and as such will treat us as one if they buy into the smear campaigns that are currently trending. This concerted effort against Islam and Muslims will effect us all.

I honestly believe it’s a wake up call for different groups within the Muslims to come together to show unity, even if they disagree on other matters. This is why I took great pleasure in seeing the united front put on by iERA, Hizb ut-Tahrir, Engage, Ebrahim College, As-Suffa Institute, The Muslim Debate Initiative and MRDF at the ‘Freedom of Speech: Are Muslims Excluded?’ event in East London.

Freedom of Speech. Are Muslims Excluded

I would even go one step further and look for allies within the non Muslim community. Let’s reflect on the story of Mutim ibn ‘Adee and Abul Bukhtari. Where the the Prophet sallallaahu ‘alayhi wa sallam used the support of good hearted non Muslims who stuck up for Human Rights, the freedom to practise one’s religion in peace when he faced the exact same issue of Islamaphobia in his blessed lifetime.

We need a concerted strategic plan on how to deal with such an issue.
Intelligence; Think Tanks, Lobby Groups, Media Representation, Academic Discussion, activism in Policy making (Politics), Engagement, Education and Daw’ah.
Alliances; with Faith Based and Human Rights groups.

Today it effects ‘one group of Muslims’, tomorrow it’ll effect the ‘other’.

Phase One: This is what started to happen a few years ago when they started labelling people with blanket titles and statements such as ‘Wahabi extremists’ (Remember the Dispatches ‘Undercover Mosque’ program?). It was to label and smear a ‘group’  followed by a campaign to get Muslims to disassociate with this ‘group‘. Once this was achieved, they started Phase Two: To introduce and popularise the term  ‘Islamist’. Phase Three: Now, it’s about  ’Human Rights’ issues, campaigning against discrimination of Homosexuals and Women (when we know fully well that Islam does not promote such a thing, but has Divine Guidelines on Homosexuality and gender affairs.)

Surely the Muslims should be able to see what they are really trying to do. Divide, dilute and then eradicate.

If we really want to create a harmonious environment where people of faith and no faith are able to live together side by side with no discrimination, where everyone is able to execute their rights as Human Beings, then we really need to start acknowledging our role in the community, what we are doing to make it a better place for everyone; Muslims & Non Muslims.

My message to you; “Don’t be a passenger and don’t be complicit”