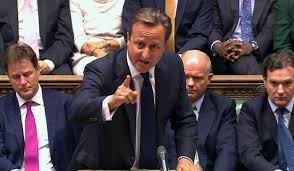 Yesterday’s announcement by David Cameron’s so-called Task Force on Countering Extremism, bears all the hallmarks of a government using an emotive killing to try to implement long sought after policies that aim to restrain dissenting voices and clamp down on normative Islamic beliefs.

Commenting on the proposals, we make the following points:

1.  The proposals are a rehash of former discredited or failed policies.

Reading the policies proposed today, it is as if the government said ‘here’s something we prepared earlier!’ It is worth remembering that similar proposals were leaked in 2009, when it was argued that they would alienate most Muslims.

The Channel project and Prevent strategy have been discredited due to their oppressive nature, which made it unworkable for most practitioners. Yet the government has decided to formalise these draconian policies by making them statutory.

Proposals to oversee madrasahs (supplementary schools) and using the Charities Commission to police mosques have all been proposed in the past.

2.   These proposals are once again using an emotive event to ‘westernise’ Islam and silence Muslim voices

In the aftermath of Woolwich, we argued that the killing would be ‘used to try to silence critics of UK foreign policy and label religious Muslims as extreme’ – trying to further the narrative that British government foreign policy is not the cause of terror, by deflecting the blame onto Muslims who have a grievance against foreign policy or who adhere to certain Islamic values.

That is exactly what yesterday’s announcement does.

By saying that “extremists deem Western intervention in Muslim-majority countries as a ‘war on Islam’”, the security establishment is doing nothing more than clamping down on critics of foreign policy – in particular those who expose the labeling of rebels in Syria or Libya or politicians in Egypt as ‘extremists’ because they are Islamic.

By demonizing an Islamic state governed by Shari’ah as state law  – they are demonizing hundreds of millions of Muslims across the world.

Were it not so serious, it would be laughable to hear Muslims criticized for allegedly rejecting the rule of law, when Theresa May ignores her own Supreme Court by stripping Muslims of their citizenship and arbitrarily banning speakers from entering the UK.

3.   Our message to our brothers from amongst Muslim community leaders is: Surely, the Muslim community cannot remain silent over attacks on what are orthodox aspects of Islam that the British government (particularly in a secular society where theoretically the state does not ‘do’ religion) has formally labelled as ‘extremist’?

When this report mentions that ‘We welcome the spontaneous and unequivocal condemnation from Muslim community organisations and other faith groups in response to the Woolwich attack’ – shouldn’t those organisations now speak up and say ‘not in our name’ to the rewriting of Islamic jurisprudence to exclude Ummah, Shari’ah, Khilafah, Hudood and Jihad?

4. Our message to open-minded non-Muslims is: Isn’t it obvious that proposals such as these will not remain limited to the Muslim community?

Anti-terror legislation from the year 2000 onwards which has routinely been used against innocent Muslims is now being used against journalists and even editors have been threatened with it over the Edward Snowden affair.

Do you really feel comfortable with a government Task Force – comprised of Cabinet Ministers, the heads of the Metropolitan Police and MI5  – rewriting religion in an oppressive manner for two million citizens?

Do you really think it is a sensible use of resources to expect schools, social workers, doctors, nurses and councils to implement Prevent and Channel?

Or are we likely to see children now viewed as ‘suspects’ by state institutions?

The Messenger of Allah (saw) said:

“If you see my Ummah afraid of telling the oppressor: You are an oppressor, it is farewell to the Ummah” – [Ahmad, Tabarani, Al-Hakim and Al-Baihaqi]

We pray others do not remain silent over such proposals.