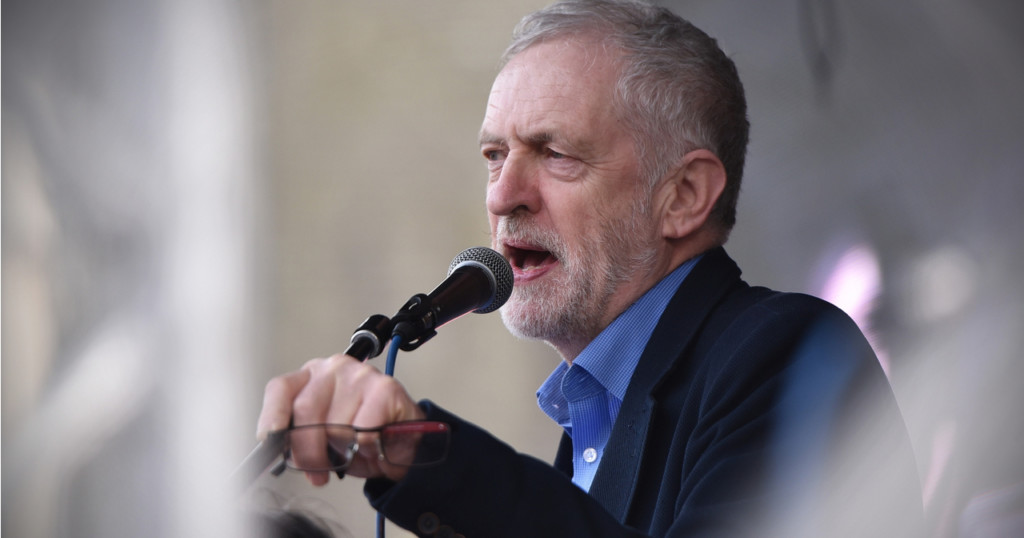 Over 200 Jewish members and supporters of the Labour party signed a letter urging anyone seeking an end to bigotry and racism to back Jeremy Corbyn.[1] The letter included no fewer than 14 Professors, a councillor and even a Queens Counsel; a group of people who, by their success and status, demand attention. Yet, their letter went largely unreported in the mainstream media.

The letter speaks about how Jeremy Corbyn has devoted his life to fighting racism, and says:

“We note the worrying growth of populist rightwing parties, encouraging racism, Islamophobia and antisemitism. In Britain the far right is whipping up these prejudices, a threat that requires a resolute and energetic response. But instead we have seen a disproportionate focus on antisemitism on the left, which is abhorrent but relatively rare.”

Does criticising Israel, by definition, make you anti-Semitic? Certainly Benyamin Netanyahu and the Israeli lobby would like it to be so. However, as these 200 Jewish signatories say:

“we welcome the Labour party’s endorsement of freedom of expression on Israel and on the rights of Palestinians. Labour is correct to recognise that while prejudice against Jewish people is deplorable, criticism of Israel’s government and policies can and must be made.”[2]

Jewish Voice for Labour’s letter should be applauded for its courage. Signatories of the letter have suffered abuse for their support of Jeremy Corbyn and/or support for Palestinian rights. Such abuse includes comments made to renowned children’s author Michael Rosen who recalls on twitter:

“It is funny. Simon Lipson is saying to me (in effect) ‘You [Michael Rosen] hate being Jewish so much you even pretend you’re Jewish.’ It’s like something straight out of ‘Curb your Enthusiasm’.”[3]

“And you might have thought that a TV personality calling Corbyn-supporting Jews, ‘malevolent, treacherous and psychologically damaged’ would raise a media eyebrow? Nope.”[4]

Is there a difference between anti-Zionism and anti-Semitism?

The distinction has taken sharp focus in the USA with Senator Ilhan Omar. The Somali-born congresswoman may not be a household name in Britain, but take note, because this Muslim woman is making waves.

The 37-year-old mother-of-three and former refugee is the first Somali-American, the first African-born American and the first Muslim American woman to wear a hijab in the House of Representatives[5]. Not bad for an immigrant, aye Mr Trump?

Omar and Congresswoman Rashida Tlaib (the other first Muslim Congresswoman) have been targeted by Republicans and accused of anti-Semitism for past comments. Both women are outspoken critics of the State of Israel.

The most recent controversy started when a journalist accused a senior Republican of “attacking free speech” by targeting the Muslim Congresswomen. Omer responded:

Another journalist then asked Omar who she believed was “paying American politicians to be pro-Israel.” To which she replied:

The American Israeli Public Affairs Committee is an influential pro-Israeli lobby group, but to truly understand AIPAC, we need an anecdote. In 2005, a senior official with AIPAC sat down for dinner with a journalist and grabbed a napkin. The senior AIPAC official, Steven Rosen, rhetorically asked: “You see this napkin? In 24 hours (AIPAC) could have the signatures of 70 senators on this napkin.” Now, that’s power.

Ilhan Omar has since apologised for her tweet which unwittingly played into anti-Semitic tropes about ‘rich Jews controlling the world.’ However, the influence of AIPAC on US politics is clear. We need only look at New York Time’s Tom Friedman, an advocate of Israel, who described the standing ovation of members of Congress for Israeli Prime Minister Benjamin Netanyahu as having been “bought and paid for by the Israel lobby.”[7]

The natural question then follows: does such a lobby exist in the UK and if so, is it this lobby which is targeting Jeremy Corbyn? Richard Silverstein, a Jew whose work has appeared in Haaretz, the Seattle Times and Los Angeles Times thinks there is and controversially, or even for some offensively, wrote in 2018:

“Britain’s Labour party is tearing itself apart over anti-Semitism charges disingenuously cooked up by political opponents.”

“The real origin of the anti-Semitism scourge is in the UK’s Israel lobby….”

“As a Jew myself, I’m bemused to learn that charges of anti-Semitism against one party member are based on the claim that he stated that the campaign was the product of the Israel lobby.”[8]

“Those who fomented this campaign don’t fear anti-Semitism. Rather, they fear Jeremy Corbyn.”

However, Lucianna Berger MP, has herself been a victim of anti-Semitism. Ms Berger said that “a catalogue of terrible incidents brought shame to the Labour Party,” and that the anti-Semitism in sections of the labour party was “shocking.”[9]

Notwithstanding this, and without questioning Ms Berger’s experience, Channel 4 anchor, Krishnan Guru-Murthy pointed out it was “striking” how many Conservatives MPs have rushed to support Ms Berger, yet those same MPs and indeed the Conservative Party as a whole have not been so animated in backing Baroness Sayeeda Warsi’s call for an investigation into Islamophobia within the same. This despite the vast prima facie evidence of Islamophobia. Is not anti-Muslim hate equally as vile as anti-Semitism for this Conservative Government?

Does anti-Semitism exist in the Conservative party?

Victor Orban, Hungarian PM is a particularly divisive figure who has been accused of Islamophobia and anti-Semitism. Orban has called refugees “Muslim invaders.”[10]

It was Jeremy Corbyn’s Labour party which supported an unprecedented EU vote to trigger the article 7 procedure against Hungary in September 2018 over concerns that Orban’s government was “pandering to anti-Semitism.” In the run-up to his re-election in 2017, Orban made several clear anti-Semitic tropes, most likely in reference to the influential philanthropist and campaigner George Soros, who also happens to be wealthy as a result of his career as a financier:

“We are fighting an enemy that is different from us. They do not fight directly, but by stealth; they are not honourable, but unprincipled; they are not national, but international; they do not believe in work, but speculate with money; they have no homeland, but feel that the whole world is theirs. They are not generous, but vengeful, and always attack the heart – especially if it is red, white and green [the colours of the Hungarian flag].”[11]

Yet, despite all this, Conservative MEPs failed to support the historic vote against Orban, a decision criticised by the Board of Deputies President (Marie van der Zyl) who “noted with disappointment” the vote and expressed her concern over “vivid anti-Semitism” in Victor Orban’s campaign.[12]

The President of the Board of Deputies of British Jews went further:

“It is very concerning that the Conservative Party MEPs chose to defend Hungary’s appalling track record, rather than supporting this motion to protect the rule of law.”[13]

Imagine the media furore if Jeremy Corbyn’s Labour party had failed to hold Orban to account for his anti-Semitism. Instead the Labour leader’s spokesman said:

“Viktor Orban’s government in Hungary has clearly attacked judicial and media independence and denied refugee rights and pandered to antisemitism and Islamophobia and it was absolutely right that motion of censure and investigation under the disciplinary process of the European Union was launched, and was voted on just now by the European Parliament.

“It’s absolutely shocking that the Conservative MEPs voted against that motion.[14]”

Does anti-Semitism exist in the Muslim community?

Yes, sadly it does. Muslim voices should challenge and drown out that minority voice wherever it rears its ugly head. This issue is perhaps too long to address here but certainly those Muslims who hold anti-Semitic views and use criticism of Israel as a pretext to air their abhorrent views should be marginalised because, apart from anything else, it does the Palestinian cause no favour.

“Forgive him who wrongs you; join him who cuts you off; do good to him who does ill to you and speak the truth even if it be against yourself.”[15]

There are those of course who will pounce at any concession that anti-Semitism exists in the Muslim community. But the Muslim community should be proud of its history and need not take any patronising lectures from up on high about combatting racism. Our Prophet (sall Allāhu ‘alayhi wa sallam) spoke out against racism over a millennium before the UK’s anti-racist and human rights legislation of the 20th century:

It’s time to have a grown-up discussion about anti-Semitism and the legitimate criticism of Israel. Shutting down debate by conflating the two is disingenuous, despite the likes of the French President Macron equating the two.[17] If such a law was passed in the UK, how would it view Gary Linekar’s comments on IDF soldiers shouting, dragging and detaining Palestinian children in a cage?

Former England captain, the first Englishman to win the Golden Boot and general all-round legend said the video was “sickening” and when challenged by a former IDF spokesman rhetorically asked: “They should be stuffed into a small cage?” Or what of B’Tselem (Israeli human rights group) who themselves initially released the video of Israeli soldiers abusing Palestinian children and said:

“Unfortunately, this is routine all through the West Bank. Palestinian minors’ rights are violated systematically by Israeli authorities.”[18]

If Israel claims to be the only democracy in the middle east, it should be big enough to take criticism. Rather, if it truly is a democracy it should welcome it.

To end with the words of Jewish Voice for Labour:

“We urge all who wish to see an end to bigotry and racism, and who seek a more just society, to give their support to the Labour party.”[19]

[6] Benjamin Franklin, one of the Founding Fathers, has his face on $100 dollar bills