As a Muslim, I feel compelled to back a People’s Vote on Brexit 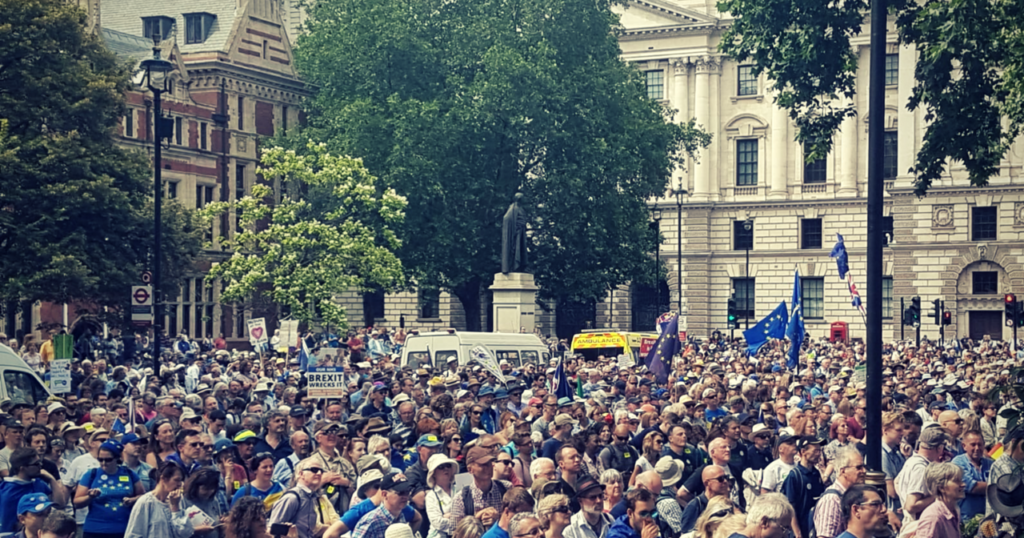 What do Gary Lineker, Justine Greening, Professor Brian Cox and David Mitchell have in common? Well, apart from all being distinguished in their respective fields – they have all called for a People’s Vote – a public vote on the deal that that the Government brings back to Parliament later this year.

The People’s Vote is an umbrella, grassroots-led campaign calling for the public to be given a vote on the final Brexit deal. Across these different groups, there are more than 700,000 supporters, 20,000 activists, and over one million followers on social media with numbers increasing daily. Just last month, over 100,000 people from across the U.K. marched outside Parliament demanding to have a say.

Brexit seems to be dominating our lives. On television, newspapers, social media and in offices and workplaces across the country; it is up there with Love Island and the World Cup as one of the main things people are discussing – and often arguing about.

What relevance does it have to Muslims in particular?

A little-known fact is that, of all eligible Muslim voters, 70 per cent of British Muslims voted to remain in the EU – that is a large body of people.[1] It is clear that the Brexit process is a complete mess and the negotiations are going badly.

Two years after the EU referendum, the Government managed to finally get an agreement amongst themselves at a Chequers away day. However, within 48 hours, senior ministers including Brexit Secretary David Davis and Brexit Minister Steve Baker resigned, shortly followed by Foreign Secretary Boris Johnson and a whole host of other Tory Vice Chairmen and ministerial aides – all in protest against the ‘watered’ down Brexit plan.

The Government ploughed on with their Chequers car crash but in Parliament last week the Brexiteers tabled wrecking amendments which would undermine the entire proposal and, to the shock of many, even Tory backbenchers, the Government accepted all amendments just to avoid a public and humiliating defeat. For Theresa May, it is party before country and national interest.

The Prime Minister is trying to be all things to everyone when it comes to Brexit, but her Chequers Brexit compromise offers the worst of both worlds and ends up pleasing no-one. In an act of desperation to save her premiership, Theresa May is trying to placate those intent on having a hard Brexit or worse, wanting to see Britain crash out of the EU with no deal. Let us be clear: A no deal Brexit will spell disaster for people across the country.

Brexit has divided the nation and shortly after the referendum vote attacks on Muslims and other ethnic minorities sky-rocketed. The New Statesmen compiled a list of just 25 examples of recorded attacks on Muslims the three days following the referendum vote.[2] Some people wrongly believed that the Brexit result meant that all non-white citizens were no longer welcome in this country; that their Britain was not for anyone who did not look like them. Put simply, the Brexit vote emboldened the racists.

According to polling by Demos, 83 per cent of Muslims are “proud to be a British citizen”, compared with 79 per cent for the population as a whole.[3] Muslims were the group most proud of their British identity. They are proud of their identities as Muslim and British and see no contradiction between the two.

At the Pro-Trump, Pro-Tommy Robinson demonstration last weekend we saw people claim to be speaking for their country but espouse nothing but hate. Both Tommy Robinson and Donald Trump are prominent Islamophobes who have repeatedly demonised Muslims both here and abroad. In addition to being staunchly Islamophobic, both Trump and Robinson are documented fans of Brexit from an anti-immigration stance.

Whilst they would like to see Muslim voices silenced, Muslim voices must be heard, and they could be heard. This is why Muslims should demand a say on the final Brexit deal.

There is a lot of talk of a soft Brexit and hard Brexit – but what do these different Brexit outcomes mean to Muslims. Let us take Birmingham for example, which is a city where Muslims make up around 22 per cent of the inhabitants. According to a study conducted by the London School of Economics, in a soft Brexit scenario, Birmingham residents would potentially lose £274 per head and in a hard Brexit, that jumps up to a loss of £526. The case is the same with Bradford where Muslims make up a quarter of the city’s population with a best-case Brexit scenario resulting in a loss of £223 per person with a harsh Brexit causing a loss of £390.[4]

With Muslims at the lower end of the economic scale, Brexit will actually cause the greatest harm to our pockets and our lives. Those who advocate for a hard Brexit such as Jacob Rees-Mogg and Boris Johnson are able to call for such a deal because Rees-Mogg and his wife have an estimated net worth of £100m,[5] and days after resigning as Foreign Secretary, Johnson was given back his weekly column in The Telegraph for which he gets paid £275,000 a year. Over a quarter of a million pounds every year for writing just 700 or so words once a week! [6] If he so believes in Brexit, why does he wish to preserve his status as an EU citizen?

Brexit is a big political game for the elite, but it will have real consequences on the lives of members of the public. Enough is enough. It is time we, the ordinary people of the U.K., are allowed back into the Brexit debate as it is clear politicians do not have our best interests at heart. We will not be stitched up. Brexit is not a done deal and it is definitely far too big of a deal to be left to 650 MPs to decide, most of whom will not suffer like the rest of us if their botched Brexit goes through.

It is time to join over 220,000 people – and rising – who have signed the petition calling for a People’s Vote on the final Brexit deal.