Authors of new extremism report have no independence or credibility 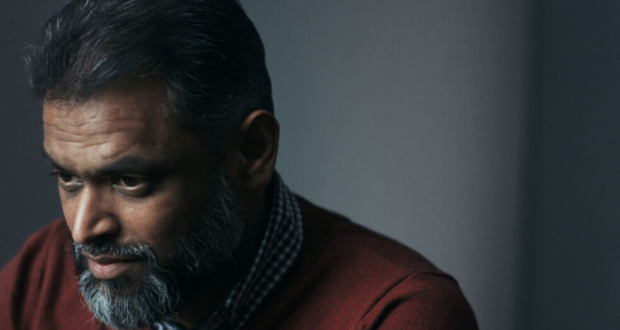 Consecutive attempts by the Government to define and legislate a workable meaning of ‘extremism’ have been met with failure. In 2016, in the wake of the threats by Islamic State and the murder of Jo Cox MP by a member of the far right, the Government proposed a new counter-extremism bill.

This had followed ventures by Conservative Prime Ministers David Cameron and Theresa May to implement the hitherto undefined concept of ‘British values’ into civil society,[1] especially schools. That, in turn, came about following a calamitous Government-led campaign against Muslim teachers and governors who stood accused in the Trojan Horse scandal – a falsified ‘Islamic plot’ to take over schools in Birmingham.[2]

Despite these attempts, defining people’s thoughts and policing their ideas did not go down well with the British public. Faith groups, student bodies, human rights organisations, and others opposed the extremism legislation.[3] One key opponent was Sir Peter Fahy, ex-Chief Constable of Greater Manchester and a former policing lead for the counter-extremism Prevent programme.

By 2017, the much-anticipated counter-extremism bill was buried after stillbirth. But there was more to come.

The following year, the Government announced that Sara Khan would be heading the Home Office’s new Commission for Countering Extremism (CCE) in the wake of the Manchester Arena attacks.

In 2015, both CAGE and Inspire gave evidence to the Home Affairs Select Committee at separate sessions on extremism.[6] Khan accused several Muslim organisations of supporting extremism, including CAGE.

Despite questions about her past connections to the Government, Khan maintained her work was “completely independent.”[7]

In 2017, Khan again accused many Muslim individuals and organisations—including CAGE—of being extremists in an article for Hope not Hate.[8] The following year, Khan became head of the ‘independent’ CCE.

“There’s no such thing as the Muslim community”

Khan’s appointment by then-Home Secretary Amber Rudd was immediately met with criticism and opposition by prominent Muslims, including politicians. Former Tory chairwoman Baroness Sayeeda Warsi lamented the move as “a deeply disturbing appointment”,[9] noting that Khan, as a proponent of the highly discredited and Islamophobic Prevent programme, would be seen as “a creation of and mouthpiece for the Home Office.”

“Even her book she wrote was in partnership with the Home Office. She has taken Prevent funding. She came out of nowhere after the coalition government without any experience.”

Shah was referring to ghost writer Tony McMahon,[10] a consultant working with Breakthrough Media, an organisation with close links to the Home Office accused of facilitating media campaigns for Inspire.[11]

But when Shah pointed out that Khan is not trusted by the mainstream Muslim community Khan, whose book is entitled The Battle for British Islam: Reclaiming Muslim Identity from Extremism, Khan declared, “There’s no such thing as the ‘Muslim community’.”

Over 100 Muslim organisations and scholars signed an open letter calling for Khan to be removed because the community—albeit one she did not believe in—simply did not trust her.[12]

In Khan’s view, the amorphous “community” didn’t exist because, like all human beings, it is not monolithic. According to Khan, if the community is not a singular united group with one leader and voice, it cannot be real, so she can ignore it.

Instead of pretending to run a grassroots organisation repeatedly exposed for its links to Government, Khan’s move to the CCE seemed entirely natural.

Writing for The Telegraph, Khan conceded that the Government had failed to tackle extremism because of its inability to define the term.[13] So, she sought to succeed where consecutive British prime ministers had failed. Ditching “violent extremism”, which is covered by Prevent and anti-terror laws, Khan has come up with the “hateful extremism” as the latest incarnation.

Conflating the concept of hate crime with extremism is problematic. Firstly, Britain has ample laws to deal with the former, while the latter remains undefinable in law. Furthermore, while the argument of countering the far right is presented to gain Muslim buy-in, evidence shows how the counter-extremism industry has disproportionately focused against Muslims since 2000.[14]

In the latest CCE report, Khan predictably calls for more legislation, which includes attempting to disrupt groups like CAGE for being “a thorn in the side of government and counter-terrorism officials”, according to The Guardian.[15]

The CCE’s stated aim is to tackle all forms of extremism – far left, far right, and religious extremism stemming from all faiths. However, I have asked the CCE if they will be looking into Brexit extremism within British political parties (especially the Tories) as cited by some of their own senior politicians and the role it has played in fuelling the far right.[16] This is pertinent considering the CCE is tasked with identifying threats to democracy.

Khan has also claimed CAGE are extremists because some of our members have supported the concept of “violent jihad” overseas in the cause of self-defence against foreign occupation – a right firmly established both within Islam and international law. It would, however, be interesting to see the scope of the CCE extending to the British government that has supported and conducted violence in support of “jihad” far more than any British Muslim ever could.

In 2011, Britain openly supported anti-Gaddafi Libyan rebels,[17] including members of the Libyan Islamic Fighting Group (LIFG). Some of those LIFG members had previously been imprisoned and put under control orders under anti-terror laws in the UK. In fact, the RAF flew countless bombing sorties as air cover for LIFG fighters on the ground.[18] They included victims of British extraordinary rendition Abdelhakim Belhadj and Sami al-Saadi.[19]

Indeed, just before the rise of ISIS, Britain supplied the Free Syrian Army (FSA) with non-lethal aid until January 2014.[20] The FSA fought alongside, shared resources with, and praised the al-Nusra Front – the Syrian branch of al-Qaeda.[21]

All proponents of government counter-extremism fail to address the role of foreign policy drivers in the politicisation of Muslim youth. CCE is no different in this. However, failing to recognise the mixed messages created by the Government—and its own convoluted relationship with “violent jihad” that describes people as terrorists one day and supports them as freedom fighters the next—is very damaging and deeply dishonest.

Instead, the CCE report disingenuously argues that CAGE should be criminalised because it opposes anti-terror laws. There is no attempt to look at the residual effect and abject failure of 20 years of corrosive laws—and wars—on terror that have criminalised Muslims, policed our thoughts, created mistrust of the state, and increased the threat of violence. On the other hand, the CCE’s narrative implodes the instant we see British and American leaders sitting on negotiating tables in Doha with Taliban leaders who were once imprisoned as terrorists in Guantanamo Bay.

New anti-terror laws have been passed almost every year since 2000. The Terrorism Act 2006 was actually dubbed “The Glorification of Terrorism Act”, under which mostly Muslims have been imprisoned for publishing books, writing poetry, and disseminating literature that glorifies or condones terrorism. Yet, in its report, the CCE is seeking more powers to tackle glorification of terrorism.

Whilst the CCE claims it has nothing to do with Prevent and counter-terrorism, the two are inexorably linked – primarily because of the narrative of Islamophobes linking Islam, extremism, and terrorism together for the past two decades.

Despite the new “hateful extremism” label, the CCE report presents nothing but proverbial old wine in new bottles. As such, it is unlikely anyone in the community that Khan does not recognise will be drinking.