Babar Ahmad and the Reward for Doing Good 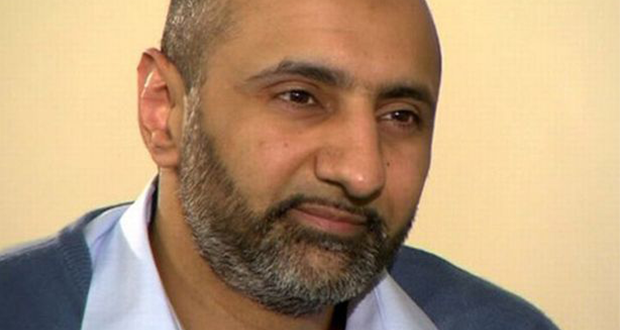 He said “I am Yūsuf, and this is my brother. Allāh has certainly favoured us. Indeed, he who fears Allāh and is patient, then indeed, Allāh does not allow to be lost the reward of those who do good.” [1]

These were the words spoken by the Prophet Yūsuf (‘alayhi al-Salām) as he revealed his identity to his brothers who had come to him looking for food at a time of a great famine in Egypt. The last time his siblings had seen Yūsuf (‘alayhi al-Salām) as they remembered him, he was a young boy, sitting alone in a well, cold, hungry and terrified. The one now speaking to them was a senior government official responsible for the finances of the nation. At the time these words were spoken, Yūsuf (‘alayhi al-Salām) had made his epic journey through slavery, slander and imprisonment for a crime he did not commit to governance of a mighty nation. He had now been reunited with his beloved younger brother and was on the verge of embracing his aged father once more.

Yūsuf’s (‘alayhi al-Salām) explanation for his turn of fortune is simple, yet powerful. It involves fearing Allāh, doing good and then being patient about whatever may come your way. If you do this, Allāh will never abandon you or allow the good deeds that you have done to go to waste.  Rather, Allāh will facilitate a series of events to occur to ultimately give you the relief you desire. You may not understand the wisdom behind some of these events until much later but it is all part of Allāh’s unique plan.

This week, in a court in New Haven, Connecticut, British citizen Babar Ahmad was sentenced to 12.5 years imprisonment after pleading guilty to providing material support to the Taliban during the 1990s. The jubilant reaction from his supporters around the world to the sentence may have appeared surprising to the uninformed but on reflection, it was as much relief as joy. Babar fought extradition to the US for over 8 years partly on the basis that if convicted following a trial, he faced a high probability of life imprisonment in a Supermax facility. Following Babar’s guilty plea, prosecutors pushed for a 25-year sentence. He received half of that. After deduction for time served and good behaviour, Babar could be home with his family within a year, something beyond everyone’s expectations when he was extradited in October 2012. This is the final mile in Babar’s decade-long struggle that included a vicious assault at the hands of British police, being detained for almost ten years without trial, his marriage breaking down, loved ones passing away and being forcibly cut off from his family when extradited to the US. This is his relief at the end of his struggle.

The fact that Judge Janet Hall halved the sentence the prosecutors were seeking speaks volumes of her perception of Babar. She clearly recognised and explicitly stated that she did not regard him as a terrorist. On the contrary, she described him as a ‘good person’. Judge Hall noted how Babar was someone who held genuine happiness for other people’s happiness, and who was always there for those in need. She then spent a considerable amount of time highlighting many examples of this from Babar’s teenage years, his life as a young man, as a prisoner and right up until the present. Relying on over 50 letters of support and video testimonials, she spoke with admiration about how Babar had, for no compensation, encouraged other boys to clean out gardens, attended funerals where there were not enough relatives to bury the dead (actually on occasion lowering the casket into the ground with other boys because the family could not afford grave attendants), and washed dishes at a wedding where the families of the bridal party were of very limited means.

Judge Hall praised Babar for providing critical emotional and practical support to a victim of domestic violence and her two young daughters, tutoring them, mentoring them and acting as their elder brother. Both girls are now working professionals who see Babar as more than just an academic tutor.

Judge Hall was amazed at how Babar had dedicated long periods of his time providing tuition to young children to ensure they got admitted to the best schools to enable them to become productive members of society. Judge Hall quoted from friends of Babar about how they would have ended up as drug dealers or dead had Babar not been there to guide them. They are now medical doctors.

Witness after witness testified about the significant impact Babar had on their lives. A mother of a terminally ill lady who had been corresponding with Babar whilst in prison described how her daughter in the depths of her misery during treatments in the hospital, would ask to hear Babar’s letters read aloud in the days before she died. Another lady who lost a sister in the 9/11 attacks explained how Babar had spent several days calling and trying online to locate the missing sister in New York hospitals and sent her a card every year on the anniversary of her death. Even prison guards described him as a model prisoner who helped to resolve any problems between inmates and the guards and who used his time in prison in a productive manner, reading, helping others, learning new skills, and remaining positive.

It is from a truly Divine plan that Babar’s sentencing took place on the 19th anniversary of the Srebrenica massacre in Bosnia and on the same day that a Dutch court ruled that the Netherlands was liable over the slaughter of hundreds of Muslim civilians there because of the actions of its peacekeepers.  Within this context, it was far easier for the court to understand the horrors of the genocide before an indifferent world that led Babar to take up arms in defence of the brutalised civilian population.

Babar performed many of these good deeds over 20 years ago out of his taqwa of Allāh. He may have forgotten about them but those that he helped did not. Nor did Allāh. Babar exercised immense patience over the past 10 years in prison, and particularly his two years in solitary confinement, something Judge Hall even paid tribute to, pointing at his remarkably positive attitude and mannerisms despite the difficulties he was in. Allāh did not allow those deeds to go to waste. Babar received the reward for them at the time he needed it most in this world and we pray that he receives even more reward in the next.

Like Yūsuf (‘alayhi al-Salām), Babar’s exemplary character and humanity towards others, and his patience while he was tested, were the ingredients for his relief from distress. We should learn from his example and not belittle any good deed and constantly strive to help, support and assist one another through difficult times.  Whether it be in a personal capacity, whether it be through a charity or organisation, let us strive to help others in need for no other reason other than out of taqwa of Allāh. Babar is someone who understands the humanitarian aspect of our religion more than most and the need to be there for those in need. He did none of these deeds seeking praise or personal gain and his reward only came many years later. And this was guaranteed, for the Prophet Muhammed (sallAllāhu ‘alayhi wasallam) told us that Allāh aids His servant so long as he aids his brother.

As Allāh assures us in the Qur’ān,