Will it stop if we look away? #Gaza #CAR 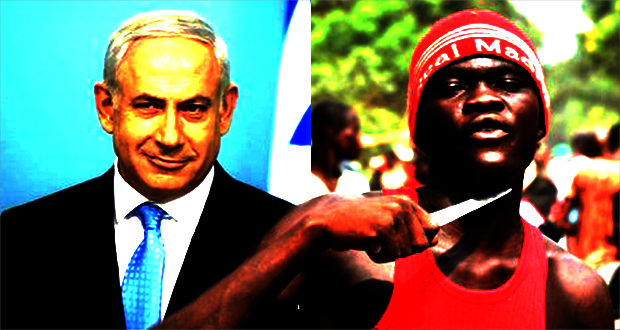 As Gazan children under fire are deemed invisible to unmoved eyes, Syrian stomachs turn cold under torn shreds of rubble. We remember the pains of Srebrenica as Muslims in the Central African Republic have no route to escape. There are currently 50 million refugees in the world, the largest number on record since the Second World War. A bulk of these, Syrians fleeing Assad’s regime and 1.7 million of these individuals are those imprisoned in Gaza, made refugees in their own land.

As a ground offensive in Gaza continues the ongoing bombardment of missiles on innocents in hospitals and homes seems unable to move the politicians of this world. Over 500 hundred lives have been lost in this offensive, with well over 2,000 civilians including the last two offensives undertaken by Israel in the Gaza Strip. Is it that we’ve seen so much we are no longer moved by the pains of mothers and no longer horrified by the death of innocent lives?

I ask myself, is it because foreign governments know of their complicity to the resulting deeds that they will not let themselves realise the reality of abuse that is taking place; complicity in arms, complicity by turning a blind eye and complicity in fooling the Muslims some 60 years ago?

Whether it’s Operation Protective Edge or the Anti-Balaka (translating ‘Anti-machete’) of the Central African Republic, missiles or machetes, victims speak for themselves. On my recent visit to Chad to meet refugees who have had to flee their homes in the Central African Republic, many blamed the level of violence purported towards the Muslim Community on the French peace keeping troops. Not for what they may have done historically but what they had done recently. Accusations of arming the Anti-Balaka when disarming the Seleka weren’t difficult to find.

Muslim communities were left vulnerable with nothing to defend themselves with as they were killed in violent mob attacks. Women described to me how their men were killed; cut, burnt and then eaten whilst they remained locked up. Masjids were burnt and homes looted. The African Union forces working with the peace keepers have assisted in some leaving violence-torn CAR—a condition Amnesty international has placed under the banner of “ethno-religious genocide”. But the lasting impression of the peace keeping French forces in CAR was that they had in turn created the situation at hand, an impression which isn’t strange but a reminder of the Dutch and the clarity of the verdict earlier this week showing complicity and responsibility in the killing of hundreds of Muslim Bosnians some years ago.

As we dry our tears and moan of the situation our brothers and sisters find themselves in, we know little of their reality and little of their experiences. Donations for Gaza have hit welcoming levels and the solidarity is amazing to see, but are we a reactionary group of people in that we need to be in a situation as such in order for us to react? React in ways which don’t solve the issues at the core? The solution is not in the treatment rather it is in preventing the damage from taking place.

“Over 3,000 homes have been partially destroyed by the air strikes, and we’ve received figures that translates to an air strike here every four and half minutes.”

Avichay Adraee, spokesman for the Israeli military, when talking about the targets, said:

An arrogant statement unafraid to say what it is. This is the situation we find ourselves in, unashamed, unmoved and relentless in their strikes. Israeli politicians have called for the death of “Palestinian mothers” [3] and been praised for their comments, reactionary measures will not defeat this force. We’ve been down this road before with Gaza and it seems we’ve become accustomed to attack. Muslims in China are told they are not allowed to fast, Muslims in Burma are still suffering at the hands of Burmese Buddhists as though it was just the norm.

Whilst in Chad, I sat in a hotel room on the corner of my bed fearful on my first day wondering if someone was going to break in and it came to mind as to what must be going through the hearts and minds of those under the tents I visited in the morning and those in tents all over the world.

As I worried about my luggage and not having my preferred shower gel I thought of the refugees who had fled their homes with nothing but the clothes on their backs, leaving behind their families, businesses and homes. When I was told on a sixteen-hour drive through a dirt track there was no restroom for me to use, I remembered the fly infested holes I saw in the camps and the fact that 2.5 billion people worldwide have inadequate sanitation facilities.

The Palestinians in Gaza were refugees and prisoners in their home long before this attack. Refugees who are a part of the 50 million strong force.  We may be away from our natural home and as travelers in this world, but to be in this world continually running or attempting to hide from violence is something we cannot begin to comprehend.

It is Ramadān and we are in our last ten days, to contemplate and to think are but two of the things we do in this month, thinking of the positions we find ourselves in and the tests that we endure. It may be that we find ourselves in relative positions of ease but we should remember that this position may be an even greater test upon us.

Sometimes I want to close my eyes and hope not to see any more suffering. I watch it, I read it, I search for it and document it. But I think to myself, if I was to close my eyes this violence would still take place. All that would really change would be my ability to combat it. 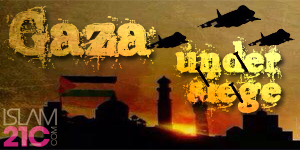