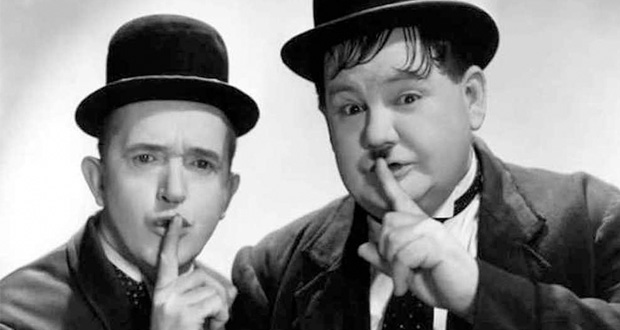 It was claimed they are both strong critics of Prevent though an online search for Mike Howes failed to find a single one of his criticisms. Dal Babu, it seems clear, is merely critical of the way Prevent was implemented, saying it “started off as a good idea but had become less and less trusted”.[ii] He even failed to criticise the infamous planting of CCTV cameras in Muslim areas of Birmingham, which were removed after protest. He is quoted, again, as merely being against the clumsy implementation, being installed before the Muslim community had been sold on sectarian targeted CCTV, and his only stated concern was the waste of money.

“Cameras had been implemented without the community understanding. A huge amount of money has been spent on this. At a time when we have limited resources…[etc.]”

His only complaint about giving Prevent money to Quilliam was again due to their being “viewed with deep suspicion in the Muslim community.” I can find no substantive criticism of the structurally racist, pseudoscientific and outright counter-productive counter “extremism” policies we’ve come to detest, simply that it wasn’t done sneakily enough to succeed.

“What you’ve got to do,” he explained as though talking to a Tory politician, “is make sure this is about safeguarding more in general. There is a danger in saying this is just about the Muslim community.”

And so, on the anniversary of the Westminster Bridge attack, in a mosque, bogusly claiming backing by the Muslim Council of Britain, Babu and Mike launched their attempt at making a new Prevent not seem Muslim focused. Dal Babu’s former colleagues have just caused a spike in popcorn sales.

They claim it is an alternative to Prevent that will be welcomed by the Muslim community because it will be Prevent, “but without the stigma”. I think they haven’t really grasped what it is we don’t like about Prevent: any of the many things that make us feel special. The most special of them, which probably makes us stand out uniquely from the rest of humanity, is the community wide dispensation of the presumption of innocence for crimes that haven’t even happened yet. The opening of the xenophobic floodgate is also deserving of mention. It was recently found that 70% of NHS staff would report a patient under their care to Prevent for possessing an Islamic philosophy book.[iii] The other 30% were probably Muslim staff marvelling at the stupid question they were being asked. As Prevent training does not actually promote this level of vigilance it shows all that is needed to get even the more educated people of this nation rounding up foreign looking suspects is to set the ball rolling. Why Babu and Mike think the Muslim community would welcome another ball of any similar description rolling in anything like the same direction is a mystery.

The organisers claimed they had the full backing of the MCB but I have it on the best authority that the MCB heard no more than vague proposals of the idea beforehand and haven’t agreed to any co-operation. It is hard to know if the idea behind using the MCB’s name was to give credibility to Babu and Mike’s Prevent or to ruin the MCB’s credibility among Muslims. Perhaps both. Either way making false claims is not going to help earn Babu and Mike the trust of the community.

Mike Howes says “I am pretty sure no one outside the Home Office thinks Prevent is working.” But within the Home Office are Islamophobia professionals, spending their working hours thinking of new ways to make people fearful. It is clear that the government feel Prevent serves its intended purpose and have no intention of giving it up. Under such circumstances a Muslim asking for an alternative to Prevent would be like someone who is being beaten with a club asking instead to be beaten with two clubs.

I think we should always keep in mind when considering Prevent that we are something of a convenient patsy. It is not possible for Muslims to find an alternative which will lead to Prevent being dropped as it is about much more than just us. The civil servants have discovered two things. One is that making people with different ideologies seem threatening is a job for life.  The other is that Prevent is a free at the point of delivery Stasi-like structure that suits the Tories’ simplistic authoritarian vision of society where there is a single Good Group and the Others. In fact the Stasi, the East German Secret Police, managed their mass surveillance with only 90,000 employees and 170,000 informants.[iv] In the UK well over half a million state employees and counting have been trained by Prevent and told they are now legally bound informants.[v] As if that is not Kafkaesque enough this week the police have called on every “Good Citizen to become a counter-terrorism citizen”.[vi] It is quite clear that the intention is to roll out Prevent to every Good Citizen in the Good Group.

In a reluctantly multicultural society, one that is very believably “Four meals away from anarchy”,[vii] and in an always uncertain world it is predictable that this government will love and nurture this extreme new conformity tool. It has already started to target others beyond Muslims and the potentially violent in the Far Right, to anarchists, anti-fracking and animal rights campaigners and any radical thinkers, with it being hinted that those who believe in conspiracy theories are on the list. As news of “referrals” spreads, fear within Other communities will have a self-censoring effect. At some point they will outlaw theories suggesting that the government is trying to control our thoughts and the circle will be complete.

The reality of Prevent is so much something that belongs in a dystopian nightmare that it comes as no surprise that Babu and Mike’s Prevent is called “Safe and Secure”, no doubt designed to sound reassuring, thankfully, it just sounds creepy and dystopian so we’ll know to avoid it.