Call to Help Syrians this Winter 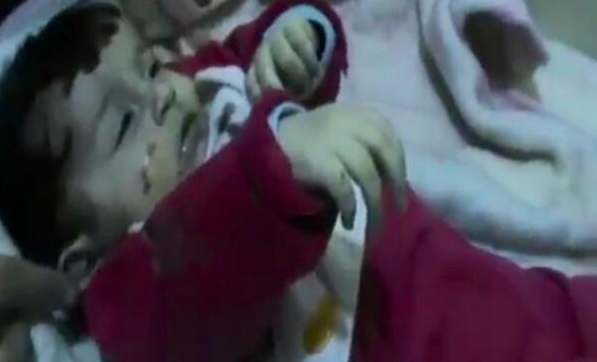 I am sure that many of us have witnessed the picture of that small, beautiful baby with a stiffened body and two extended arms who died because of the bitter cold in Syria. Reports have confirmed that this winter is one of the coldest recorded to have ever hit the Middle East.[1] Many young children are dying due to a lack of basic needs, including anything to keep them warm.[2] Food is far from being enough and clothes are not adequate enough to resist the severity of this harsh winter. There are no heating systems as they were destroyed by the Assad regime, and those that remain have no fuel to operate. It is of the worst catastrophes to have ever hit a country in modern times. Pages can be written to describe this overwhelming crisis. The question is, however: are Muslims going to watch helplessly and advocate the hypocrisy of Muslim leaders who have become voluntarily deaf and blind towards what is happening?

Indeed the leaders of Muslim countries take the greatest responsibility towards the Muslims and carry the greatest burden for forsaking them. People of authority will be of the first held accountable for not helping those in need. Despite this, we are not freed from the responsibility as individuals, as it is still in our capacity to provide help.

The essence of our imān in the unity of Allāh and in His Book, is to establish the unity of those people who submit to them. This unity is manifested in different ways. The Messenger of Allāh (Ṣallāhu ‘alayhi wa salam) said, “The believers in their mutual kindness, compassion and sympathy are just like one body. When one of the limbs suffers, the whole body responds to it with wakefulness and fever.”[3]

“The believers, both men and women, support each other; they order what is right and forbid what is wrong; they keep up the prayer and pay the prescribed alms; they obey God and His Messenger. God will give His mercy to such people: God is almighty and wise.”[4]

Every single Muslim living on this earth should ask himself or herself the following question: do I truly feel part of the pain the Muslims in Syria in particular feel? How am I responding to this pain? Every one of us should imagine his or her children living their nights with no food and no shelter. Would he or she not feel angry with those individuals who know about this yet do nothing to help?

In the time of calamity and when zakāh is not sufficient to fulfil the needs of the destitute Muslims that we are aware of, sadaqah is likely to become obligatory until these needs are fulfilled. In other words, it is very likely that it is obligatory upon every one of us to spend from his income and savings a considerable amount of money to save the life of those Muslims who are dying due to the lack of basic life necessities. In fact, some even say that our obligation on the grounds of Islamic brotherhood and sisterhood compels us to tighten our own expenditure in order to save money that can be used to save the lives of those young children.

On account of [his (on the sons of Adam) deed], We decreed to the Children of Israel that if anyone kills a person– unless in retribution for murder or spreading corruption in the land– it is as if he kills all mankind, while if any saves a life it is as if he saves the lives of all mankind. Our messengers came to them with clear signs, but many of them continued to commit excesses in the land.[6]

Anas ibn Mālik narrated that when the emigrants migrated to Madinah, they resided in the homes of the Ansār and said: O Messenger of Allāh, We have never seen people like the Ansār. They are the best consolers when they have little, and the most generous when they have much; they worked on our behalf and gave us from the yield. Hence, we believe that they will win all the reward. The Prophet (Ṣallāhu ‘alayhi wa salam) said: “This is incorrect (i.e. you will share the reward with them) as long as you praise them and supplicate Allah the Almighty for them.”

It seems that the concept of sharing the sustenance during times of crisis was the norm during the time of the Prophet (Ṣallāhu ‘alayhi wa salam). Abu Musa (RaḍiAllāhu ‘anhu) reported that the Messenger of Allāh (Ṣallāhu ‘alayhi wa salam) said, “When the Ash’ariyun (members of Abu Musa’s tribe) run short of food in the Jihād or when they are at home in Madinah, they collect all the provisions they have in a sheet and then divide it equally among themselves. They are of me and I am of them.”[7]

Jarīr bin `Abdullah (RaḍiAllāhu ‘anhu) reported: “We were with the Messenger of Allāh (Ṣallāhu ‘alayhi wa salam) shortly after dawn when there came to him some people clad in woollen rags, or covered with sleeveless blankets; and with swords hanging down from their necks. Most of them, rather, all of them, belonged to the ‘Mudar’ tribe. The face of the Prophet (Ṣallāhu ‘alayhi wa salam) changed when he saw them starving. Then he went into his house and came out; then he commanded Bilal (RaḍiAllāhu ‘anhu) to proclaim Adhān (call to prayers).

“So he proclaimed the Adhān and recited the Iqamāh and the Prophet (Ṣallāhu ‘alayhi wa salam) led the Ṣalāh. Then he delivered a Khutbah (sermon) saying, ”People, be mindful of your Lord, who created you from a single soul, and from it created its mate, and from the pair of them spread countless men and women far and wide; be mindful of God, in whose name you make requests of one another. Beware of severing the ties of kinship: God is always watching over you.”[8] He also recited the verse at the end of Surah Al- Ḥashr: ‘You who believe! Be mindful of God, and let every soul consider carefully what it sends ahead for tomorrow.’[9]Thereafter, every man gave in charity Dinār, Dirham, clothes, full measures of wheat and full measures of dates until he said: ‘(Give in charity) be it half a date’. Then a man of the Ansār came with a bag that he found difficult to hold. Thereafter, the people came successively (with charity) until I saw two heaps of food and clothes. I noticed that the face of the Messenger of Allāh (Ṣallāhu ‘alayhi wa salam) was glowing like that of the bright moon or like glittering gold. Then he (Ṣallāhu ‘alayhi wa salam) said, ‘Whosoever introduces a good practice in Islām, there is for him its reward and the reward of those who act upon it after him without anything being diminished from their rewards. And whosoever introduces an evil practice in Islām, will shoulder its sin and the sins of all those who will act upon it, without diminishing in any way their burden.” [10]

The companions understood the type of solidarity that Islam required them to fulfil and demonstrate in the community and amongst themselves. Ibn ‘Umar narrated that a man from the companions of the Prophet (Ṣallāhu ‘alayhi wa salam) was given a sheep as a gift so he said: “my brother is in greater need of this than me.” The sheep was then given away and likewise did the receiver until it moved between seven homes, returning to the first. For this Allāh revealed: “…They (Ansār) give them (Muhājirūn) preference over themselves, even if they too are poor…”[11]

Similarly, when the Muslims were afflicted with a famine in the year 18AH, ‘Umar ibn al-Khattāb who was the Caliph at that time ceased from eating with his family and started to eat the food prepared from the Muslim treasury. In fact, he stopped his very own family from eating meat and fruit until all Muslims afflicted by the famine were able to enjoy these foods again.

Such calamities were deemed valuable opportunities by the righteous of the past. Ḥakīm ibn Ḥizām (RaḍiAllāhu ‘anhu) said: “I have never awoken, finding no needy person at my doorstep except that I knew it was a calamity that I asked Allāh to reward me through.”

In fact the early Muslims even sympathised to a great degree with animals. Once ‘Abdullah bin Ja’far (RaḍiAllāhu ‘anhu) was passing through a forest when he went by an orchard where an Abyssinian slave-boy was working. Someone brought him his food and, at the same time a stray dog came into the garden and stood by the slave. The man threw a piece of bread to the dog that ate it but did not go away. The slave threw it a second piece and a third one, thus letting it eat the whole of his daily provision of food, keeping nothing back for himself. ‘Abdullah bin Ja’far, who had been watching this, said to the boy, “How much bread do you get as your daily ration of food?” The boy said, “I get three loaves everyday, as you have just seen.” Ibn Ja’far asked, “Then, why did you prefer a dog to yourself and feed it all the three loaves?” The boy said, “There are no dogs living around here. The poor creature must have travelled a long distance to reach here and it must be feeling very hungry. So, I felt ashamed to send it away, without serving it any food.”

Finally, we should make sure that we do not forget our brothers and sisters from our sincere supplication in the night and day and to furthermore be thankful to Allāh for his unlimited favours upon us.