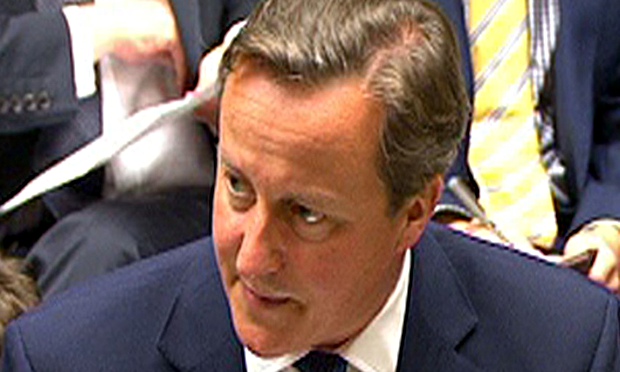 (London, UK) On 29 August 2014, UK Prime Minister David Cameron publicly declared that the threat level to the UK had been raised[1] due to fear of British nationals returning from the Middle East.

CAGE[2] has been documenting abuses of due process in the War on Terror for over a decade and expresses grave concerns about the planned measures.  CAGE’s Research Director, Asim Qureshi, commented:

1.      “This is a wild overreaction by UK government that will lead to further curtailment of civil liberties and abuse of the rule of law.  Passport removal powers have always existed and have already been used against several individuals.  Today’s developments can only be seen as another opportunistic grab for power by the security state after an escalation in the climate of fear.”

2.      “Such a policy raises questions and serious concerns around how such decisions will be made and on whom it will be applied: will aid workers and journalists have their passports confiscated?  Will this apply to only those Britons that are of Muslim background even if they are medics, aid workers or journalists? What scrutiny will exist for such decisions and how can an individual challenge such decisions?”

3.      “The answer is not to further criminalise the Muslim community by removing their rights without due process and by extending anti-terror laws.  This will only fuel disenfranchisement and anger amongst Muslims in Britain.  In its report, PREVENT: A Cradle to Grave Police State[3], CAGE has documented how the PREVENT programme has treated Muslims as a suspect community.  It has alienated the Muslim community to such an extent that it is now a cause of radicalisation.  Any further extensions will turn the Muslim community into a criminal community subject to McCarthyist style witch-hunts.”

4.      “Since the start of the Arab spring on 18 December 2010, hundreds of British nationals travelled to the Middle East, including to countries such as Tunisia, Egypt, Libya, Syria and Iraq. During that period of time there has not been a single incident of British nationals returning to the UK having been involved in plots to commit acts of political violence. Based on current experience, the ‘threat level’ seems to be widely exaggerated.”

5.      “CAGE has reported[4] on the risk posed by those who travel to Syria, and particularly on the way in which ‘threat levels’ to the UK are increased – being very much based on both a hawkish foreign and domestic policy.  Since 24 September 2010, the threat level has remained at a constant ‘substantial’ throughout and it has only now been increased to ‘severe’ following UK government involvement in Iraq.”

6.      “Figures related to British volunteer fighters in Syria and Iraq have been widely exaggerated and remain unsubstantiated, feeding into the climate of fear that is designed to provoke knee jerk reactions[5].  There are even claims[6] that 500 have joined the Islamic State organisation which are completely false.”

7.      “British military involvement in the Muslim world is the root cause of radicalisation and the cause of the counter threat from the Islamic State. IS has not declared the UK to be a target of its operations, although this may now change since UK involvement in bombings.”

8.      “Those individuals who are absolutely determined to take up a military role in the struggles in Iraq and Syria and lose their life in the process are not likely to be deterred by the thought of a loss of British passport.”

CAGE repeats its calls on the UK government to:

·        Stop foreign military intervention in the Muslim world
·        Abolish the counter productive and discredited PREVENT programme and instead use proven criminal investigation and law enforcement techniques to prevent crime
·        Safeguard the rule of law by adhering to due process for all ~
·        Announce an amnesty for British nationals that may have gone to Syria or Iraq to fight and who wish to return back to the UK advocated by intelligence experts such as Richard Barrett, former head of Mi6[7]

1.      Prime Minister Cameron’s plans are described here: http://www.bbc.co.uk/news/uk-28987175
2.      CAGE is an independent advocacy organisation that works to empower communities affected by the War on Terror and to highlight abuses of due process.
3.      The full PREVENT report can be accessed here: http://www.cageuk.org/publication/prevent-strategy-cradle-grave-police-state
4.      The full Blowback report can be accessed here: http://www.cageuk.org/publication/blowback-foreign-fighters-and-threat-they-pose
5.      As mentioned by Paddy Ashdown and others: http://www.theguardian.com/commentisfree/2014/aug/30/counter-terrorism-jiahdis-britain-strategy-islam
6.      This article contains an example of this unproven and wildly exaggerated claim: http://www.thesundaytimes.co.uk/sto/news/uk_news/National/article1453380.ece
7.      Richard Barrett argued that returnees could actually play a useful role: “The one thing with these people who are out there who would like to come back and just want to be shown that there’s a way to come back, they can be very, very useful indeed in preventing further radicalisation and dealing with the problem we have at the moment.” Source:http://www.independent.co.uk/news/uk/politics/pm-sets-out-tough-new-antiterror-measures-in-response-to-heightened-threat-9701864.html1a
Cage UK
EDITORIAL ISIS
Share. Facebook Twitter LinkedIn Email Telegram WhatsApp
Previous ArticleIs David Cameron leading the UK to disaster?
Next Article Why do we delay suitable marriages?