Is David Cameron leading the UK to disaster? 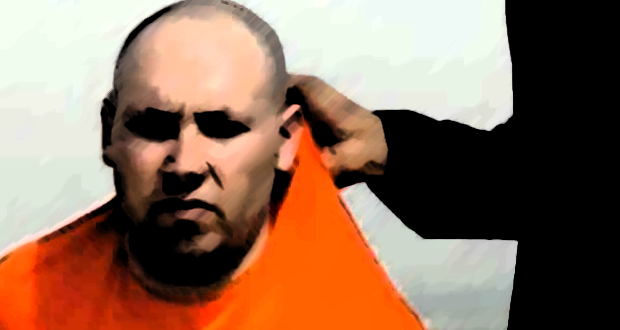 Another Journalist Murdered by ISIS as Cameron Leads UK to Disaster

Journalist Steven Sotloff is dead. He was beheaded in another grisly ISIS video posted on the Internet. The life of British national David Cawthorne Hanes was threatened this time towards the end. What sort of response is warranted by the UK? Should that response be more air strikes? Should it be more legislation? On Monday UK Prime Minister David Cameron went before Parliament to ask for new “Anti-Terror” legislation. Among the tools he said he required to keep the people safe were the following:

– Legislation to allow police to confiscate passports of suspected terrorists at UK borders;

– Airlines will be forced to hand over additional information regarding those traveling to and from conflict zones;

– Ways to stop suspected terrorists from returning to the UK.

Will this type of legislation help to save the lives of the innocent and prevent these sorts of events from happening? Before rendering judgment, there is some information the people of the UK should be aware of. Hence the following two points:

As a journalist I spent a considerable amount of time documenting all kinds of fighters in the Syrian territories, many of them were foreign. Actually, quite a few of them were from the UK. During my time filming them I was privy to all sorts of unguarded conversations. I listened to conversations about everything from video games to marriage, to warfare and everything in-between. Up until the beginning of this year it was extremely rare to hear any of the British fighters talking about coming home to attack the UK.

“Why would I? If that’s what I wanted then why did I leave the UK and come to Syria?” some would say. “You can learn to make bombs on the Internet. If I wanted to blow up London I didn’t have to risk coming here [to Syria] and fight a proper military,” was also heard. Most of the talk amongst the British fighters was about saving the Syrian people. Taking away Bashar al-Assad’s bases and making towns safe for residents was the chatter that dominated the day and gave the fighters a sense of real achievement. Did a few of them mention attacking London? Sure they did, but virtually no one thought that was an idea worth thinking about.

“Once we’ve taken care of Bashar, we’ll march to Israel and free the Palestinians,” is what was on everyone’s minds. A few mentioned taking on Hezbollah in Lebanon if they decided to “stick their noses in our business”. However, virtually no one was even talking about attacking London. History has recorded that up until now there haven’t been any attacks on UK soil by foreign fighters. Even the raising of the terror threat to “severe” was admitted to have not been based on any intel of an imminent terrorist attack.

A year ago there were many British voices amongst the fighters who thought the UK was going in the right direction by seeking the overthrow of the Assad regime. Back then, if anyone talked about attacking the UK there were many voices shouting them down making it clear that the UK government, for once, wasn’t bothering them or making it hard for them to put Assad out of his misery. Today, unfortunately, those voices would not even be remotely taken seriously. What calm, reasonable voices in those ranks today could explain away the UK government’s maniacal pursuit of new legislation to protect them from threats that are documented to have never existed?

I don’t doubt that there is talk now about having to launch “deterrent attacks” on the “British enemy”. Whether that talk actionable or not is something I cannot say. However this I can say: the topic of attacking the UK wasn’t even a topic until the foreign fighters felt they were “attacked” by the UK government trying to jail them upon return, harassing and raiding the homes of their families in their absence, and seeking to strip them of their citizenship. At that time, even though ISIS was a fully functional group, there were very few British fighters in their ranks. Those numbers have since changed.

Therefore it is the right of the people of the UK to ask David Cameron how he intends to end this war on terror. What is the end game policy? Then the people can examine the costs and compare it to the profits (if there are any). Giving political leaders open-ended support for a war that has no clear goals is extremely dangerous. Five years from now how would the people know if they were winning or losing? Since there aren’t clear goals, who is to say?

Revoking the citizenship of fighters who went to Syria and Iraq to fight until their aims (whatever their aims may be) are achieved or until they die is not much of a threat for them. This is the type of legislation of those who do not nearly understand the problem. Useless and ineffective legislation of this nature is what gives rise to groups like ISIS and silences calm and mature Muslim voices. Fighters who did not join ISIS and those who did are not the same. Treating them as if they are is either extremely lazy, grossly reckless, or an utterly uninformed approach. The people of the UK must understand that they need to pressure their lawmakers to stop enacting policies that take them no closer to ending the hostilities than pouring gasoline does to extinguishing a fire.

Finally, does Cameron think he can bomb all of ISIS? Is that remotely realistic? Steven Sotloff cannot be brought back. However, if calmer Muslim voices are silenced by futile UK government policy, exactly who will lead the charge against ISIS? Giving a voice to certain Muslim leaders to make YouTube videos denouncing ISIS again is grossly ineffective as those Imams never held sway with the type of Muslim that might be influenced by ISIS in the first place. UK citizens need to ask Cameron immediately if he has a real long term plan for dealing with British citizens who fought valiantly to save Syrian lives and those who fought hard to unjustly take them. Are they one and the same?

I think it is time the “shareholders” held a serious board meeting.