Courage in a Time of Fear 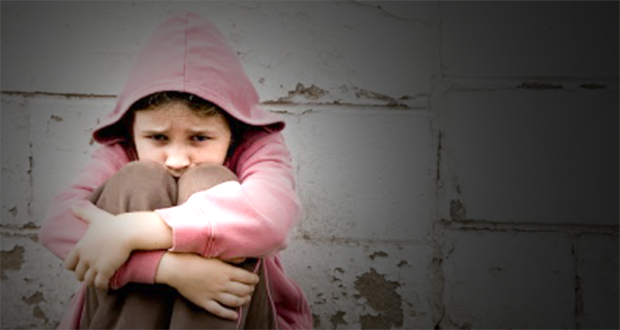 This week, BBC Radio 4 aired a documentary about the chilling impact Britain’s anti-terror laws and policies are having on the ability of charities to deliver life-saving aid to dying children in Syria, Gaza and Somalia. Despite it being recognised by the UN that millions of people in Syria are not accessible to international aid agencies, UK-registered charities that have literally been the lifeline to these people, are now too afraid to work in those areas, out of fear of being prosecuted under Britain’s draconian anti-terror laws. This fact was recognised by the UN Under-Secretary General for Humanitarian Affairs, Baroness Valerie Amos who said more people would die in Syria because charities feared prosecution if they worked in areas controlled by proscribed groups such as ISIS.

It will come as a surprise to many that these same counter-terror polices are also resulting in the disruption and harassment of UK-registered charities that operate exclusively in the UK supporting vulnerable women and children in Britain. Helping Households Under Great Stress (HHUGS) is a registered charity that has supported vulnerable women and children in the UK for over a decade. Through the provision of emotional, financial and practical support, HHUGS has helped to end the ostracising of these women and children whose only crime is to be the family of a prisoner. HHUGS has been instrumental in the empowerment of these women through the provision of driving lessons, English language classes, educational and vocational training, and financial management courses. For ten years, HHUGS has facilitated visits to enable children to be united with their fathers detained hundreds of miles from their homes, for the sole purpose to bring a smile to their faces. HHUGS has organised Eid parties and outings for these families and financially supported them through the payment of energy bills, debts, rent, and other household expenses.

Two weeks ago, HHUGS’ bank account was closed down by Barclays Bank without any prior notice and on the eve of Ramadān. No explanation was given for the closure although the bank did advise that they could reopen banking services for HHUGS if our circumstances changed. What those circumstances are remain a mystery. This is not the first time that HHUGS has had its bank account closed during its decade-long existence. On each occasion, it has caused stress, anxiety and severe disruption to operations including the inability to pay employees and service providers, and most crucially interrupting the delivery of urgent support to its beneficiaries. Thousands of pounds in standing orders have been lost and Barclays inexplicably still has not released the charity’s funds which remain in their possession.

Despite the mud-slinging, HHUGS has never, by the permission of Allāh, been accused of or implicated in any breach of the law. Nevertheless, the attacks have continued on it on the basis of the same counter-terrorism policies that are resulting in the hindering of aid efforts in Syria. Yet HHUGS is not alone in this struggle. Numerous other Muslim-led charities and organisations have had their accounts closed in recent years and been the subject of investigations by the Charity Commission. This has recently led to the Chair of the Association of Chief Executives of Voluntary Organisations (ACEVO) Sir Stephen Bubb expressing his belief that the Charity Commission appears to be disproportionately targeting Muslim charities [1], a claim rejected by the Commission [2].

What has been inspirational in all of this has been the courageous stance taken by the Muslim communities in continuing to support these charities and organisations. Despite an initial view being taken that the news of the account closure should not be publicised for fear of scaring supporters away, following a private appeal to long term supporters, HHUGS was hit by a tsunami of goodwill loans and donations to help it ride the latest storm to safety. The response from the community was nothing short of incredible and truly gave life to the words of Allāh:

Those to whom hypocrites said, “Indeed, the people have gathered against you, so fear them.” But it [merely] increased them in faith, and they said, “Sufficient for us is Allāh, and [He is] the best Disposer of affairs.” [3]

That is only Satan who frightens [you] of his supporters. So fear them not, but fear Me, if you are [indeed] believers. [4]

HHUGS are indebted to our supporters who supported us through thick and thin over the past decade and who have shown that it is only Allāh, and not the banks, that they fear.

On the first Friday of Ramadan, the answers to their fervent supplications came with the opening of their new bank account. Allāh’s help and mercy came down because of your response. It is because you all exerted your maximum efforts to support HHUGS at such a critical time, that Allāh bestowed His mercy.

The road ahead is bound to be difficult in the current climate but I am confident that whatever challenges are thrown before us, we will, with Allāh’s help and passionate and courageous supporters like you, always emerge victorious inshā’Allāh.

1. Be a generous heart beating in support of HHUGS – Faced with the onerous task of rebuilding our monthly income from scratch, we at HHUGS are asking you to set up a standing order – whether it’s £10, £20, £30 or £50 a month, your regular donations are the only means of sustaining our work.

NB: Please ensure you contact us with your name, contact details and the donation amount on [email protected], and if you are a UK taxpayer, don’t forget to complete a Gift Aid declaration [7] to help us maximise your donation.

2. Make a single donation [8] in the best month to give sadaqah.

3. “Charity (zakāh) is to be collected from the rich (members of a community) and distributed amongst its poor.” [9]

The scholars of the four madhāhib are in agreement that the most deserving recipients of zakāh are those in your own country. HHUGS currently distributes almost £5000 every month to eligible families in the UK. If you have not yet donated your zakāh, then consider giving it to HHUGS, for those in need, right here in the UK.

4. If you feel you cannot donate much yourself then why not fundraise for HHUGS? Join our Scafell Pike Summer Challenge [10] or order one of our Penny Boxes [11] to help us rebuild lives this Ramadān!

[9] Reported by al-Bukhāri and Muslim