Are you ready for our first ever NATIONAL CAMPAIGN?
Home / Campaigns / Encouraging Qunūt for the Muslims of Gaza 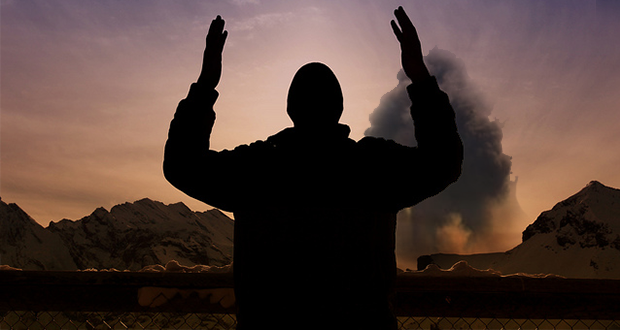 Encouraging Qunūt for the Muslims of Gaza

All praise is due to Allāh, the One who hears both that which is said aloud and in secret, providing relief from calamity and misfortune. May peace and blessings be upon the special elect, the Prophet Muhammad, his family and all of his Companions.

The catastrophic situation that the Gazan Muslims are currently facing compels us (as well as making it an obligation on all Muslims) to support them in any way we can. Israel for decades has, and continues to practice brutality and barbarism against the besieged Muslims in the thin strip and in the rest of Palestine. The scale of the occupational force’s incursions into al-Aqsa sanctuary this year have been unprecedented while its most recent assault on Gaza adds to its repertoire of massacres against civilians in the region. Israel’s most recent escalation was both instigated and fuelled by its war machine without provocation. This follows the kidnapping of young boy Mohammed Abu Khdeir by its extremist settlers, burning him alive in what they claimed was to ‘avenge’ the deaths of three settlers, the killers of whom remain unknown.[1] In response to Palestinian protests against this heinous crime, Israeli forces faced protestors with further bullet rounds and gas, killing several and injuring dozens. In utter bitterness, Israel commenced operation ‘Protective Edge’ in order to punish the civilians of Gaza and its governing authority, Hamas, despite the latter denying any involvement or even knowledge of the three Israeli settlers’ deaths.[2] Israel has so far murdered hundreds of Palestinians, three-quarters of whom are women and children, has wounded near to 1,500 and has left Gaza in total carnage. Again.

We must note that the Palestinian resistance has shown an incredible level of bravery and sacrifice. In a bid to protect the sanctity of Palestine from this illegal invader, the resistance has expended all that is within its means to counter this offensive. Israel’s occupational force has yet again proven its futility against the resolute, Gazan people who are strengthened by their yearning for martyrdom, energised by fasting the summer days and praying the nights and hopeful in Allāh for His victory. We as Muslims across the world are obliged to assist them in whatever way we can, not least through supplication in this month when a believer’s supplication is answered. The Prophet said,

“The Muslim is the brother of another Muslim; he does not betray him, lie to him or forsake him.”[3]

Supplication is the least we can offer to the oppressed

Amongst the most important and effective ways of supporting the people of Gaza is to make Du’ā to Allāh to alleviate their hardship, grant them victory and help them to be free of the illegal invaders and aggressors sooner rather than later.

One of the important legislated forms of supplication in such a circumstance is the Qunūt. What follows is a brief explanation of its rules and mannerisms.

1. What is meant here by Qunūt is to supplicate collectively to Allāh, Mighty and Magnificent, in obligatory congregational prayers to relieve a calamity that has afflicted a group of Muslims,

“Oh Allāh, save al-Walīd b. al-Walīd, Salamah b. Hāshim, Iyāsh b. Abī Rabī’ah, and the oppressed believers. Oh Allāh, put hardship and pressure on the tribe of Mudar and give them years of famine like those during the time of Yūsuf.”

He would say this aloud. In some of his (may Allāh’s peace be upon him) prayers such as the fajr prayer, he would say: “Oh Allāh, curse so and so”, cursing some tribes of Arabs until Allāh revealed:

“Not for you is the decision whether He turns in mercy to (pardon) them or punish them; they are the evildoers.” [4]

3. Qunūt takes place after rukū’ in the last rak’ah of all the obligatory prayers, whether the prayer is silent or loud prayer when performed in congregation (jamā’ah). There is no harm if it is confined only to the loud prayers since there is no specific evidence concerning this, and as such the matter is flexible.

4. Qunūt can commence with supplicating against the oppressors without commencing with al-hamd since it seems to be closer with Prophetic practice. Were one to commence with praising Allāh, there is no harm due to the generality of his (may Allāh’s peace be upon him) saying, “If anyone makes Du’ā, let him start with praising Allāh, then invoking salāh on the Prophet, then supplicating for what he wishes.” The same applies to invoking salāh upon the Prophet (may Allāh’s peace be upon him) – the matter is flexible.

5. We should not start this Qunūt by using the Qunūt of the witr prayer which starts with “Allāhumma ihdinā fī man hadayt…” because this, assuming that it is authentically reported as the Qunūt of witr prayer, is mentioned in a specific context and not as a general method. The Qunūt for calamity is for a completely different situation and different mannerisms are reported for it.

6. It is recommended to limit the Du’ā to the calamity and not prolong it by mentioning other things – in compliance with the practice of the Prophet (may Allāh’s peace be upon him).

7. Du’ā should be pronounced loudly by the Imām, and those who follow him should respond by saying “āmīn” after statements that contain a request.

8. When the Imām praises or glorifies Allāh, Mighty and Magnificent, those who follow him should keep quiet, not saying āmīn, Yā Allāh, Subhānaka, or anything similar. This has been explicitly stated by more than one of the tābi’īn and early jurists.

9. If the specific calamity passes, the Imām should stop performing Qunūt in the prayers.

10. You must follow the Imām whom you pray behind when he makes Qunūt, even if you don’t agree with this opinion. This is because following the Imām in that which does not invalidate the prayer is obligatory. Qunūt in the view of those scholars who do not allow it is not believed to be something that invalidates the prayer; the difference is whether it is a Sunnah or not.

11. We advise the Muslims to refrain from extremities in the Qunūt by beautifying it with poetic words. We should try to employ the supplications of the Messenger (may Allāh’s peace be upon him) which were concise and comprehensive.

12. We must make supplication sincerely and reflect on its meaning in our heart. This is the means for it to be answered by Allāh. The Prophet (may Allāh’s peace be upon him) said: “Know that Allāh will not answer a supplication arising from a negligent and heedless heart.”

I urge Imāms in the UK and other European Countries to practice this important way of supporting Muslims in Gaza until they overcome this calamity. We call only upon Allāh by way of His Beautiful Names and Lofty Attributes to remove the Muslims from calamity. He is the one able to do so, the All-Capable

Muslims should also take whatever permissible means there are available to them in order to help their brothers and sisters.  This includes giving generously in sadaqah and attending demonstrations with other people to show solidarity, put pressure on the Establishment and stand up to the oppressors.  One such demonstration will be happening tomorrow insha’Allah with people attending from all over the country[5]: 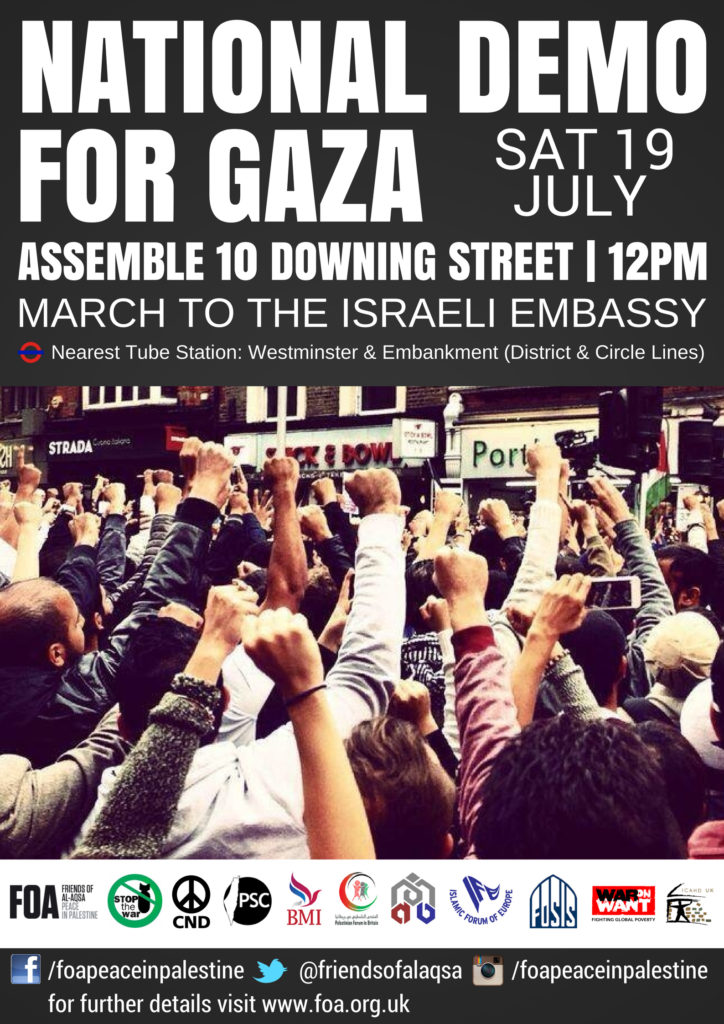