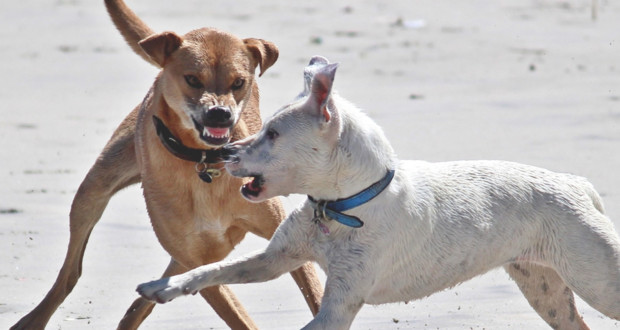 Dismantling the Language of Oppression: the Dog Whistle

And they had planned their plan, but with Allāh is [recorded] their plan, even if their plan had been [sufficient] to do away with the mountains.[1]

Oppression itself can be quite difficult to understand. If you look at the universal working definition of oppression from the Cambridge Dictionary, oppression is defined as:

The definition alludes to a situation of restriction and perversion of freedom of people. It is understandable that when we think of oppression we think of it in the most severe form of depravity and subjugation – violence, war and the physical destruction of people and land. Thus we naturally understand it as a warfare situation which aims to obliterate the oppressed group. We think of the destroyed infrastructures of Syria and Palestine or the oppressive tyrannical regimes that cripple the Muslim world. However, would you ever think “the language of the British media” when you hear the word “oppression”?

Without a doubt, the physical destruction and tyrannical regimes require a lot of attention because of the severity of their situation. Alḥamdulillāh, the Muslims in the UK are living a lot more securely compared to our brothers and sisters in other parts of the world. We ask Allāh to increase them in their reward and grant them success in this life and the next.

Having said that, it is still important to understand the current dynamics and narrative discourse of the Muslims in the UK. It is vital that we acknowledge that oppression is beyond the scope of physical violence and can manifest in different guises – like language found in media which manipulates and shapes a certain narrative to deprive the oppressed party from opportunities and humanness.

In this series on Dismantling the Language of Oppression we aim to illustrate how oppression can exist in a non-violent indirect manner which is destructive to the oppressed. In this article we will cover what dog-whistle politics is.

Let us focus on the type of language and narrative discourse used when discussing the Muslim identity. We cannot restrict oppression to exclusively the most extreme physical displays of hostility – like pulling off a woman’s hijāb or vandalising a masjid. Relatively, these forms are not as frequent and are not representative of the discreet and indirect forms of injustice—despite anti-Muslim hate crimes reaching four per day on average in the country’s capital.[2] Oppression and injustice can manifest themselves in different ways.

We also cannot simply state that physical violence, vandalism and racist discriminatory slurs are the only forms of oppression because this type of injustice itself is heavily contested and rebuked by the general British public. The British populace does not wish to be seen holding on to fascist, intolerant and hate-inciting beliefs saturated with bigotry and xenophobia. Gone are the days where the iconic EDL “Get out of here, and take your mosques with you” discourse was effective in combatting the ‘Islamification’ of Britain. If anything, there is a united backlash from the British public against right-wing blatant racist discourse, like Punish a Muslim Day.[3]

The prejudicial and oppressive narrative discourse used by our politicians has been reconstructed and repackaged in a far more diplomatic and palatable way. What is concerning is how effective it is at making the Muslim identity the “other”.

So what is the language of oppression now? Here is where the dog whistle analogy comes in. A dog whistle is one which, when blown, cannot be heard by the human ear – yet a dog is able to hear the noise and respond to it. The high frequency of the dog whistle is completely inaudible to a human and thus, ineffective in catching their attention.

The dog-whistle analogy is one of the most profound ways of understanding the language of oppression in the media. The altered and inconspicuous oppressive narrative discourse does not blow a loud, brash obvious whistle. Rather, it produces a frequency comprehensible by some that can catch onto the meaning sent out. What we read and what we understand are completely different. It could be that a speech is positive and in favour of protecting the British people, but what we understand is completely different. The new and altered form of oppression is troubling as it is done under the pretence of national security and appeals to the British public’s fear of terrorism. Oppression has evolved from “Go back to Mecca” to “You can live here and have a job, but your daughter can’t wear the hijab to school because we promote cohesion.” The discourse is disseminated by men and women in Parliament who are in positions of governmental leadership – essentially authorising this form of oppressive language. The language of oppression is no longer about biology or physical appearance, it is about nation-state and if someone can adapt to “British values”. Let us take the example of Theresa May. May was invited by BBC Radio to define extremism in the new counter extremism bill. She stated:

“there are people out there sadly that are seeking to divide us. We are a government of one nation. We want to bring people together to ensure we are living together as one society. But there are those who are trying to promote hatred and intolerance, seeking to divide us into a ‘them’ and ‘us’ and undermine our British values.” [4]

On the surface, we see May concerned about “extremist terrorist activities” which threatens the oneness and unity of the British nation and “undermines our British values”. Now why is this “dog-whistling”? Like the human and the dog, the human cannot pick up on the frequency that the dog can, so an interview like this can escape our notice without making us think it is a cause for concern. However – those who have the ability to hear at a high frequency – like the dog – are able to understand the implicit suggestions.

This is what the high frequency listeners hear. After the Manchester terror threat there was authorisation for MI5 officials to monitor and check masjids – as if it to suggest that it is a place of concern where the intolerable, dangerous incompatible form of Islām resides and breeds.[5] In order to qualify as possessing British values, Muslims in the UK require inoculation and screen testing to see if they are living harmoniously in “one nation”. May also states that the terrorists practise a “perversion of Islam”,[6] thus distracting from the empirically determined causes of terrorism to the racist assumption that it is ideology that drives non-White violence.[7] Considering that masjids are monitored and under constant surveillance, there is an implicit and indirect message that though Islām itself is not undermining British values, the Muslims who reside in the masjid are those who are incompatible with “British values”. It is as if strangeness of the Muslims (be it through their attendance to the masjid and their physical garments) equates to potential points of concern. The connection between the masjids and the “perversion of Islam” is a problematic connection. Being Muslim is not the issue, but being a Muslim who openly expresses their religion is where the concern lies as it is usually this type of Muslim who would enter masjids and engage in “questionable” activities.

Human hears: We have a bill to protect us from radical Islām.

High frequency small group of listeners hear: Not all of Islām is a problem, but the ones who reside in MI5-monitored mosques are points of concern. That is where the fearful rare breed of Islām is from.

Once you understand the concept of dog-whistle politics, you start to notice how often it appears. Dog-whistling may not always be done purposefully with malicious intent to subtly push forth another narrative; sometimes, it is completely innocent. However, we cannot deny that when a matter as serious as national security becomes a part of dog-whistle politics, the repercussions can be quite severe. The problematic and controversial idea that Britain needs to control Islamic activity in masjids is extremely polarising. The Islamic identity is depicted as a point of concern that requires regulation and potential intervention if it transgresses the ‘acceptable’ version of Islām. Ultimately, May’s speech could be understood as a governmental call towards the regulation of Islām and a purification of the “type” of Islām British Muslims ascribe to. The socially acceptable, untainted version is one that distances itself from the masjid and Islamic foreign activity. Anything that defies the version of “good” Islām, which is the socially tamed, docile, apolitical body, is perceived as hostile.

Previous: Shaykh Qaradawi to his imprisoned daughter: A year has passed and I haven’t forgotten you
Next: Sheikh Raed Salah released from Israeli prison to house arrest