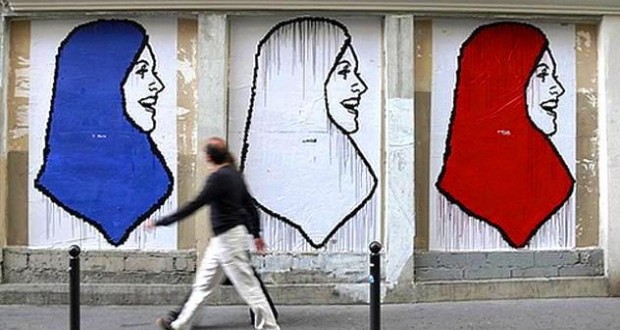 “Of the believers are men who are true to that which they covenanted with Allāh. Some of them have paid their vow by death (in battle)…”[1]

The recent tragic events in Paris have put the spotlight on the Muslims in France. Indeed, there was a time when the land of the Muslims stretched from the Middle East, through Africa, the Iberian Peninsula right up to, and including, parts of France. This was during the Ummayad Caliphate when Muslims were perhaps the foremost military power in the world.

Tariq b. Ziyad led a conquest and liberated Spain, in or around 710 from the tyrannical Visigoths. Following that, the Umayyad troops under Al-Samh b. Malik al-Khawlani, the walī (governor general) of al-Andalus, overran Septimania. This included the area known today as Catalunia, and he set a base in Narbonne in Southern France which lies 849 km (528 miles) from Paris. To Muslims, this location was known as Arbuna.

In 721AD, Al-Samh b. Malik led a contingent of Muslims to Toulouse in France. Here they laid siege to subdue an enemy fighting under Duke Odo (also known as Eudes the Great), whose territory included the Duchy of Vasconia (in the south-west of Gaul) and the Duchy of Aquitaine. During the siege, Odo deceived the Muslims by appearing to leave the city, only to return by launching a surprise ambush and attack on them and, in the process, mortally wounding Samh b. Malik.

Duke Odo was sandwiched between the Muslims in the south in Spain and the emerging Franks in the north. In 730, Emīr ʿAbd-ar Raḥmān al-Ghafiqi turned his attention to the north and launched an attack on Odo’s state of Aquatine. It was reported that the advance of the Muslims was so devastating that they went through places like a desolating storm. They advanced as far as Bordeaux where they encountered and defeated the army of Odo, forcing Odo to retreat further north. Western chroniclers record that ‘God alone knows the number of the slain’ in this battle whilst the losses to the Muslims were minimal.[2]

Odo sought assistance from his foes, the Franks, who were led by Charles Martel. Martel agreed to assist Odo but only on condition that Odo agreed to submit to Frankish authority, to which Odo agreed.

In 732, the Muslims continued to advance north and would eventually come up against the Franks. Despite the importance of the upcoming battle, its exact location is unknown, although most historians assume it took place between Tours and Poiters and hence it is often referred to as the ‘Battle of Tours’ or the ‘Battle of Poiters’.

Even before Odo asked for support, Martel had been planning for an engagement with the Muslims since the battle of Toulouse a decade before, and had with him a well-prepared army who had campaigned with him all over Europe. They were financed by the Church who regarded him and his army as a necessity for the safeguarding of Christianity against the Muslims.

The battlefield was chosen by Martel who was determined to prevent the expansion of the Caliphate over the Pyrenees into the heart of Christian Europe. Martel carefully chose the location positioning his men on a high, wooded plain. The Frankish army was mostly infantry whereas the Umayyad army was mostly cavalry. The positioning of the Franks made it difficult for the Umayyads to judge the size of the opposition since Martel used the trees and forest to make his force appear larger than it was. For six days, the armies stood still observing each other; the Franks at the top of the hill with the forest as their backdrop whilst the Umayyads were at the bottom of the hill with the open field as their backdrop. Whilst Martel and the Franks were well prepared for the cold winter, ʿAbd-ar Raḥmān and his men were not prepared for the intense cold of an oncoming northern European winter. Not wanting to delay the stalemate indefinitely, on the seventh day, ʿAbd-ar Raḥmān made his move and led the charge up the hill with his the cavalry, with his men clasping lances, swords and bows.

On the second day, Muslim horsemen dashed fiercely and frequently forward against the battalions of the Franks who resisted manfully. Just as the Muslim army made a breakthrough into the interior of the Frankish square and victory was in sight, the Franks deployed a clever tactic which was reminiscent of the famous battle of Uḥud. Martel sent a detachment force to approach from the rear of the Muslim army with the task of taking the ghanīmah (booty) that the Muslims had gathered on their expedition through France and cutting down their supply train. As news of this filtered through to the front line, many from the Muslim army began to retreat and flee to protect their booty. ʿAbd-ar Raḥmān continued to fight courageously and attempted to restore order by rallying his troops as he could sense that victory was in sight. However, ʿAbd-ar Raḥmān became surrounded with one too many of the Franks and he was martyred on the battlefield, thus remaining true to his covenant with his Lord.[3]

The Qur’anic viewpoint is worth noting here, for it is as relevant to this event as it was at the time of Uḥud:

“And Allāh did indeed fulfil His promise to you when you were killing them (your enemy) with His permission; until you flinched and fell to disputing about the order, and disobeyed after He showed you what you love. Among you are some that desire this world and some that desire the Hereafter. Then He made you flee from them, that He might test you. But surely, He forgave you, and Allāh is Most Gracious to the believers. [And remember] when you ran away without even casting a side glance at anyone, and the Messenger was in your rear calling you back. There did Allāh give you one distress after another by way of requital, to teach you not to grieve for that which had escaped you, nor for what struck you. And Allāh is Well Aware of all that you do.”[4]

Despite the defeat, the Umayyads remained in control of Narbonne and Septimania for another 27 years, though they could not expand further. The treaties reached earlier with the local population stood firm and were further consolidated in 734 by the governor of Narbonne, Yūsuf b. ʿAbd al-Raḥmān al-Fihri. He concluded agreements with several towns on common defence arrangements against the encroachments of Charles Martel, who had systematically brought the south to its heels as he extended his domains. However, it was left to Martel’s son, Pippin the Short, to force Narbonne’s surrender in 759, bringing Narbonne into the Frankish domain. With this concluded the areas of France being part of the Muslims lands after a period of 30-40 years.

The battle marked the northernmost point of the spread of the Islamic Dawah, wherein afterward, no raid or campaign would quite venture that far north. Many may seek to argue that the Muslims were the aggressors in this conflict. However, it must be understood that there was a precursor to the Muslims going in. Duke Odo had concluded an alliance with the deputy governor of Catalunya, ʿUthmān b. Naissa, in order to set up an independent Catalunya and destabilise the state. The Muslims, therefore, had every right to respond to Odo’s mischief-making.

The principal point to note with respect to the battle itself was that the indiscipline of the Muslim army was a significant factor in the loss of the battle. Many western historians such as Edward Gibbon have noted that this was one of the most decisive victories for the survival of the dominance of Christendom in the Western hemisphere. Had France fallen, there would have been no stopping the Muslims, and no other state would have been as organised as Martel’s Franks in order to offer any real resistance. For Leopold von Ranke, “Poitiers was the turning point of one of the most important epochs in the history of the world”. Conversely, Muslim historians such as Ibn Idhari narrated the event in a positive light despite the defeat by stating “Abd ar-Rahman and many of his men found martyrdom on the balat ash-Shuhada’i (“the path of the martyrs”).”[5]

Many have also commentated that the Muslims could very easily have subdued the whole of France had they taken their time, consolidated their victories and fortified the towns that they conquered and liberated before moving further up north.

This event also marked a turning point in the battle between the two competing faiths, Islām and Christianity. It marked one of the first defeats for the Muslims in Europe which would, in time, result in the complete loss of Al-Andalus, Spain. It would be another 700 years before Muslims made inroads into Europe again via the Balkans under the Ottomans.