Four reasons Jeremy Corbyn might be good for Muslims 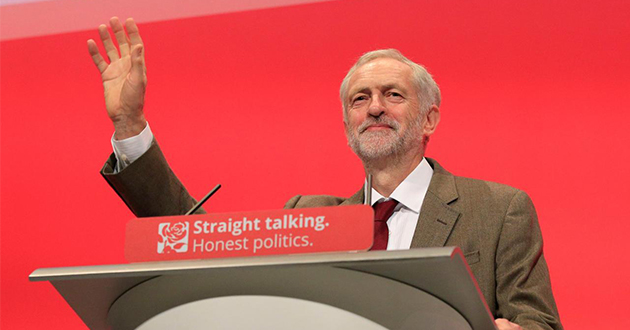 “Let us be a force for change in the world.”

The founder of the Stop the war coalition, supporter of the Amnesty International, admirer of Karl Marx, the “modest, unassuming man,” Jeremy Corbyn has overtaken many news headlines, created twitter storms and somehow managed to make it to my Instagram feed.

It has been a sensational period for the Labour party but how exactly will all the changes which Corbyn has promised to make affect Muslims?

Despite the strong support for Corbyn and his election there are also reasons why some may be apprehensive towards the sudden change in Labour and whether or not the promised changes will be realistic enough for a win at the general election and its successful implementation post-election, not to mention the possibility of either a let-down or strong support for the Muslim community.

It has long been known that the media plays an incredibly crucial role in shaping the minds of the public as well triggering an incitement to hatred, in particular islamophobia.

For too long there has been ongoing struggle in fighting for the media regulatory body (Ofcom and the Independent Press Standards Organisation, IPSO) to bring forth change in their systems. The board members who are part of IPSO (previously known as the Press Complaints Commission) have been accused of bias and forming part of an overall establishment prioritising profit at the cost of prevailing racism and hatred.

A free and accountable press is a hopeful dream for every Muslim. Corbyn challenging and being at the forefront of such a campaign could mean there will be ease in achieving the goal of holding the media to account successfully. In 2008 Corbyn wrote that,

“the role in print media seriously needs to be changed.”[1]

The new deputy for Corbyn, Tom Watson, a supporter of the Hacked Off campaign, compares the media to a ‘mafia’ and has scorned IPSO, a body set up by publishers.

Corbyn used his victory speech to attack the newspapers, and other media corporations including the BBC and the way the reports behaved while covering him.[2]

There lie hopeful sparks that Corbyn could be the window to success, however what is the likelihood of this and considering that there has been no mention about challenging the media as part of Labours policy? How confident can we be in relying on his support towards those—including Muslims—communities that are often attacked and repeatedly smeared by certain media corporations?

As much as politicians such as Tom Watson have criticised the media, ran campaigns against it, what can be said about the Mirror newspaper, a supporter of the labour party?

As opposed to the current policies and views in place on behalf of David Cameron and the conservatives, Corbyn said that he will block the attempts by David Cameron to launch air strikes into Syria. Corbyn has called for “radically different international policy”.

One which does not involve shedding the blood of innocent civilians in a purported attempt to destroy terrorists.

Corbyn voted against bombing Syria when the enemy was the Assad government and he still opposed it when the target was ISIL, commenting that it is only innocent Syrians who will suffer from sending air strikes. A rare glimmer of common sense in and otherwise trigger-happy, militarised establishment.

Peace and the end to conflict in the Middle East is the desire of most human beings outside of the minority who profit from war. For many years we have seen images and videos of injustice, bloodshed, and violence stream through social media whilst watching with painful eyes. The end to this conflict will mean a safe, secure Middle East with an end to the refugee crisis.

Despite the anti-war and Palestinian cause being close to Corbyn’s heart, it does not mean he will not face difficult opposition not only within his own party but externally, which may present a significant challenge.

Jeremy Corbyn has set out his environmental policy, strongly emphasising green energy which forms as part of his ideas for the UK in 2020. His ‘Protecting our planet manifesto’ outlines his plan on putting people and the planet first, tackling air pollution, protecting our eco system and more.[3]

Despite the many great goals that a large number of voters and politicians would agree on, the target for carbon free electricity by 2030 seems overly ambitious.

“Already part of ministers’ present onslaught on wind and solar energy springs from settling scores with their erstwhile LibDem coalition partners. Left-wing Labour’s radical new policies are likely to polarise things even further. And the Conservatives look like being in power for a long time to come…”[4]

“Women deserve fair pay, fair chances and unflinching support in the face of violence and abuse.”[5]

Living in a modern ‘democratic’ country with unequal pay, high rates of sexual harassment, domestic violence cases and a low number of female senior roles has brought forth a number of supportive proposals in the new labour manifesto.

Corbyn is aiming to set out a number of goals as part of the ‘Working with Women’ document and campaign, some of which are as follows:

In my opinion, the above are positive and much needed proposals, however one which caught my attention was concerning Tax credits and carer’s cost. Many women within the Muslim community are highly skilled, intelligent and in possession of years of valuable work experience, however due to their circumstances they do the lion’s share of all care work. They are often sandwiched between caring for elder relatives and children with no remuneration. Providing tax and pension rights to women along with free childcare will allow for further ease for women to return to employment.

Such ambitious changes cannot be changed and implemented overnight, it could take years before the stereotyping of women and biased culture can be demolished. Nonetheless having had the above issues highlighted is a positive step forward.

Power to the People

No matter what your views may be regarding the new Labour leadership, there is one point which sticks out: his success was not seen coming.

People believed he was incapable of becoming elected, because the platform for elected politicians did not cater for an anti-war, anti-austerity, peace-making vegetarian. It is enough to say that glass ceilings were shattered but not because of Corbyn himself. Rather, commendation belongs to the previously dispossessed and disempowered people who came out to get their voices heard. It is their support which caused the ceiling to crack.

We are used to putting others on pedestals but refuse to believe in ourselves, our power and our influence. One thing all sectors can agree on is that UK politics has been shaken.

Manija is a member of the management committee at the islamic integration community centre and a part time education coordinator. She is the trustee of the british afghan women society and co-founder of REACH, an organisation dedicated to supporting victims of forced marriages. She runs events and campaigns as an activist within her locality and in her spare time she volunteers at Feltham Foodbank & enjoys writing on current affairs.