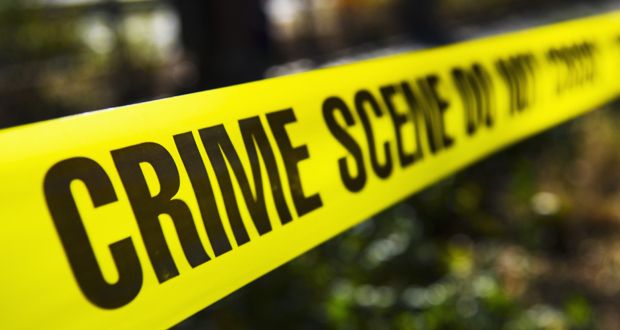 The recent attack that took place outside an event hosted by an anti-Islām movement in Garland, Texas featuring the cartoons of the Prophet Muḥammad should be condemned in the strongest terms possible. However, so too should the deliberately provocative actions taken by anti-Islām extremists that were the catalyst.

This incident is redolent of the horrendous attack on French satirical magazine, Charlie Hebdo, earlier this year. In the Garland incident, the two gunmen were shot by the police as they attempted to enter a conference centre in which the anti-Islamic American Freedom Defense Initiative (AFDI) was hosting an art contest for the best cartoon of the Prophet Muḥammad.

The AFDI, which is based in New York, offered a $10,000 prize for the best cartoon and declared the exhibition as a representation of free speech; however, it was considered by many as nothing other than an act of incitement. This is nothing new. It is reported that movements, such as AFDI, are promoting Islamophobia through intentionally aggravating endeavours, including the recent cartoon competition.

While it is true that violence should not be the answer, it is important to underline that actions denigrating religious symbols in the name of free speech essentially contravene the principle of world peace.

It cannot be ignored that the notion of free speech was developed originally to secure the rights of any group around the world to express themselves according to their own beliefs, without oppression and discrimination. Therefore, freedom of speech was initiated with the aim of making this world more civilized in the midst of all its differences. Nevertheless, freedom of speech will inevitably become a boomerang leading to conflict if voiced without tolerance.

I understand that using the notion of free speech to express criticism and blasphemy towards a certain religion or belief may be vindicated by the law. But it is difficult to ignore the fact that as long as we overlook the ethic of tolerance in exercising freedom of speech, we concurrently open a wide space for conflict due to our differences. Is this what we want?

To use a simple analogy, let us say we agree that an insult to symbols of a certain group constitutes freedom of speech. This would mean that we must be prepared to be insulted or even abused. In other words, we have no right to be angry if someone is harassing our cultural identity or religious belief. If our families, parents, leaders, or people we care about are insulted by others on the basis of freedom of speech, then we must accept it readily. Is this the society in which we want to live?

I strongly believe that only when the notion of free speech goes hand in hand with the principle of tolerance will we be equipped to tear down all hatred and curtail inter-ethnic and inter-faith conflicts that have increased in recent years. History also proves that, on the basis of tolerance, apartheid finally ended after decades championed by Nelson Mandela.

Nevertheless, the recent contest to draw cartoons of the Prophet Muḥammad is in clear opposition to the principle of tolerance. It provoked anger, scorn and hatred. Although some say that the exhibition was not an anti-Muslim event, the individuals who attended appear to showcase its real aims. Among the attendees were Stop Islamisation of America co-founder, Pamela Geller, and the blatant Dutch anti-Islām promoter, Geert Wilders.

One thing that we may not realise is that the event, with the deaths of two gunmen, has increased the popularity of anti-Islām individuals, such as Geller and Wilders. Even though these individuals are considered by some as defenders of free speech, we must not forget that they are fighting for freedom of expression by way of harassing a specific group.

Who benefited from the event was not the winner of the contest nor the police or the gunmen; rather, the victors were those individuals who used people’s differences to achieve their political goals.

It is clear now that there is a need to rethink the true meaning of freedom of speech. When the notion of free speech is upheld without boundaries, we must be prepared for more conflict among different religious or ethnic groups.