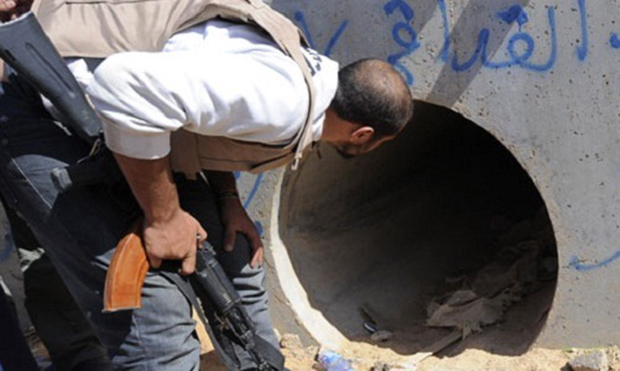 The death of a dictator has again been trending on news feeds, Gaddafi was infamous for his cruelty. Gaddafi was born to a Bedouin family in Sirte in 1946. He personified in his life a term mentioned in the Quran; Hiraabah.Hiraabah means ambushing people and threatening them with weapons and so on, in the deserts or in the cities, killing them, terrorizing them and seizing their property openly by force. Hiraabah is one of the most serious of major sins, and it is forbidden according to the Qur’aan, the Sunnah and ijmaa’ (scholarly consensus).
The UK prime minister commented:

“Today is a day to remember all of Colonel Gaddafi’s victims. People in Libya today have an even greater chance of building a strong and democratic future. From those who died in connection with the Pan Am Flight over Lockerbie, to Yvonne Fletcher in a London street, and obviously all the victims of IRA terrorism who died through their use of Libyan Semtex. We should also remember the many, many Libyans who died at the hands of this brutal dictator and his regime. People in Libya today have an even greater chance, after this news, of building themselves a strong and democratic future. I’m proud of the role that Britain has played in helping them to bring that about and I pay tribute to the bravery of the Libyans who’ve helped to liberate their country. We will help them, we will work with them.”

A statement likely to attract much critisim.

What next for Libya?
The revolution in Libya has thrown up some powerful new folk heroes. Sheikh Khaled Sherrif, a lifelong Islamist, now wants to be part of Libya’s political main stream. Sheikh Khaled is a close lieutenant of Abdel Hakkim Belhaj, a fellow former Islamist fighter and political prisoner and now one of the most powerful men in Tripoli. Both men have denounced democracy in the past, asserting that jihad was the only way to ensure the victory of Islam.Now, though, they say they want to be part of Libya’s post-revolutionary political mainstream. Sheikh Kaheld expressed dialogue is the best way forward he further said,

“We [Libyans] need to speak to each other and, God willing, we will reach agreement. The Libyan people need space to choose the kind of government they want. We will be with them on this journey. No-one should force anything on the Libyan people.”

There is a remarkable – and rather hopeful – spirit in Tripoli. People are free for the first time in decades to make political demands. There are demonstrations in the streets almost every day, most of them urgent, vociferous but good-humoured.
Libya’s Islamists must take their chances in the free-for-all of this new freedom. And, although this is a conservative and highly religious society, there is unfortunately little evidence that Libyans want an Islamic government or state.
“Libya is not the place for extremists,” one man said after praying at a city centre mosque. “Don’t be scared of my beard! We are moderate Muslims here.”

“We are Muslims, but we are moderate by nature, we cannot accept extremism. We are well-educated. We know what we are doing. We want our Islamic culture but not an Islamic state”  a woman said in Tripoli’s city centre market.

Notes: The views within this article are the authors own and do not necessarily represent the editorial line of islam21c.
Sources:www.islam21c.com