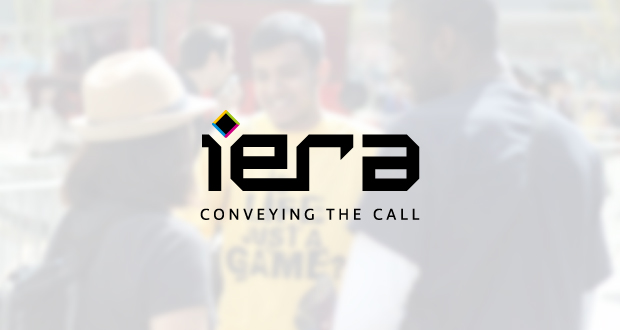 On Friday 4 November 2016 the Charity Commission published its concluding report into the statutory investigation into the Islamic Education & Research Academy (iERA). This investigation began in 2013 as a result of many malicious allegations against iERA from Islamophobic organisations, thinktanks and journalists, which appear now to have been baseless. The Commission states in its report,[1]

“On 15 March 2013 the Commission opened an assessment case into the charity following a number of adverse media articles regarding an event organised by the charity in March 2013.”

The organisations responsible for such “adverse media articles” were the likes of the “ironically named” Student Rights,[2] the two-man organisation that had been discredited by student unions themselves up and down the country and whose links to the notorious neoconservative think-tank Henry Jackson Society have long been exposed.[3] Also responsible for the initial “adverse media” were the Council of Ex-Muslims of Britain (CEMB), another organisation that has persistently tried to close down Muslim events in order to silence Muslim speakers under various false pretexts, in particular accusing iERA of “extremism”, “hate speech” and even “anti-Semitism”.[4] In 2014 Islam21c published a detailed, forensic exposé highlighting some of the glaring distortions of truth in a sustained effort to paint various Muslim speakers in a report that the CEMB published against iERA entitled ‘Evangelising Hate’.[5]

Although it is highly unfortunate that the Charity Commission—or indeed any sensible adult—took such propaganda and hate-fuelled misinformation seriously enough to lead to an assessment in the first place, the Muslim community nonetheless will welcome its debunking, even if it is a few years too late. However, a spokesperson for iERA has criticised the Commission’s report for not clearing iERA’s name explicitly enough, by saying very little in regards to those initial false allegations:

“It has either ignored or completely brushed over something that has played a huge role in the tarnishing of our reputation. [A]s the regulatory body, it has a father-like responsibility to give the people of Britain confidence in charities.”[6]

The event in March 2013 referred to above was a debate it hosted at University College London, and one of the allegations which triggered the initial suspicion against iERA by the Charity Commission was the false allegation that iERA “enforced segregation” at the event, despite there being video evidence to the contrary![7] Again, it is unfortunate that such baseless allegations which originated from some apparently exasperated fans sore at the outcome of the debate, were taken seriously enough not only to trigger an assessment by the Charity Commission, but also to be uncritically regurgitated again and again by some journalists in the mainstream media, apparently hell-bent on stirring up hysteria against iERA.[8] A spokesperson from the charity told Islam21c of the sustained attack on the reputation of iERA and various Muslim speakers,

“​In the space of 30 months, there have been 28 negative media articles on the mainstream media, namely The Telegraph, The Times and the Daily Mail.”

The Charity Commission found no evidence of iERA being a “hate”, “anti-Semitic” or “extremist” organisation as per the allegations in the “adverse media articles” spread by CEMB et al. which triggered the Commission’s initial assessment case back in 2013. This is despite the Commission spending considerable attention in their report to the allegations and “complaints” made to them by the CEMB, in the aforementioned infamous report in which they:

“called for the charity to be classified as a hate group and made a number of allegations about individuals, some of whom are or were connected to the charity.”

Nor did the Commission find any evidence of the accusations of iERA being linked to Ifthekar Jaman—who is said to have travelled to Syria to join ISIS—despite the attempted smear by some in the media.[9] The Commission also found no basis for the accusations of “hateful”, “anti-Semitic” or “extremist” views attributed to the Chairman of iERA Abdurraheem Green and Head of Education, Hamza Adreas Tzortzis, again emanating from people with an ideological opposition to the charity—and arguably, Islam.

One would hope that as a result of iERA being vindicated beyond these harmful lies against them, those thinktanks and members of the press who misrepresented the charity and misinformed the public, who have been fanning the flames of hate for three years, would rectify their gross errors and report on the Commission’s findings accurately. However, knowing the nature of the intense, irrational opposition iERA has faced over the years by some of these people, one would be forgiven for not holding one’s breath.

The Charity Commission’s investigation identified genuine shortcomings initially in iERA in terms of its governance and overall management as a charity, and iERA say they have worked together to improve the running of the charity over the last three years. In response to the Commission’s closure of the statutory investigation, IERA’s Vice Chairman/CEO Saqib Sattar said:

“Since the launch of iERA in 2009 the organisation underwent rapid and significant growth as the impact of our work was received positively by both Muslims and non-Muslims alike. Being a young and ambitious organisation experiencing these ‘growing pains’ we had on occasion not managed to attain the high standards the Commission sets out in our formative years. We are happy to report that since 2013 we have made significant progress in the quality of our governance and administration.

“The charity, as the Commission noted during the investigation wields considerable influence, which we recognise and exercise responsibly. We remain committed to articulating a warm, intelligent and compassionate case for Islam, in an environment of increased hostility and misunderstanding of Islam and Muslims.”

[7] As can be seen from the shots of the audience, men and women are clearly sitting next to each other https://youtu.be/uSwJuOPG4FI. According to attendees, accusations of ‘enforced segregation’ began when a man got up from his seat at the front (where he was already next to women) and deliberately went to try and sit amongst a group of female Muslim friends who complained to one of the organisers. This was then used as a convenient distraction from the actual outcome of the debate in the media, for obvious reasons.