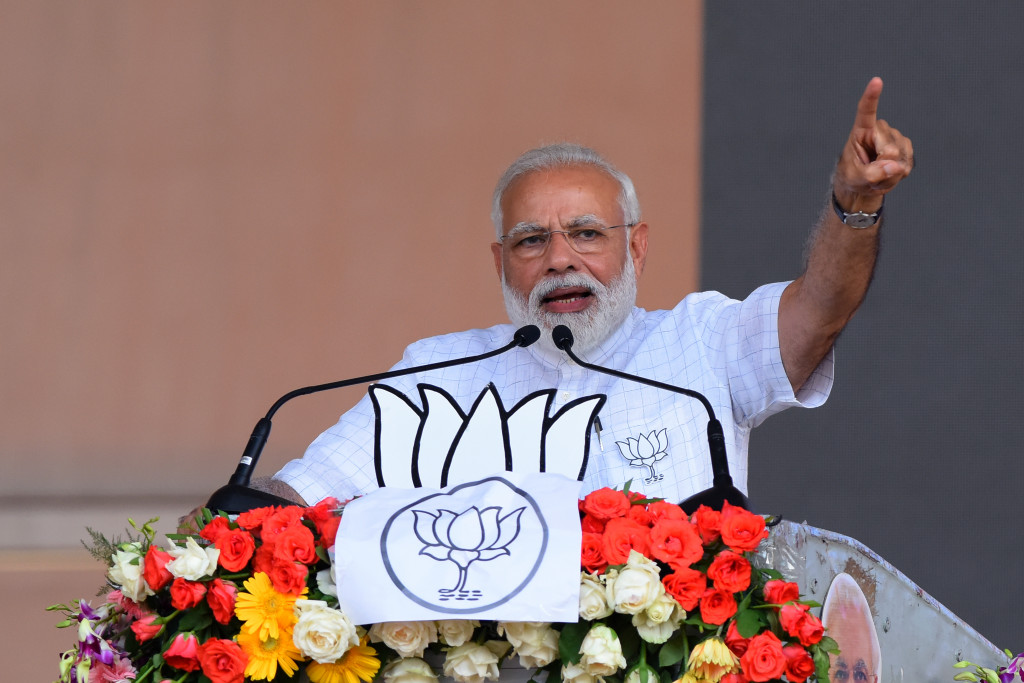 Two official spokespeople from the Bharatiya Janata Party (BJP) were suspended after spreading vile and spurious claims about Prophet Muhammad ﷺ . The statements reveal the festering hate within the BJP, a party which already has a reputation for being complicit in the promotion of Islamophobia.

Nupur Sharma and Kumar Jindal are amongst the two party members who have been suspended and forced to apologise for their hate speech. The Muslim community in India, one of the largest Muslim minorities in the world is not unfamiliar with the hateful narratives peddled by the BJP. Since they came into power in 2014, the country has witnessed rising Islamophobia demonstrated in the increasingly frequent and violent attacks against Muslims, the suppression of Islamic religious practices, like the banning of Hijab in some schools in regions with a large Muslim population, and the institutional discrimination manifested through the Citizenship Amendment Bill (CAB) which sought to marginalise Muslims.

The defamatory statements have faced strong backlash from Muslims in India as well as the Muslim community internationally. The ministry of foreign affairs in Qatar, Kuwait, Pakistan and Iran summoned Indian ambassadors to pass on their note of condemnation onto the BJP, the following statements were made:

Kuwait demanded a “public apology for these hostile statements, the continuation of which would constitute a deterrent measure or punishment to increase extremism and hatred and undermine the elements of moderation”.

Pakistan’s ministry of foreign affairs stated, “These totally unacceptable remarks have not only deeply hurt the sentiments of the people of Pakistan but of billions of Muslims around the world.” [1]

The hateful remarks against the Prophet ﷺ was also met with boycotts from Saudi Arabia, Kuwait and Bahrain who removed Indian produced products from the shelves.

The BJP’s statement to denounce the insults was met with criticism as it did not explicitly mention the reason for the sanctioning of the two party members for their odious remarks.

“The Bharatiya Janata Party is also strongly against any ideology which insults or demeans any sect or religion. The BJP does not promote such people or philosophy…India’s Constitution gives right to every citizen to practice any religion of his/her choice and to honour and respect every religion.”

Qatar stated they expect a public apology to Muslims all around the world as well as a public condemnation of the insulting remarks. This event not only exemplifies the repugnant rhetoric being spewed by members of the BJP, but highlights the dangerously rising Islamophobia prevalent within India, undoubtedly filtering down from the top. While we can praise the response from Muslim countries…

Let us examine these events with a more critical eye. The response from Muslim nations, in the form of condemnatory statements from countries like Saudi Arabia, Qatar, Kuwait and Pakistan are welcomed, as are the sanctions . It is this response from nations in the Middle East and Asia which caused disquiet amongst the BJP and led them to expel the spokespeople for their actions, but did the BJP expel them because they were truly were displeased at their hate mongering speech and bogus narratives about our Prophet ﷺ and Islam, or was it because they wanted to avoid frictions with nations in the Middle East, which would lead to socio-economic repercussions?

What if Muslim nations were similarly rapid to act against the ongoing and severe cases of violence, systematic repression and persecution against Muslims and publicly condemned such acts? It is from the Sunnah of our beloved Prophet ﷺ that when we see our Ummah in pain, we feel pain too, like one body. It is from our faith that we stand up for justice even if it is against ourselves. To take heed of the Quran and Sunnah is the best way to honour the Prophet ﷺ.

Imagine what the condition of the Muslims would be if we spoke out for one another and defended our brothers or sisters when we saw they were being oppressed?