Is there a plot to shut down CAGE? 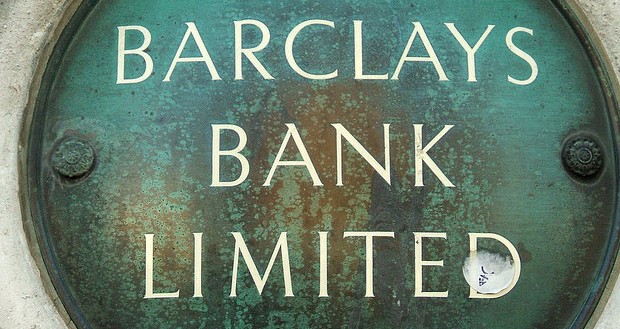 The attack on CAGE has also been written about in the Telegraph.

CAGE has been under sustained pressure over the last few months since its business bank accounts were closed down. Our work continues to go from strength to strength, but without your help we may not be able to keep our head above the water for very long. Please read this article and circulate it so that we can continue to advocate for truth and justice in the War on Terror.

Following the arrest of our Outreach Director Moazzam Begg on 25th February 2014, we have noted with great concern that there appears to be a concerted effort to shut the organisation down or to at least render it operationally ineffective. This has recently taken place through the imposition of unwarranted pressure on some of our most significant donors as well as through the closure of our business bank accounts. The reason for the delay in announcing this to our supporters is that we wanted to first exhaust all means available to us to rectify the situation. We are only too aware of the climate of fear that exists in our community and we are conscious to avoid reinforcing that, but we have come to a point now where we simply cannot continue as we are, we urgently need your help.

Like any business, CAGE requires the use of bank accounts in order to function and had accounts open with Barclays and the Co-Operative Bank. In March this year, both banks closed CAGE’s accounts without any prior notification. Direct Debits were cancelled and Standing Orders dishonoured with no explanation other than that the accounts had been closed. Shortly after the CAGE account was closed, Barclays also closed the personal accounts of CAGE’s Treasurer and a senior CAGE volunteer. CAGE’s Treasurer had been banking with Barclays for over 18 years. No explanation has been provided for the closure of any of those accounts.

For over a decade, CAGE has been at the forefront of exposing the role of the UK government in rendition and torture for over a decade and has been a persistent and vocal critic of its counter-terrorism laws and policies. CAGE has always carried out its activities within the remit of the law and the message that we are propagating is reaching an increasing number of people both in the UK and abroad. It is only to be expected that CAGE too would become a target of those measures as a result. All of this is happening despite the fact that we have never been implicated or involved in any wrongdoing, we are a legitimate organisation working transparently yet we are effectively being treated as a designated organisation even though we aren’t. The Treasury has written to us on more than one occasion confirming that we are not designated.

Despite the setbacks, CAGE has continued its struggle for truth and justice. Since our accounts were closed, we have:

CAGE is not the first organisation of its kind to be targeted in this way, nor will it be the last. Civil rights groups around the world have historically been persecuted in this manner by the authorities precisely because they work to hold those governments to account for their crimes. When Islam first arrived in the Arabian Peninsula, it was the Prophet Muhammed (may Allāh’s peace and blessings be upon him) preaching and campaigning for a more just society free of oppression, in which the rights of Allāh, the orphans, women, the elderly, the weak and the vulnerable, were protected, that resulted in the Muslims of that time being arbitrarily detained, tortured and executed. Indeed one of the most powerful weapons that the enemies of Islam used at that time was the complete social and economic boycott of the Muslims and those who supported them, i.e. the imposition of financial sanctions. Although these sanctions lasted for a torturous three years during which the Muslims suffered tremendously with many dying of starvation and malnutrition, this was a defining period in the nurturing of the companions of a strength and conviction that would help them not just overcome their enemies in Makkah but also the mighty superpowers of Rome and Persia in years to come.

CAGE has been operating for over a decade and we perceive these current events in a similar vein. We want to reassure our supporters that despite these setbacks, we intend to be here for another decade with the permission of Allāh and even longer in our struggle for truth and justice to create a world free from oppression and injustice.

Finally, while it is natural to feel fear or anxiety, we remind ourselves and our supporters that we must not allow that fear to control our behaviour and actions.  Our position today is like that of the companions of the Prophet Muhammed (may the peace and blessings of Allāh be upon him) on the day of the Battle of the Trench who initially felt petrified by the coalition forces that had surrounded Madinah, but on remembering Allāh declared:

As Allāh says, this increased them, not in fear, but in faith and submission.

Trading on fears and insecurities will not work; justice is our currency. However your support is priceless. How you can help:

Some of the future projects CAGE is working on to which those donations will go include:

We ask Allāh to keep us all steadfast on the truth and on the challenging path to justice. We ask all our supporters not to waiver in their support for CAGE as long as we remain true to the principles of truth and justice and continue to donate generously to the organisation throughout the year. Please contact CAGE if you wish to make any form of cash donation while we finalise the opening of a new bank account, as your prayers and donations are fundamental to the functioning of the organisation.

Please donate generously and assist CAGE through this testing time, please see here for ways you can donate.

This has been cross-posted from CAGE