#STAND4UYGHURS
Home / Analysis / ISIS move into Yarmouk, Syria. How, Why? 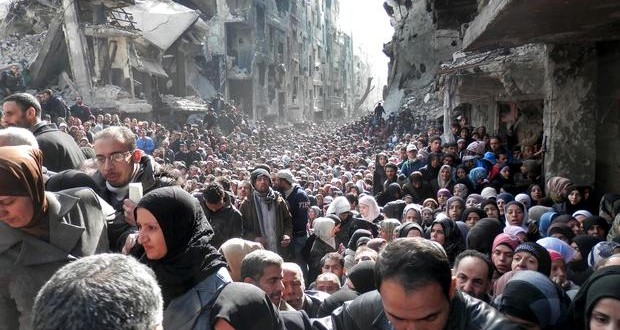 ISIS move into Yarmouk, Syria. How, Why?

Who can save Yarmouk?

After years of being besieged, the camp has deteriorated even more now that ISIL has moved in.

Presenter: Kamahl SantamariaGuests:Pierre Krahenbuhl – Commissioner General of the United Nations Relief and Works Agency for Palestinian Refugees Salim Salamah – the head of the Palestinian League for Human Rights in Syria, and someone who was born in YarmoukBenjamin Decker – senior intelligence analyst for the Levantine Group, which conducts risk analysis

Previous: How do Prophets respond to anti-Islam arguments?
Next: Apathetic Muslim?