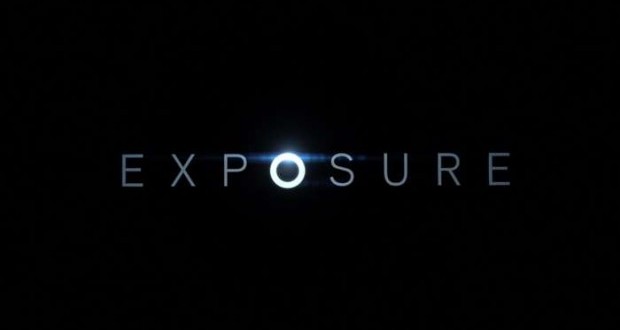 I have always keenly examined the psychology of the ‘Ex-Muslim’ phenomenon so I was intrigued to hear of ITV’s documentary on ‘Ex-Muslims’ on Thursday night. However, within minutes I soon disappointingly realised that it was a missed opportunity for a meaningful, nuanced treatment of the topic, and instead a very worrying presentation of carefully decontextualised events and slogans relieved of their subtlety and nuance.

The reason I have been keen to research so-called ‘Ex-Muslim’ iconography and rhetoric is that, at the core of it, it could be partly our failure as a community to effectively deal with a plethora of psycho-spiritual, mental health and social issues. Remarkably, I have not yet come across a single intellectual shubha (specious argument) used as a basis for anyone leaving Islām rather a whole host of extraneous factors, and I believe a deal of sympathy is required to approach this topic. Especially in the War O[f] Terror world, we have seen an entire generation of Muslims growing up absorbing stereotypes against their own identity, swallowing without question the propaganda against those ‘inferior, backwards cultures’ that ‘hate our freedoms’. Like a perfect storm, it is met with a mixture of the superficial thinking, materialistic consumerism, distraction and hegemony that characterises the cult of modernity and it is catalysed by trauma, personal loss, the stigma from some communities, mental health or ‘odd’ behaviour and tastes.

This is why I believe we have a duty to build emotionally and intellectually confident Muslims who are comfortable in their own skin, who understand white supremacy and the reach of the tentacles of hegemony beyond the physical force deep into the epistemological realm—that is, of knowledge structures and production. We need to nurture the ability to perceive terms with hidden Eurocentric historical and epistemic baggage, and protect ourselves and our children from the blight of the inferiority complex—the most insidious obstacle to genuine ‘free thinking’.

A change in one’s ‘Muslimness’ in terms of social identity in a climate of such systemic and public Islamophobia is somewhat analogous to the ‘Uncle Tom Syndrome’ in race minority literature (not to be conflated with its common pejorative usage), so it would be disingenuous to ignore the underlying feeling of embarrassment or inferiority and focus plainly on the symptoms. It is already complicated enough a social issue for most people’s liking that using it to fuel propaganda is highly annoying to put it mildly.

Perhaps the most worrying sign of propaganda in the ITV documentary was the (arguably maliciously) decontextualised treatment of the politics of atheism in Bangladesh and other former European colonies still subject to political, cultural and epistemic domination. It is extremely easy for anyone—not constrained by academic standards—to create a narrative out of thin air and use carefully cherry-picked, decontextualised events as ‘proof’. The narrative set by the documentary was simple. ‘Islamist’ gangs (a notion obviously not defined) who hate freedom and ‘The West’ roam the earth killing bloggers who blog about science and Enlightened, superior values, because it offends their ‘extreme’ religion.

If one were to look at the political landscape and power dynamics in those countries’ recent history, it would obviously give just about enough nuance to throw a spanner in the ITV narrative. The picture they attempted to paint was one of atheist bloggers being the ‘resistance to fundamentalism’, for which they are routinely killed by angry Muslim mobs. What is studiously left out is that those Muslim majorities have been ruled for decades by viciously repressive secular regimes (installed by guess who) prone to massacring thousands of Muslim protestors, and those innocent bloggers happen to be aligned with and privileged by the repressive state power. One only need Google ‘Shabagh’ and ‘Motijheel Massacre’ for the villains to become victims and victims to become villains instantaneously.

Pre-empting the usual red herrings: no, that is not a moral justification of wanton violence. This is a condemnation of its decontextualised use to further malicious agendas. Obviously, when state repression is given a strategic vent to let off steam then a small minority will inevitably and regrettably turn to violence. That is when the cameras come out for those opportune moments of ‘proof’ of why those regimes need to repress their peoples even further to stop the ‘fundamentalist’ bogeymen from killing everyone.

A subtle sub-narrative of the documentary was that just because Islamic law contains a death penalty for ridda (somewhat unfortunately translated into the Christian term ‘apostasy’ with its own baggage) it is somehow to blame for the wanton mob violence some self-identifying ‘Ex-Muslims’ experience. This is normally where Muslims might feel the urge to explain or defend the stereotypical ‘backwards Islamic laws’ they’ve been presented. There is no need. Whatever laws exist on the Muslim statue or the manuals of Islamic law is irrelevant to lawless violence, no matter how hard some try to spin it.

Firstly, the civilizational tradition that arguably gave the rest of the world the rule of law and due process should not be expected to distance itself from mob violence. If one wants to know ‘what Islām says’ about a matter, let not them look to repressed populations of colonial experiments, but to the Islamic civilisations when Islām was given its due right in society. Secondly, no one in their right mind would blame a particular law that may exist in the entire body and edifice of law, for wanton lawless mob violence, especially if the laws against wanton lawless mob violence were more prolific than the blamed law in the first place! That is the case of course if one doesn’t operate a special set of rules for Islām. No doubt, no one would blame an instance of gang violence on the many provisions within English law to use violence in particular circumstances.

The fact of the matter is every culture and peoples have a standard for the justified use of force or violence, as to my knowledge there has not been a completely pacifist polity outside of fiction that has not been wiped out by its more brutal neighbours. Invariably those that shout the loudest against the ‘barbaric muzlamic laws’ are in effect saying, Muslims—even in Muslim majority countries—cannot use their own standards (that have a proven track record for the prosperity of Muslims and non-Muslims) but must use the White Man’s standard. What makes this standard superior?

And this summarises well the epistemological aspect of hegemony that is usually mirrored in the ‘Ex-Muslim’ experience and rhetoric. All of the slogans of ‘free thinking’ and ‘challenging Islām’ are in essence a recourse to dominant, normative doctrines and standards set by hegemony. Allāh says:

But of the people is he who disputes about Allāh without knowledge or guidance or an enlightening Book [from Him].[1]

Those that tend to disagree with or look down upon any Islamic injunction that happens to be unpopular according to whatever state doctrines—secular liberal or otherwise—happen to dominate the day fundamentally do not have an objective basis from which to launch their attack. Essentially, they are following that which they have absorbed from the society around them, which they have then taken to be the standard by which they judge Islām.

And when it is said to them, “Follow what Allah has revealed,” they say, “Rather, we will follow that upon which we found our fathers.” Even if Satan was inviting them to the punishment of the Blaze?[2]

Those not yet cognisant of the power of normative societal doctrines and tastes usually benefit from the following thought experiment. The ‘Ex-Muslim’ in a modern world dominated by Eurocentric tastes and values tends to predictably dislike the same few things about Islām—gender roles, sexuality, hudūd punishments, and so on. However, imagine we observed their respective Ex-Muslim of 150 years ago—in a world dominated by the Eurocentric tastes and values of 150 years ago. It is not that difficult to imagine that they would dislike the fact that Islām calls for the equality of all races, the right of the woman to be educated, or the rule of law and due process for all—all things counter to the flavour of that day.

Arrogance blended with ignorance produces something more destructive than the sum of its parts: the superficial slogans and subtlety-free sound-bites that characterise the aggressive strand of ‘Ex-Muslim’ discourse. There is a difference between intellectual critique and infantile provocation with Islamophobic stereotypes. The statement of one ‘Ex-Muslim’ in the documentary spoke volumes, albeit inadvertently.

“The internet and social media has done to Islām what the printing press did to Christianity.”

Ignoring the fact that the printing press (and books in general before it) benefitted Islām greatly, social media probably does fuel the ‘Ex-Muslim’ cause because, like their epistemology, social media is also characterised by shallow, superficial slogans communicated through 140 character-or-less thinking. It is always easier and less costly to mention a few common specious and fallacious arguments, which inevitably require more time and space to fully expose and refute.

Finally, I found, as usual, that noticeably little of actual Islamic concepts and practises were mentioned in the documentary, and for good reason. Islām in its essence, without the disinformation and propaganda, without the stereotypes and distractions, reaches out to every sound intellect and resonates with every innate disposition (fitra). As a result, let us carry on presenting it but also protect our future generations from those maladies that prevent sound thinking and leave one open for epistemic oppression. They must feel comfortable and confident in their own skin.