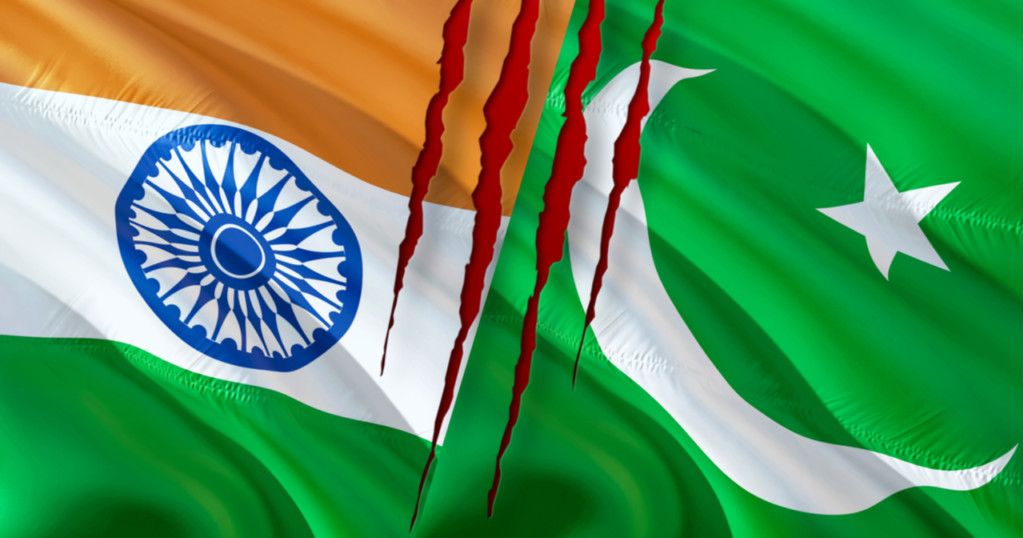 Kashmir is burning slowly and the smoke is billowing. It is smoke unseen. On the margin of margins, wedged between a racist state and a silent east, Kashmir is invisible. It is not about being able to point out Kashmir on a map. Nor is it about referring to Kashmir as a geographical location. It is instead about Kashmir as a phenomenon, as a model. Truth be told, Kashmir is not on the map so long as it is not in our horizons. No amount of cartography will do so long as we have not mapped out a new cartography inscribed not on paper, but in our minds. Distance is created not by geographic spatiality, but by proximity; the capacity to see ‘the Other’ as near and one who appears. Take, for example, the non-spatial yet real nearness between a mother and son in exile, and compare this with the spatial yet false nearness between a master and slave living side by side. Dussel aptly asks, is the nearness found in a formal handshake like the nearness of a mother’s kiss? This goes to the extent that ‘the Other’ becomes a defining element in the very constitution of the self. It is as fundamental as the difference between saying “I will” rather than “we will”.

It is before anything a question of what we see. Each of us makes the choice everyday of what comes forth and what remains in the background. Dussel explains what appears in one’s horizon is “like a cut-out of a being; all the rest of it is left behind as though in the background, its context.” This begs the question: what determines which phenomena come forth? What appears is that which we value, sense, and use to mediate our world. In other words, we project our own interests onto the world, and by choosing what we want to see, the cut-outs – our gaze – submit to our own blindness. Any paradigm of domination creates its own centres and peripheries; the former occupies a centre stage, whereas the excluded periphery is invisible, exterior to the world as we want it.

Kashmir, in this regard, represents a unique problem. Not only is it on the margins of the global order led by the West, but also on the margins of the Muslim world. Muslims, in appropriating the colonial gaze and a distorted Islam, create their own double blindness. It is to be blind to a double-obligation towards Kashmir, first on the account that its denizens are Muslim, and second on the account that they are oppressed. The Islamic worldview privileges the oppressed – the mustadhʿafin. It demands that we see things not from atop but from below, in solidarity with the oppressed. Tawhid, the core tenet of Islam, is a negation of those very same hierarchies that for long have forced us to see from above. Hierarchies and oppressive towers do not increase our peripheral vision but rather narrow it all the more. A nation bound to the periphery of our mind remains only in our peripheral vision. The reality is, we are also oppressors. To exclude and to render invisible is the epitome of exclusion. In our pursuit of power, it would seem counterintuitive to align with the seemingly powerless and oppressed. And so, we align with the structures of power. The truth is, the real locus of power is amongst the oppressed. The question is not who has power, but rather when the dormant power of the oppressed will be unleashed. God has promised, “The oppressed will inherit the earth.” Mawdudi explains this verse in the following way: “Had he stood for the superiority of the Arab race, then Bilal of Abyssinia, Suhaib of Italy and Salman of Persia would have had no reason to support him in his task.”

To move forward, we must challenge our own blindness by changing our cognitive blindness and enact a shift in our consciousness. It is only in our realignment with God that we realign to be with the oppressed.  To realign with God is to recognise that all hierarchies are “nothing but names”, for no historic hierarchy can be absolute. The only Absolute is God, and the only legitimate hierarchy is God over man, the Creator over the created.

How we see things depends on what we see. In this case, the what refers to us seeing Kashmir as part of a background. The how refers to apathy or disinterest. This, in turn, introduces a vicious cycle: we hold a position of disinterest because we cannot see Kashmir, and we cannot see Kashmir because we have become habitually disinterested. Kashmir is not on the map. In addition to creating a vicious cycle, disinterest towards Kashmir undermines the whole moral and strategic vantage point of the Ummah at large. This is because, when we ignore the periphery, our gaze becomes peripheral. To ignore the periphery is to internalise the horizons of a world drawn for us by paradigms of oppression, exclusion, and blindness. More so, it negates the very ethos of an Islam whose delegated purpose is to liberate the periphery, and to love the oppressed and excluded. An ethos which demands that, together, we lead the oppressed and marginalised to a new world and a new centre stage. Love, and especially authentic love, is political.

Part of this is the product of a more general attitude amongst Muslims. We have become accustomed to fires and smoke to the extent that we cannot know smoke when we see it. But, more specifically, this blindness stems from an unwarranted sublimation of the Arab world, as bearers of a divine language. A sense of paternalism arises, a centre-scholar and a peripheral-student. The former claims the exclusive mantel of knowledge-production. The scholar thinks of himself as a rich banker and the student as an open deposit. This is hubris in its most dangerous sense. This is akin to the demand of the Quraysh to the Prophet in that they would lend him an ear if and only if he would create for them a separate gathering that the gathering that included them (in reference to the black Bilal and the Roman Suhaib). It is also hubris that blinds us to new possibilities in relation to Kashmir. I mean by this the ways in which Kashmir can serve as a new metaphor and model. And so, the real question is: what can Kashmir teach us? For Shariati, real Islam was the Red Islam of the forgotten mujahideen. For us, we ought to seek this Islam atop those forgotten green hills. New possibilities will open up when we do so. Rather than saying Kashmir is burning, we will declare: we are burning. It is when we stand in al-Quds and say this is Kashmir and from atop the green hills of Kashmir we say, this is al-Aqsa.  It is redemption from our blindness.

Was it not the Prophet himself that unleashed the tongue of Bilal to declare the call to prayer and remind us that God is greater? Bilal spoke to the Arab and non-Arab alike, whether it was in the silk tents of Quraysh or the ivory palaces of Byzantine Rome. Allahu Akbar, Allahu Akbar. And is it not long overdue that we hear those same calls from the Kashmir Valley? The minarets of Kashmir are high, but the eye sees and ear hears only what the mind is prepared to comprehend. It seems that we have forgotten that the language of Islam is not an alphabet or semiotics but an ethos of liberation and praxis. Who is speaking the language of Islam, the idle youth in the Gulf or the defiant youth of Kashmir? It is surely not those Arabs and their kin who disputed the authority of the Qur’an by saying, “if only God had revealed this to a man from one of these two great cities.”

I am of a foreign love [non-Arab], except that

In the Sacred Mosque I unleashed my tongue

How many of those garbs have I torn

With words from these supplications of mine

Yasmeen Azam is a twenty-three year old native from Southern California starting her Masters of Sociology at UChicago. Her research is in critical terrorism studies, specifically focused on the deployment of the War on Terror in shaping the neoliberal securitization apparatus.