Is it a Crime to Care? 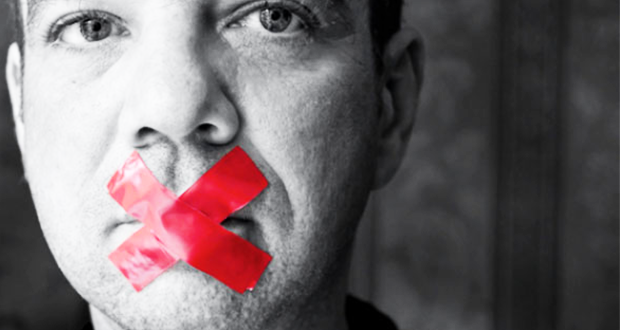 Criminalising care and controlling the masses by fear? A review on CAGE’s 2014’s annual lecture, “Is it a Crime to Care?”

“If you’ve no sympathy for human pain,  The name of human you cannot retain!”

Ironic, seeing as the most influential members of the UN Security Council are amongst those who actively prevent aid workers, British Arabs and Muslims, and political and social activists from distributing aid, visiting or raising funds or awareness of the current humanitarian crises in countries such as Iraq and Syria.

The US and British government ‘do not negotiate with terrorists’ unlike Turkey, Germany, France, Italy and Spain,[1] that is why a campaign launched to safeguard Mancunian, humanitarian aid worker, Alan Henning from harm is suffering.[2]

Now we are weeks into a campaign in which so-called ‘ISIS targets’ are being shelled by the US and its allies. Though a UN resolution has been reached, Mr. Obama already seemed unlikely to seek formal approval leading up to the latest onslaught in the Middle East.[3] In September 2013, anti-government protesters in Syria requested financial and military support after the death toll surpassed 115,000 of those perpetrated by the Baathist government.[4] And yet, fly zones and other forms of assistance were ruled out by superpowers such as the US and Britain. The Middle East is once again reminded that democracy and the ‘concerns’ of the superpowers are selective.

Despite marketing itself as a ‘clean break from Labour’, the Con-Dem government has simply rebranded Labour’s policies regarding the ‘War on Terror’, and further added conjectures which ensure existing and new policies are now legally binding legislation.[5] These are corrosions of Habeas Corpus and Presumption of Innocence – ‘British Values’ that Mr. Cameron and the parliament prefer to overlook. CAGE representative Jahangir Mohamed describes these measures as a ‘Cradle to Grave’ policy. Such is the title of the most recent CAGE publication regarding ‘counter terrorism’ measures targeting the British public. “You can run, but you can’t hide”, Mr. Mohamed joked; after reading the report, it is not hard to reach the same conclusion.

These infringements on our privacy and rights may appear to be solely Muslim or Islamic-related issues, however social and political activists in Manchester know all too well this is not the case. From the treatment of anti-fracking activists in Barton Moss,[7] the unprecedented and violent arrests of protesters during the 2014 Israeli onslaught of Gaza,[8] to the inhumane entrapment techniques employed on the Farooqi family,[9] the Manchester community is becoming well-acquainted with where the council and government stand with regards to upholding justice either locally or nationally.

Nasir Hafezi, criminal law specialist and solicitor, reminded the audience that caring for others ‘is the very fabric of society’. Why then are political and social activists criminalised for showing care through challenging the status quo or dispensing humanitarian aid? “Caring should be applauded, not punished,” Mr Hafezi concluded.

A worrying trend which seems to be manifesting is the manner in which humanitarian aid workers and charities are being ostracised. Despite countries in the Global South facing severe humanitarian crises, the British government has prevented aid from entering severely affected areas in countries like Syria. Charities such as Al-Fatiha Global have reported that merely six convoys, in contrast to last year’s twenty, have been permitted to enter rebel strongholds this year. How are charities expected to fulfill their duties and obligations when they have no ground access? In the unlikely event that aid workers are given ground access, they risk being treated as ‘potential threats’ upon their return.[10]

Dr Shameela Islam-Zulfiqar, medic, activist and aid worker for Al-Fatiha Global, highlighted that discrimination towards aid workers seems to have increased since 2009. This has led to arrests and regular visits from the CTU (Counter Terrorism Unit). “Schedule 7 is counter-productive to the aims of our charity, the fundamental aim of which is to aid people. An atmosphere of fear has been created for those donating towards [or those] associated with the charity,” Dr Shameela said “this may lead to a further sense of apathy towards those whose deaths, for the most part, are not even accounted for.”

Al-Fatiha Global, similar to charities like Interpal, has also faced bank account closures, most notably with HSBC. Many of HSBC’s former clientele have complained about its unexplained closures of personal, business and charity accounts.[11] This is not only a huge and costly inconvenience but highly insensitive and deplorable, especially as many of the closed accounts belong to newly arrived refugees to the UK.

In scapegoating and distorting perception, individuals, organisations and causes are denied the opportunity to respond, fuelling public disunity. Ibrahim Hewitt is an example of one subjected to grave defamation with baseless claims of being a ‘Muslim hardliner’ alongside other derogatory accusations. This is most likely due to his position as Chairman at Interpal. Interpal’s expenses are reviewed and monitored by the Charity Commission, and thus any links with the democratically elected Hamas government in Gaza have been discredited. However, Interpal remains vilified. Due to ‘operational measures’ Interpal’s bank accounts have been closed by numerous banks.

These sensationalist, inflammatory and often false ‘reports’ are what Abdullah al Andalusi, activist and thinker, believes to be part of the larger initiative to ‘reform Islam’ or indeed any other ideology which promotes community as opposed to unadulterated individualism.

It was as a gesture of community concern that Munir Farooqi set up a bookstall in Longsight market post 9/11. Though Mr Farooqi is much respected, undercover counter terrorism unit (CTU) operatives infiltrated and pre-planned conversations to entrap him and thus used his responses as incriminating proof of thought-crime. Moreover, selective thirty second clips out of two to three hour-long conversations denied Mr Farooqi the right of context. “There were only two people who stood trial against my father and they were the two undercover officers. What’s more, no evidence of blueprints or ‘terror plots’ were to be found.” Zulekha Farooqi relayed.

Additional proof of the British government’s infiltration of activist communities includes cases of Helen Steel and eight other British women.[12] Some of those affected lived and married undisclosed operatives for over a 25-year period. Steel described her experience as a ‘violation’ and ‘institutional sexism’ as the CPS ‘allowed this to happen in a unit of mainly male officers.’

Who should we be caring about?

Every human being has the right to think, speak and act freely. Is it criminal for protesters to stage boycotts outside companies which support Israeli occupation? Is it criminal of aid workers to provide much needed materials to innocent civilians whilst politicians maintain their position for engaging in yet another onslaught? Are activists such as Ibrahim Hewitt, Munir Farooqi and Helen Steel criminal for partaking in social and political activities despite unsubstantiated presumptions of their guilt?

Kundnani, A. (2014). The Muslims Are Coming! Islamophobia, Extremism, and the Domestic War on Terror. London: Verso.

Sairah Yassir is a graduate in French and International Politics who currently works in research of alternative civilisations contributions to science, technology and civilisation. She is active in local Palestine action and community campaigns in Manchester and has a keen interest in social and political affairs.