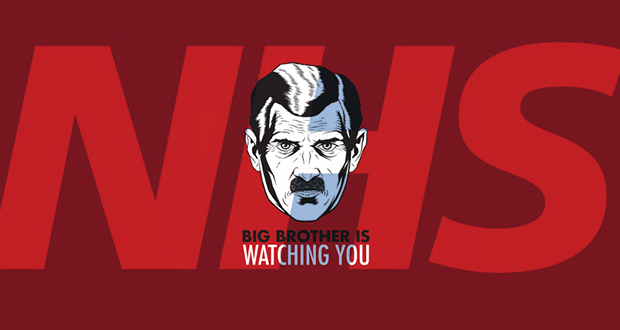 This statement is the first ever published account of an NHS counter-terrorism training session.  Some 44,000 healthcare professionals have gone through this training which they were told was designed to help them detect potential terrorists. However, this statement shows that backward assumptions and stereotypes about Muslims remain an integral feature of British counter-terrorism efforts, with actual substance hard to come by.

I work as a nurse for the National Health Service in England. I recently attended a mandatory counter-terrorism training session at the Trust where I work. The training session, called WRAP (Workshop to Raise Awareness about PREVENT), is a Home Office initiative that was delivered so that we could play our part in stopping individuals becoming terrorists or supporting terrorism. PREVENT, name of the government’s counter-terrorism policy apparently functions in strictly ‘pre-criminal space’ to prevent radicalisation; thus the training being provided to NHS professionals would enable potential ‘radicals’ to be caught whilst in hospital or attending an appointment, rather than after a crime has been committed.

The training was delivered, interestingly, by my Health Trust’s organisation and development leader as opposed to a PREVENT officer. The presenter declared that a “large number of managers requested that we make available the health WRAP training workshops” and that was the reason it was being delivered in all departments of the hospital.

I wasn’t sure if she even believed that proud announcement, for a certain unease lingered in the air throughout the entire presentation. The presenter avoided making any eye contact and didn’t really engage with the audience. She seemed scared to be there, and appeared relieved when she had finished – probably because we allowed her to present the controversial subject of PREVENT as a respectful, accepting audience.

The whole workshop was read off a script and delivered though a DVD film, provided by the Home Office. This made it less prone to being subjected to scrutiny and prevented important issues arising. Two case studies that broke up the training were the only opportunities the participants were given to engage, and even then, a very limited time frame was given to debate or discuss any aspect of the discussion at hand. Strangely, even questions had to be asked in private.

After the disclaimer of no questions during the pseudo-presentation had been given, we were told that PREVENT was not targeted at a particular faith, religion, ethnicity or minority although definite links to Muslims, Islam and Al-Qaeda were made in the latter part of the training session.

So, why exactly is this WRAP training being delivered to healthcare professionals who have a million more important issues to be worried about rather than learning how to chase ghosts? Well, some statistics were pulled out to try and justify delivering WRAP to NHS professionals. We were told that the NHS is currently staffed by 1.3 million staff, which constitutes approximately 350,000 patient contacts daily which in turn increase the likelihood of coming into contact with a terrorist.

We were asked if we thought terrorism was a 21st Century problem. Examples of the 1883 London underground bombings, 1999 Bristol nail bombings and 1996 Manchester city centre bomb were given to represent the fact that it was not a 21st Century issue, but this evidence didn’t matter. It was reaffirmed time and time again that we are living in times more dangerous than any other, and we had a role to play in keeping people safe.

The first clip of the WRAP DVD, which had been directed by Dr Phil Hammond and Amani Zain, was played. Contributor Roger Griffin (a historian at Oxford Brookes University) explained that the “typical terrorist” had no particular identity but often the ‘lone wolf’ syndrome rang true for terrorism as in the case of David Copeland, responsible for the London nail bombings. Next we were shown a clip from the film This is England. After the clip, we were invited to relay our observations of the film. The presenter asked the participants what was telling about the language and setting in which the extract of the film took place.

General observations were given: the group seemed deprived; there was an older person that acted as a leader; the group members did not seem very educated. Despite stating the obvious the presenter felt she needed to infuse her own script-written energy into discussion: the standing leader speaking down to his sitting followers was ‘taking advantage of a preacher setting’; the leader was manipulating the emotions of his followers by creating an “us and them” mentality; and ultimately the leader gives his followers a reason to fight. I wasn’t convinced by these answers, they sounded desperate. It really did feel as though PREVENT was being forced upon us regardless of whether it made sense or not.

The explanation of terrorist ideologies then followed. The presenter read from her script claims that the greatest threat the United Kingdom faced at the present time was from Al-Qaeda-linked terrorism.  No statistics were given to back up this sensational claim.  ‘Al Qaeda recruits come from ethnic minority groups’, I was told. The racial suggestiveness of this second claim astounded me. This would have made it clear to participants the sorts of people they would need to be looking out for – basically, arabs, blacks and asians.

We were then shown another clip of the WRAP video in which Jahan Mahmood, a community historian in Birmingham defined what an ideology is. The process of radicalisation was then explained as starting with vulnerable groups who could be easily exploited i.e. those who may have a local grievance that would then be extended to a national or international grievance. Moreover, significant weight was given to the point that our target suspects would not necessarily always be from deprived backgrounds.

The second case study was shown, which was about Andrew Ibrahim who had planned to detonate a bomb in a Bristol shopping centre in 2009. The audience were made to think of the contributing factors that led to this plot and the answers that came out were that: Andrew was a convert to the religion of Islam; Andrew became radicalised via the internet by listening to ideas of Osama Bin Laden; Andrew admired the 7/7 bombers; and he was against British foreign policy. Continuing with the video, Andrew’s mother, Vicky Ibrahim, gave a verbal testimony in which she stressed the importance of early intervention. Vicky discussed the signs of radicalisation that were evident in her son Andrew. She said that after Andrew converted to Islam, he started becoming radicalised via the internet by accessing extremist sites i.e. those linked to Al Qaeda. Vicky also explained how Andrew would conceal things from herself and her husband, such as his plans for making biological weapons. Vicky laid great importance on her incompetence at dealing with Andrews’ views about ‘troubling things’ such as flyering against the War in Iraq and his persistence on British troop withdrawal from countries where Muslims were being killed.

The session was wrapped up with a reminder of why we as health professionals were being equipped with skills of being able to recognise and refer potential terrorists to the PREVENT scheme. As frontline staff, we were told, we were best placed to spot potential terrorists early on and stop the process of ‘radicalisation’. The Trust, as with every other Trust delivering the WRAP training, had developed an system for staff to refer to in the instance of dealing with potential terrorists who needed to be passed onto the Home Offices Channel programme; the next stage for ‘early intervention for potential terrorists’. We were also signposted to the guidelines that the Trust had developed for the PREVENT programme. As things came to an end, we were thanked for listening, and then allowed to escape from the training room, ultimately brainwashed.

CAGE has campaigned about the discriminatory nature of PREVENT, including a report that can be found here and an appearance on AlJazeera English’s The Stream which can be seen here.