Nelson Mandela: A big Loss but…! 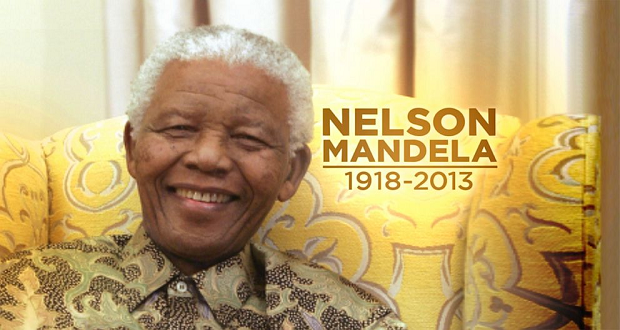 *Read  – How should we respond to the death of Mandela?*

There is no doubt that Nelson Mandela (1918-2013) was a great person. His struggle for what he believed was both inspirational and motivated many people. I remember seeing him on TV when he left his long imprisonment showing the people the small cell where he lived in solitary confinement for over 10 years. He spent around 27 years in jail which constituted almost one third of his life and his entire youth. He was offered a high position and status in the apartheid government in exchange of giving up his struggle for freedom and black people’s rights. He died before compromising any of the principles that he lived for. I am sure that many books will be published about this unique personality.

He reminds me of another great personality that lived and died before the advent of the Prophet sala Allahu ‘alayhi wasalam; Abdullah ibn Jud’aan who found a big amount of treasure and then enquired about the best way to spend it. He was advised to use it to serve the pilgrims who had come to visit the house of Allah in Makkah. He spent it abundantly, in such a way that amazed everyone who heard of this incident. In fact, it was mentioned that he even used to send aid to the international community at that time. Indeed this was a noble cause; feeding the pilgrims free of charge. However, the story does not stop here; let us read the following narration: Aisha, (RadiAllahu‘anhaa) the wife of the Prophet asked the Prophet (SalAllahu‘alayhi wasalam), “Indeed, Ibn Jud’aan used to provide food (for the people) and he would be hospitable to his guests, will any of that benefit him on the Day of Resurrection?” The Prophet (SallAllahu‘alayhi wasalam) confirmed that he will be in the fire of hell. Amazing! Despite all of this good he will be in the fire of hell?! Yes. But what is the reason for this? The explanation was given by the Prophet (SallAllahu‘alayhi wasalam) himself, “No. Indeed, on no day did he ever say: O my lord, forgive me my sins on the Day of Recompense.”

Let us take another great personality; Abu Talib the uncle of the Prophet (SallAllahu‘alayhi wasalam). Abu Talib was an exemplary role model in his support of the Prophet (SallAllahu‘alayhi wasalam). The books of history report that he used to make his children give up their beds for the sake of the Prophet in order to protect him from any harm that Quraish intended for the Prophet. This great personality died and look at what the Prophet said about him; Abbas bin `Abdul Muttalib said, “O Allah’s Messenger “Did you benefit Abu Talib with anything as he used to protect and take care of you, and used to become angry for you?” The Prophet (SallAllahu‘alayhi wasalam) said, “Yes, he is in a shallow place of Fire. But for me, he would have been in the lowest part of the Fire.” In one narration in Sahih al-Bukhari, the Prophet said “Perhaps my intercession will be helpful to him on the Day of Resurrection so that he may be put in a shallow fire reaching only up to his ankles causing his brain to boil.”

These extremely good and kind people will go to hell?! Yes, as they were not good and kind enough to worship their Lord who created them and gave them everything. In fact, these “good people” had elements of arrogance that we are unaware of. For instance, Abu Talib clearly refused to submit to Allah despite admitting that Muhammad (SallAllahu‘alayhi wasalam) is the Prophet of Allah. Abdul ibn Jud’aan did all of this for fame as was explained in his biography.

Allah is the most just and helps everyone submit to him by disposing his nature to pure monotheism where any human being is born believing that there is a creator and that he is the one to be worshipped. The Prophet (SallAllahu‘alayhi wasalam) said:

Each child is born in a state of “Fitrah”, then his parents make him a Jew, Christian or a Zoroastrian, the way an animal gives birth to a normal offspring. Have you noticed any that were born mutilated?”[1]

Allah took the covenant from all human beings when he created them that they will all acknowledge him as their Lord.

“And (remember) when your Lord brought forth from the Children of Adam, from their loins, their seed (or from Adam’s loin his offspring) and made them testify as to themselves (saying): “Am I not your Lord?” They said: “Yes! We testify,” lest you should say on the Day of Resurrection: “Verily, we have been unaware of this.””[2]

It is a big loss when a person works hard day and night, sacrificing everything and then he suffers and dwells in the fire of hell in the second and eternal life. It is the biggest loss when the candle provides light for others, yet it burns itself.

Al Hasan al Basri and Qataada said: “It has reached us that the word “Taghaabun” (mutual loss and gain referred to in the Qur’an) is in three categories:

The first is a man who acquired knowledge and therefore taught it, before forgetting it without implementing this knowledge himself. Yet those he taught were saved through this knowledge.

Another is a man who acquired wealth through illegal means and was stingy with this wealth. He therefore disobeyed Allah and did not do well. This man then leaves this wealth to his inheritors who then use it to obey Allah.

Yet the question remains: why did this person fail to sacrifice for his Lord and for his sake? It returns to arrogance and pride. This is a fundamental lesson for every one; the rights of your creator should come first. This was the message of all of the Prophets.

“And verily, We have sent among every Ummah (community, nation) a Messenger (proclaiming): “Worship Allah (Alone), and avoid all false deities.” Then of them were some whom Allah guided and of them were some upon whom the straying was justified. So travel through the land and see what was the end of those who denied (the truth).”[3]

It is true that great people will draw millions of people to mourn them, yet the question remains: will this benefit them? Is it going to benefit Nelson Mandela that a million people attend his funeral or the decision of Algeria, Palestine or even every country to lower flags for days to mourn over him?

How long will people mourn over him or even remember him? If you work for people, what can they do to benefit you after you die? Why not work for the lord of people who never forgets anything?

It is a key for all of us; any sacrifice for any purpose other than Allah will vanish.

Muslims have to avoid being selfish and seeking worldly gains by attaching themselves to those who sympathise with them if they do not aid the Muslims in reaching the ultimate aim: Paradise. It is unfortunate to see many Muslims “using” some non-Muslims for Da’wah and other projects and feel embarrassed to call these same people to Islam.

*Read  – How should we respond to the death of Mandela?*

[1] Collected by Al-Bukhari and Muslim