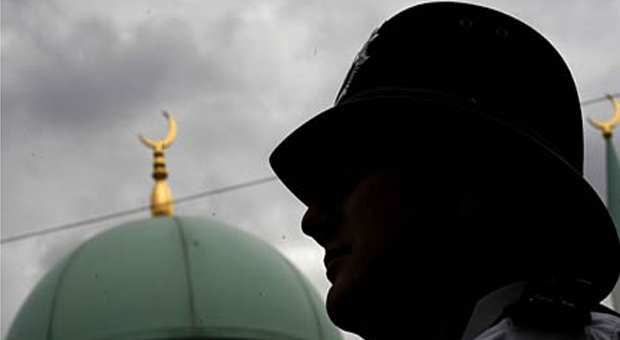 The Prime Minister issued a report yesterday entitled Tackling Extremism in the UK, which he claims will do more to ‘confront extremism and radicalisation’. Drawn up by the Prime Minister’s Task Force on Tackling Radicalisation and Extremism, it was reportedly put together in response to the alleged murder of a British soldier by two men in Woolwich in May.

There are a number of points to be made about the report:

1. Tackling extremism in the UK is a continuation of PREVENT and is similarly set to be on a collision course with the Muslim community. Like PREVENT, This report has been borne out of a top-down approach, where policy concerning the Muslim community is imposed from above and is based on theory and speculation rather than on consultation with genuine grass-roots community leaders.

Similarly with PREVENT, at its heart lies an underlying assumption that radicalisation is ultimately a problem that stems from contact with certain ‘radicalising’ individuals who misinterpret textual sources. Not only is this supported with no empirical evidence, it goes against the best advice of security policymakers such as former head of Mi5, Eliza Manningham-Buller who have stated that British foreign policy is the crucial factor in the ‘radicalisation’ of individuals.

2. As with the  the Blair government before it, the coalition has come up with a patronising attempt at Islamic theology, which suggests that Muslims are incapable of determining what is and what isn’t Islam.

Language about what is and what isn’t Islam, or about who is or who isn’t a Muslim should be left to the Muslim community. The government’s attempt at creating a state-sponsored, depoliticised Islam will backfire as it did under the Labour government – exposing the government to claims that it is ‘doing theology’. As Arun Kundnani has put it: ‘Such an approach runs counter to the secular separation of ‘church’ and state, even though such a separation is itself upheld by the government as a marker of ‘moderation’ which Muslims should aspire to.’

3. Many of the proposals in the report will seek to criminalise non-criminal behaviour. There are existing laws governing freedom of expression that make incitement to violence and religious hatred, illegal. Trying to take this further and criminalise hate-speech deemed unsuitable to government ears is clearly an attempt to criminalise dissent.

Furthermore, it is noteworthy that these proposals will be within the confines of the civil law system, which means that they will be able to make claims of extremism against individuals, but cover themselves through the use of secret evidence via the Justice and Security Act. Many individuals will be left in a Kafkaesque limbo – how can they challenge any accusations of extremism without knowing the evidence against them?

It is important to recognise the wider implications of these proposals in that not only are they discriminatory toward a particular community, they amount to an assault on this country’s ancient privileges. As former law Lord, Lord Hoffman said when speaking of a similarly draconian measure: “The real threat to the life of the nation, in the sense of a people living in accordance with its traditional laws and political values, comes not from terrorism but from laws such as these. That is the true measure of what terrorism may achieve. It is for Parliament to decide whether to give the terrorists such a victory.”

4. The report itself is of questionable quality and integrity. No empirical evidence is offered to back up its sweeping generalisations, while it fails to cite a single source as evidence. It’s publication during the Woolwich trial highlights the government’s expediency and unwillingness to listen to or learn from the trial’s conclusion, especially given the framing of the report within the context of the incident.

Moazzam Begg, Outreach Director of CagePrisoners said: “Clearly, the timely fashion of this report shows that the government have been keeping abreast of the Woolwich trial at the Old Bailey. If they had listened hard enough they would have come to learn that the motivating factor in this – as with other such attacks – is UK foreign policy. It is incomprehensible why the British Muslim community must be squeezed because of the British government’s involvement in a disastrous “war on terror” that continues to sow the seeds of violence both at home and abroad.”