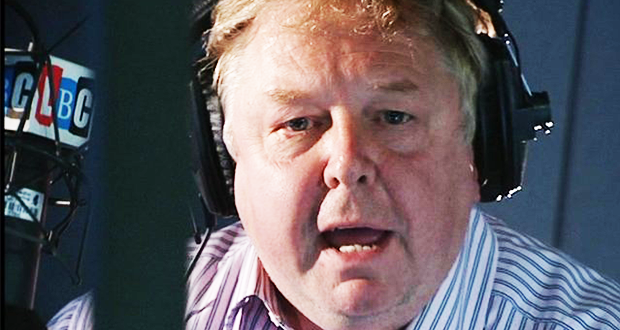 This morning Nick Ferrari’s desperate attempt to make an anti-Muslim mountain out of a molehill was embarrassingly foiled by several callers. The whole fiasco started when Channel 4 news anchor, Cathy Newman, tweeted last night that she had been ‘ushered out’ of a mosque where she had come for a ‘Visit My Mosque’ event. It transpired later that she in fact went to the wrong mosque by mistake, and they had merely directed her to the nearby mosque that she was supposed to go to. However, the damage was done since hundreds of foolish and ignorant people jumped to condemn the mosque for ‘kicking out a female journalist’ and other such ridiculous spins.

This morning Nick Ferrari tried to weigh in on the attack and spent most of his LBC radio show trying to take digs at Muslims for this fictitious event, but when these callers rang in and exposed his desperate attempt at an anti-Muslim spin he got increasingly uncomfortable, but still did not give up until the end!

2015-02-02
+Editor
Previous: Al-Ifk: Lessons from the heinous lie against ‘Ā’isha (radiyAllau ‘anha), Mother of the Believers
Next: Yā Sīn: a new journey begins