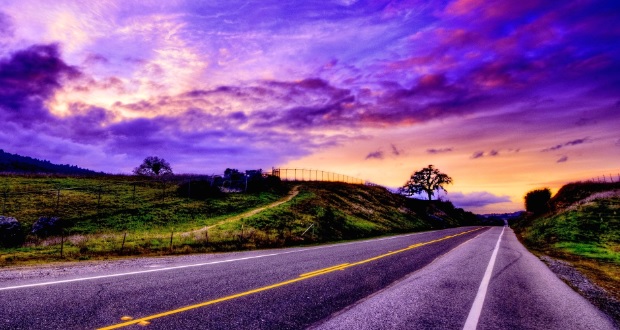 Allāh repeatedly describes the great Qur’ān as being a ‘light’, unmistakable, clear in articulation and beautiful in its instructions. He, the Most High says:

“So have faith in Allāh and His Messenger and in the Light We have sent down.”[1]

Light as we know it not only touches the surface of a leaf but seeps beneath it to impact on the inner system of the entire plant by triggering photosynthetic activity. This then nourishes the leaf, invigorates it and fills it with life. A plant will shrivel and harden without water. The tremor caused by water droplets hitting the hard, barren earth stimulates the emergence of lush green vegetation, and fruit, sweet in its essence and beneficial to humanity. He who brings about such vibrant life from barren earth is the One who gives life to dead, hardened hearts. His words are the Qur’ān, sent down from the heavens, upon fertile hearts that tremble in its reception, coming to life and forth in faith, guided by its shining light. Amazingly, this very similitude of comparing the Qur’ān to fertile lush rain and its impact on dry barren earth is used often in the Qur’ān. In chapter 39 al Zumar, reflect on what Allāh says:

“Do you not see that Allāh sends down water from the sky and threads it through the earth to emerge as springs and then by it brings forth crops of varying colours, which then wither and you see them turning yellow and then He makes them into broken stubble? There is a reminder in that for people of intelligence.”

“Is he whose breast is opened to Islām, and who is therefore illuminated by his Lord…? Woe to those whose hearts are hardened against the remembrance of Allāh! Such people are clearly misguided.”

“Allāh has sent down the Supreme Discourse, a Book consistent in its frequent repetitions. The skins of those who fear their Lord tremble at it and then their skins and hearts yield softly to the remembrance of Allāh. That is Allāh’s guidance by which He guides whoever He wills. And no one can guide those whom Allāh misguides.”[2]

‘Tremble’ from ‘Taqsha’iru’ refers to shiver that causes the hairs on the body to stand up, commonly known as ‘Goosebumps.’ Such imagery depicts the receivers of Qur’ân, tranquilly humbled, peacefully tearful and with shivers running down their bodies when they hear it, contemplate over it unreached eloquence and over their inability to match it. It is in specific reference to the leaders of the Ummah, the companions of the Messenger (sall Allāhu ʿalayhi wa sallam).[3]

Verses such as these illustrate just how far away the Muslim world has become from the Great Qur’ān. Its purpose is far beyond being simply a Sacred Text that is recalled now and again, quoted in gatherings, brushed scripted on the walls of Masājid or recited at funerals. In fact, it is a guiding light, one that is totally indispensable to our very existence and the beacon to our success in this life and the next. Even according to non-Muslim academics, it “transformed a number of heterogeneous desert tribes of the Arabian peninsula into a nation of heroes,”[4] it “attracts, astounds, and in the end enforces our reverence… Its style, in accordance with its contents and aim is stern, grand – ever and always, truly sublime.”[5] And to Allāh belongs all praise.

Those who incorporate the Qur’ān fully into their lives, enjoining what it instructs, leaving what it prohibits and absorbing its guidance, illuminating by it their journey to the hereafter are non but the people of the Qur’ān and those closest to Allāh. The Messenger of Allāh (sall Allāhu ʿalayhi wa sallam) said: “Allāh has His own people among mankind.’ They said: ‘O Messenger of Allāh, who are they?’ He said: ‘The people of the Qur’ān, the people of Allāh and those who are closest to Him.'”[6]

How can we truly realise the magnificence of this guiding book, and truly be guided by it without understanding it? A signpost to a destination will be meaningless and in fact misguiding if it were transcribed in obscure shapes, patterns or encrypted code. The study of the Qur’ān serves the purpose of our lives and clarifies for us our direction. It is an activity that cannot be stressed enough. It is unfortunate that many students of knowledge overlook its importance in favour of studying other sciences, such as jurisprudence or theology when all sciences revolve around it. The Prophet (sall Allāhu ʿalayhi wa sallam) declared its supremacy when he said: “The best of you is the one who learns the Qur’ān and teaches it.”[7]

People often think that the realm of benefit of Qur’ānic study is confined to simply spiritual guidance, or worse still merely Divine blessings, however, the Qur’ān provides human beings with intellectual enlightenment, character development and even entertainment; as the Qur’ān, by its own admission: “narrates the best of all stories”[8], and great stories are like vehicles that transmit messages through engaging accounts.

According to Ibn Taymiyyah, the Prophet (sall Allāhu ʿalayhi wa sallam) taught both the meaning and text of the Qur’ān to his Companions, explicitly as well as through his behaviour and example. This is why his beloved wife and mother to the Believers ʿĀ’isha (raḍiy Allāhu ʿanhu) would say that: “his character was the Qur’ān.”[9] The Early Muslims then educated the coming generations and the meanings of the entire Qur’ān soon became documented and broadly agreed upon by the scholars of the Qur’ān. Ibn Taymiyyah then asserts that in the realm of Tafsīr, there is little difference between the companions[10]. With the message of the Qur’ān made clear and documented by the most qualified of all people, a solid foundation was set allowing the Muslims who would come later to reflect, ponder and deliberate over these meanings with confidence and conviction. The Qu’rān by its nature speaks of an inexhaustible truth and is a source of unlimited guidance with an immeasurable amount of lessons ready to be extracted. It speaks to people on all levels and yet its eloquence and beauty can be matched by none.

The Beginning of Something Special

This series of articles draws upon certain verses of the Qur’ān to deliberate over the meanings as transmitted by the scholars of the past, the greatest of which was Imām al-Ṭabari (310H), in order to derive pertinent lessons and points of benefit. The coming articles will also extract some of the never-ending linguistic gems within the detail of the words, as well as exploring the higher objectives of the passages (Maqāsid) and their relevance and applicability to present day phenomena. The original approach they will take will, by the will of Allāh, help develop in the reader a deeper admiration of the Qur’ān, a structured understanding of some of the literal and implied messages flowing from its statements and grounding on how to study it further and to teach it to others.

The study will embark from the 36th chapter of the Qur’ān, Surat Yā-Sīn a chapter often recited and held in special regard by Muslims the world-over. How many truly appreciate the essence of its purpose, the significance of the accounts that it relates and its pertinence to today? We ask Allāh the Most High to purify our intentions, and to allow us to receive the light of the Qur’ān in a way that will illuminate our hearts, guide us to His pleasure and alleviate through it all befallen trials and tribulations.

[10] The vast majority of apparent differences can be corroborative at closer inspection, complementary, or simply stem through the use of different examples in order to elucidate the same meaning. [REF]