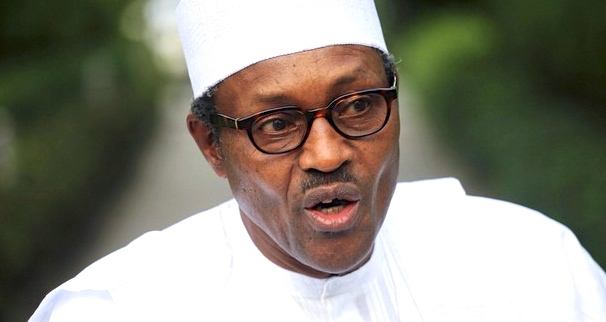 For the first time in the history of Nigeria, a sitting government has been voted out of office through purely democratic means. Power will transition from one government to the next, not through falsified elections nor through a bloody coup, but through ballet boxes and a genuine desire for change. What is more, a Muslim man, famed for his resistance to corruption, has been chosen to lead by the people of Nigeria.

In the fairest elections Nigeria has witnessed, Muhammadu Buhari become President-elect, winning by a phenomenal two-million-vote margin. Outgoing President Goodluck Jonathan allegedly ‘made his own luck,’ holding on to his power through rigged elections.[1] Now he is accused of spending over $10 billion in an attempt to sway the elections.[2] However, in a surprising move, Jonathan called Buhari to concede defeat and to congratulate him, attesting to the honesty of Buhari’s claim to leadership.

Now Nigeria stands a chance of partially filling the role Egypt failed to play in the development of the Muslim world. This is more than good news for Nigeria; it is potentially a pivotal moment for Islām in the 21st century.

Since the collapse of the Ottoman Empire, the MENA region has been categorised by corruption and puppet-regimes.[3] Western elites have long secured their economic and political interests in the region in spite of its inhabitants. Added interference from Persia, the Arab Gulf, China and Russia has smothered the territory in recent years, terminating any hope for true democratic reform.

By the 1990s almost half of all countries had become democratic, and yet, to date, the Muslim world remains obstructed from self-determination. Where pseudo-democratic systems have emerged, they have been dubious at best; rampant with corruption and absent of essential political rights.[4]

After 2011, the Ummah held its breath as the Arab Spring kindled hopes. Amidst the overshadowing chaos in the region, Egypt emerged as a ray of promise as Mohamed Morsi became the first ever democratically elected leader of Egypt. Morsi strived to transform Egypt into a constitutional democracy that would ensure the peaceful transition of power for years to come. The positive change he represented promised long-term stability for Egypt, and, by extension, the entire Muslim world.

Morsi worked to develop the world’s first modern Islamic democracy, potentially serving as a model for other nations.[5] However this popularly desired change was deemed a threat to some due to the location of Egypt as well as its political significance. The new-born hope was soon trampled by Sisi’s coup d’état, as Egypt once again found itself trodden beneath the boot of military dictatorship.

The people of Egypt were given a chance to be pioneers of the Ummah in this age. Yet, contrary to the hopes of many, Sisi’s incompetent leadership disabled Egypt from playing a pivotal role in stabilising the region. While scholars persisted in reminding Muslims that the darkest part of the night is just before the dawn, many despaired or even turned to back the rising tide of destructive alternatives.

It is against this gloomy backdrop that a glimmer of hope is seen as Nigeria rises to the challenge of becoming the region’s first true working democracy, led by Islām. Allāh says in the final verse of Surāh Muḥammad:

“Here you are – those invited to spend in the cause of Allāh – but among you are those who withhold [out of greed]. And whoever withholds only withholds [benefit] from himself; and Allāh is the Rich, Free of need, while you are the needy. And if you turn away, He will replace you with another people; then they will not be the likes of you.”[6]

The immense opportunity loaned to Egypt was taken for granted and its magnitude underestimated. It appears Allāh has passed this opportunity to the people of Nigeria. May He guide them to choose what is best for their people, and the Ummah as a whole.

Due to its location, Nigeria will not have the same opportunities as Egypt. Still, the country truly has the capacity to achieve great things. Nigeria is one of the world’s largest exporters of crude oil and has the largest known gas reserve, pumping 5 billion cubic metres of gas daily. It also boasts the biggest economy in the region yet, due to exploitation by foreign capitalism and the dishonesty of previous leadership, almost half of Nigerians live in poverty.[7] The African nation truly has endless potential but that potential has been pouring wastefully into an abyss of institutional corruption and the uncaring interests of foreign powers.

Nigerians elected Muhammadu Buhari because they wish to see an end to this corruption. Buhari led Nigeria following a military overthrow in 1984 however he was in turn ousted in under two years. Nevertheless his reputation amongst his people is exceptional and he is known as one of the ‘cleanest’ generals in the country.[8] Buhari is considered the furthest away from dodgy dealings and corrupt behaviour in politics, reputed to have an ‘incorruptible nature.’[9] He has gained large-scale support from both Muslim and Christian Nigerians who want to see their nation reach its full potential.

And the success of Nigeria can be realised, with the permission of Allāh. But change, particularly change for good, is vulnerable. Only Allāh knows what kind of Middle East would exist today if puppets such as Abdul Fatah el Sisi, Nouri al Maliki and others where not propped up in positions of leadership. Under Morsi, Egypt would have played a critical role in pressuring Israel to adhere to international law and mediating the road to peace. In the absence of Russian and Persian intervention, not to mention western ambivalence, it would have been entirely possible for Syria to become a just and stable nation, and ISIS would not have been given its opportunity to fester.

If Western governments, particularly the United States, desist from the pattern of reinstating military dictators and corrupt officials, nations such as Nigeria will at least have the opportunity to heal their aged wounds. Sadly, this pattern of intervention has become the norm in mineral-rich countries or nations bordering Israel as they are deemed by the powers that be to be unworthy of self-determination. We will never see a fully-fledged Muslim democracy in the MENA region until we see a change in western foreign policy. Western style liberal-democracies will not be accepted in Muslim lands where Allāh, and therefore Islamic Law, will always be sovereign. The United States and other European nations must overcome their two-dimensional view of Islamic rule and engage openly and genuinely with Islamist movements which are willing to adopt shared democratic norms. It is the responsibility of Muslims living in these nations to become politically involved, and activists in the hegemonic nations such as USA and UK to hold their elite to account, in order to effect this change.

Studies have made clear that a majority of potential voters in the region believe that “men of religion” should be in power.[10] The West needs to understand that Muslim ‘men of religion’ do not play the same role in society as clergymen. Originally, Islām does not split between spiritual and political leadership. Islām is guidance for mankind which enables those who submit to excel in all righteous worldly endeavours. A Muslim who adheres to Islām becomes better in all aspects of his or her life; a practicing Muslim becomes a better spouse, a better worker, a better student and better leader. It stands to reason then, that only a pious Muslim can lead. As the Muslim world gradually returns to the practice of Islām, they are beginning to demand righteous leaders as their tolerance for corruption is coming to an end.

Muhammadu Buhari serves as an example that hope remains for a just Muslim world in our time. In spite of the subversion of the Arab Spring, and the toxicity of ISIS, Boko Haram and the like, the election of Buhari proves once again that the ummah is thirsty for change; that in this ummah we have an abundance of capable leaders with sound faith ability and wisdom; above all, it proves that there is hope so long as we trust in Allāh.