Niqab debate: ‘Sometimes you have to force people to be equal’ 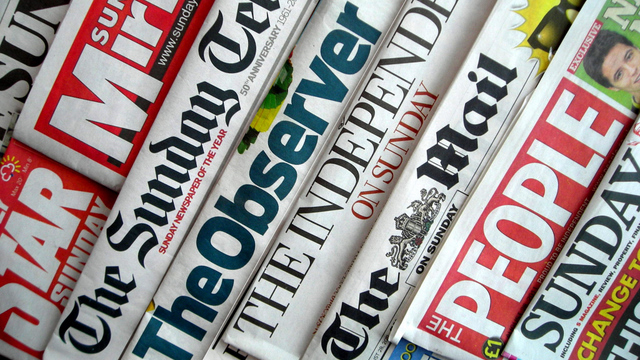 The Daily Mail, Independent, the Daily Telegraph, the Sun and Guardian all featured opinion pieces questioning the logic behind the decision with some writers expressing outright Islamophobic and racist views.

Birmingham Metropolitan College’s decision last week to reverse its ban on the veil was met with outcry and condemnation in many of this weekend’s newspapers with some politicians and columnists taking umbrage at the policy reversal.

The Daily Mail, Independent, the Daily Telegraph, the Sun and Guardian all featured opinion pieces questioning the logic behind the decision with some writers expressing outright Islamophobic and racist views.

Newspaper commentary is supplemented with political interventions with Home Office Minister, Jeremy Browne, calling for a ban on the wearing of the veil in public places and Conservative MP for Totnes, Dr Sarah Wollaston, urging national guidance on the wearing of face veils in Britain.

Commentary on the niqab, fusing the events at Birmingham Metropolitan College and Blackfriars Crown Court last week, comes thick and fast in the papers with pieces by Theodore Dalrymple, (whose real name is Anthony Daniels), in the Daily Telegraph, Trevor Kavanagh in The Sun, Yasmin Alibhai-Brown in the Independent, Sarah Wollaston pens a guest column for the Daily Telegraph, Victoria Coren-Mitchell in The Observer and Melanie Phillips in the Daily Mail.

Dalrymple pens a piece peppered with incendiary phrases, referring to the student protests that prompted the college to back down “religious thuggery” while questioning whether events herald “…the triumph of a regressive view of human existence whose adherents use the rights and protections of a liberal society to destroy those very rights and protections, with the ultimate aim of imposing an intolerant vision on the world?”

An “intolerant vision of the world”, which Dalrymple elsewhere in his column refers to as “aspiring totalitarianism”.

Indeed, for Dalrymple “niqab is symbolic of a strong desire not to integrate in Western society” and manipulate by Muslim women who seek to fuse “medievalism with modernity”.

Unwilling to accept that Muslim women would choose to veil their faces, Dalrymple insists that many “wear it often because they have little choice and are coerced”.

On the question of choice or coercion, Sarah Wollaston wades in complaining of what we are to do with those “…once the niqab becomes an accepted norm, are pressured into compliance as a badge of piety or purity? It would be naive to think that a thirteen year old would have complete freedom to reject family or peer group pressure.”

For Wollaston, the niqab places on the majority the responsibility to insist on “our cultural belief that women should fully and equally participate in society…Women should be clear that the burka is a symbol not of liberation but of repression and segregation.”

One can only wonder at how many Muslim women who wear niqab and burqa Wollaston has spoken to in reaching her conviction that it is “a symbol not of liberation but of repression and segregation”?

These sentiments are echoed by Melanie Phillips in her last article for the Daily Mail, in which she argues “…the over-riding rule of a liberal society is that minority customs should be tolerated — but only if they do not interfere with the values of the majority.”

But as Jogchum Vrielink in an article for Open Democracy wrote, in a review of the burqa ban in Belgium, “Fundamental rights ultimately exist to protect minorities, unpopular minorities in particular, against the tyranny of the majority. A boundary is crossed when rights of individuals are simply sacrificed to majority sentiments.”

It is a point worth reinforcing to those who use arguments on the values of ‘liberal’ democracies to undermine the rights of women to exercise liberty in practising religion in the way they choose.

Such is the tack taken by Yasmin Alibhai Brown, who in a column in The Independent argues the ‘choice’ exercised by women is the result of an ideology “well funded by sources based in Saudi Arabia and the Gulf states” in which “manmade injunctions [are] followed by unquestioning women”.

But as numerous interviews with women who wear face veils show, they are certainly not to be regarded as ‘unquestioning’ in the choice they have made.

Trevor Kavanagh in The Sun treads a similar path, decrying the College’s move of caving in to “intolerant fanatics” and being “dragged back to the dark ages of superstition and repression.”

In a confused piece which draws together such disparate issues as ‘honour’ killings, female genital mutilation and forced marriage, Kavanagh claims the niqab and burqa “are first and last an overt testimony to male oppression. The imply women are property. Objects with no public identity outside the household, controlled at all points in their daily lives by fathers, husbands, or brothers.”

In an amusing irony, Kavanagh’s column appears alongside The Sun’s editorial column in which the paper celebrates the fact that half of Liberal Democrat councillors “DON’T want to ban page 3”.

Kavanagh laments feminists’ silence on the college decision, but it would seem his interest in feminist opinion extends only to opinions on the niqab.

Nick Clegg, adding to comments made last week on the College’s ban making him “uneasy”, adds:

“My own view, very strongly held, is that we shouldn’t end up like other countries issuing edicts or laws from parliament telling people what they should or should not wear.

“This is a free country and people going about their own business should be free to wear what they wish. I think it is very un-British to start telling people what pieces of clothing they should wear.

Other prominent opponents of the ban include Liberal Democrat Home Office Minister, Jeremy Browne, who thinks an outright ban on the veil in public needs to be debated. The minister tells the Daily Telegraph:

“I think this is a good topic for national debate. People of liberal instincts will have competing notions of how to protect and promote freedom of choice,”

“I am instinctively uneasy about restricting the freedom of individuals to observe the religion of their choice. That would apply to Christian minorities in the Middle East just as much as religious minorities here in Britain.

“But there is genuine debate about whether girls should feel a compulsion to wear a veil when society deems children to be unable to express personal choices about other areas like buying alcohol, smoking or getting married.

“We should be very cautious about imposing religious conformity on a society which has always valued freedom of expression.”

In all the comment pieces written, the most sensible contribution comes from Victoria Coren-Mitchell, writing in The Observer, about her own wrestling with conventions and patriarchy.

“That it’s a strong and happy choice; that their grandmothers (or young cousins in Saudi Arabia) might not have had that choice, but they do in Britain today and they make it in glad and grateful acknowledgement that it isn’t mandatory.”

Noting the ‘false choices’ all women are made to make, Coren-Mitchell reflects on her own choice to adopt her husband’s surname and the feminist reaction such choices elicit vacillating between “oppressive when it’s obligatory, but confident and happy as a choice”.

Seeing her own dilemma in the eyes of Muslim women who choose to veil their faces, Coren-Mitchell describes her epiphany: “I will recognise her as very familiar – only, perhaps, having made her choices more decisively than I make mine.”

Perhaps a glaring omission in all the commentaries written is the viewpoint of women who veil their faces. Let’s hope, should a national debate be sparked on the issue, that their voices, so absent in the media, are granted the public space to challenge perceptions of their subjugation, oppression, stunted careers etc…

Notes: This article has been sourced from www.iengage.org.uk