President Morsi: “Our Brother, Our Martyr” 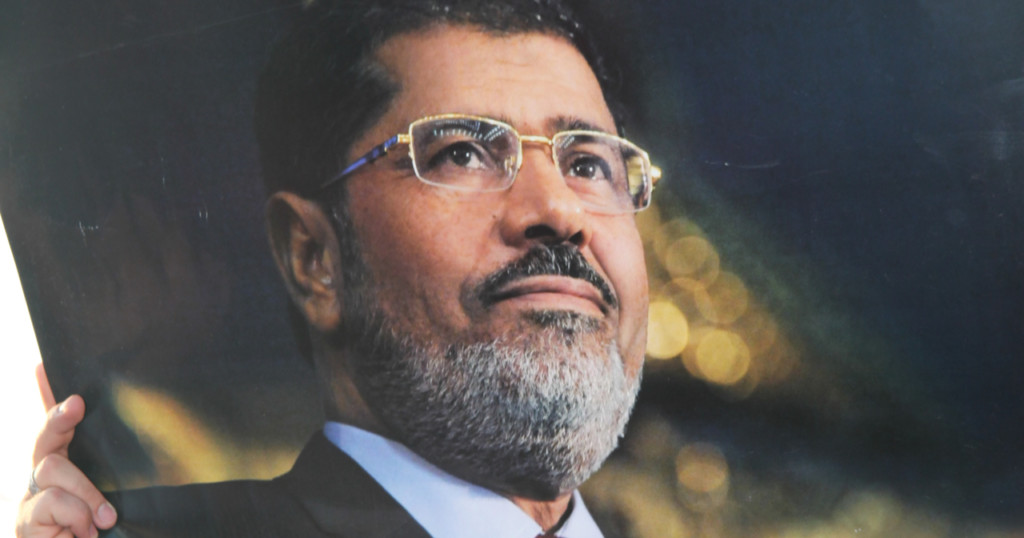 “Father, we will meet in the presence of Allāh.”

President Mohamed Morsi (raḥimahu Allāhu) was a President like none other: the first and last democratically elected in Egypt’s known history; A ḥāfiẓ of the Book of Allāh, the husband of a ḥāfiẓah and the father of five ḥufāẓ; [1] a leader, and a representative of the deep-rooted, profound Muslim Brotherhood organisation that emblematises decades of Islamic Scholarship, humanitarian work, and unparalleled political organisation. The group was Egypt’s unsung backbone, running 1000 Non-Governmental Organisations and developing intuitions for the poor and destitute.

With the participation of Mohamed Morsi, the Muslim Brotherhood organised the masses and achieved Egypt’s most peaceful transition from a wedged military tyranny to Parliamentary Democracy. The rocket scientist by trade would go on to triumph in five consecutive elections: the 2011 constitutional referendum; the 2011 to 2012 People’s Assembly vote; the 2012 Upper House of Parliament, the 2012 Presidential Election; and the referendum on the new constitution.

Despite President Morsi ruling Egypt on the lowest paid salary for a President in the world himself, he managed to increase agricultural exports increased by 20%, he reduced the Central Bank’s deficit reduced by 45%, and he raised economic growth to 2.4%. [1] Amidst perpetual protests and targeted character assassination, his administration transformed Egypt into the much-desired civil state.

It was President Morsi who answered the cries of the Syrians, severing Egypt’s ties with the bloody regime and exclaiming to all hearers – “We hear your call, Syria” – and supported its revolution. [1] Who can forget when Morsi stifled ‘Israel’s’ war on Gaza in 2012 on-par another massacre, [1] withdrawing Egypt’s ambassador to the Zionist entity. Ask the 2300 people who were killed in Gaza in 2014, or the 10,000 wounded during what the coup regime did one year after Morsi was overthrown.

2013 saw one of history’s worst crackdowns on pro-democracy activists. President Morsi was deposed, and him, along with hundreds of leaders in the Muslim Brotherhood and thousands of activists were incarcerated and trialled under the most derisory accusations. The six-year-long trial swung between jail and death sentences whilst Morsi stood defiant, upright, and smart behind a glass window, but never conceding his position as Egypt’s highest authority.

Other than the 3000 of those who were killed parading in his support, a fraction of the 13.2 million who waited under the sun to cast their votes, tens of thousands of his supporters were detained under forged charges and scores were assassinated in the bloody military crackdown that continues today. Unfortunately, this was much to the silence of the international community that instead recognised the despot, Abdel Fattah el-Sisi, inviting him to economic forums and prestigious dinners, and bolstering him with hundreds of billions of petrol money.

“It is not befitting for a leader to follow concessions… all praise is due to Allāh, I strived 15 years for martyrdom…[moments before his execution he said] this finger that declares the oneness of Allāh in ṣalāh refuses to write a letter in recognition of this tyrant’s authority.” [2]

During a ‘court’ hearing on the 17th of June, 2019, President Mohamed Morsi collapsed and returned to his lord. Morsi and his family indicated to the ‘court’ that there was an imminent danger to his life due to a prevailing medical condition towards the beginning of May. The ‘court’, however, ignored his pleas. [3]

Mohamed Morsi was an icon of patience and perseverance against oppression, tyranny and the thugs of injustice. He was an icon of struggle and daʿwah to Allāh (subḥānahu wa taʿālā) in his youth whilst in the United States. Having returned with intents to revolutionise Egypt’s ailing industry, he was battered by military pawns and pseudo regimes. [1] Morsi is, today, a martyr of injustice, and has returned to his Lord whilst standing in the face of tyranny:

“The leader of the martyrs is Hamzah b. ʿAbd al-Muṭṭalib and a man who stood up before a tyrant and enjoined good and forbade evil, and he killed him.”

“Everyone will be raised in the condition in which he dies.”

President Morsi died whilst being trialled unjustly and will, by Allāh (subḥānahu wa taʿālā)’s leave, be resurrected standing in front of the tyrants paid to level counterfeit accusations at him. His adversaries will not be able to go far. Who will be jeering then when the tables turn and they are the ones facing Allāh (subḥānahu wa taʿālā)’s Court? Whilst President Morsi’s days in dark, dreary dungeons are replaced with everlasting palaces and gardens of delight, he will see his oppressors, maybe glimpse the once tyrant standing to hear the verdict in the Court of Allāh – “They will come forth, with humbled eyes…” [4] – the angels, the Prosecutors, his limbs, his witnesses, and Allāh the Judge. This is the final decree and the sweetest retribution.

The companion of the Prophet (sall Allāhu ʿalayhi wa sallam), Haram b. Milhān, only declared, “I have won by the Lord of the Kaʿbah,” after the spear was plunged into his body whilst on his journey to teach the Qur’ān. [4] The believer of Yā Sīn, ‘Ḥabīb al-Najjār’ saw nothing of a ‘worldly positive result’ but was promised Paradise at the instant he was martyred. [4] Today, Morsi (raḥimahu Allāhu) joins them.

“And do not think Allāh to be heedless of what the unjust do; He only respites them to a day on which the eyes shall be fixedly open.” [5]