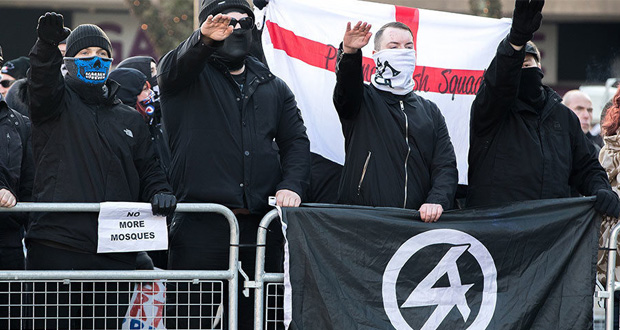 ‘Punish a Muslim day’ has been making its way through social media and has even hit the international press. For those who haven’t seen it, a series of points are awarded for various acts of violence towards Muslims and Muslim places of worship, including a nuclear attack on the holy city of Makkah. In response to the letter there was a “Love a Muslim day” in which various acts of kindness are to be awarded with points, including buying tea and cake for a Muslim.

This appears to have started after MEND shared the letter with the hashtag #loveAMuslimDay.[1] However, whilst the sentiment may be commendable and originate from a position of kindness, it reinforces the ‘othering’ of Muslims. As if Muslims are a special community within Britain which needs to prove itself worthy of love or indeed hate.   Many Muslims would just like to be left to live their lives and feel deserving of neither praise nor opprobrium simply by virtue of the fact that they are Muslim.

Furthermore, little if any in the vast amount of media coverage, has there been discourse on why Muslims should be punished. There has certainly been universal condemnation, but there is almost a tacit acceptance that Muslims are a guilty community and therefore the grievance against them legitimate, however, this letter is a step too far for civilised western sensibilities.

Whilst the Police and other organisations have coordinated to describe the letter as “malicious”,[2] this falls well short of appreciating the gravity of the letter. It is nothing but incitement to terrorism, and the failure to appreciate this will mean it will not be given due resource and sadly the perpetrators may not, therefore, be apprehended. These letters were also sent to labour MPs with Jeremy Corbyn releasing a statement condemning the letters:

“Labour is committed to tackling Islamophobia and anti-Muslim hate crime, as well as all other forms of bigotry, racism and xenophobia.[3]”

However, it was the well-respected Conservative MP, Anna Soubry who stood in parliament and said:

“This isn’t actually a hate crime, this is actually an act of blatant incitement to terrorism.”[4]

These letters must be seen on the background of rising far right sentiment in Britain which historically may have been anti-semitic, but is now rampantly Islamaphobic. These tensions have been stoked by the right-wing media and politicians who have created a largely imaginary “terror” threat in uncritical minds and intentionally conflated terrorism with normative orthodox Islam, which some term as “non-violent extremism”. This has resulted in the creation of a monster which can no longer be controlled.  Indeed, outgoing head of UK counter-terror policing, Mark Rowley, revealed that there had been four far right terror plots which had been foiled since March 2017 alone.[5]  Just last week, a British soldier who is accused of belonging to Neo-Nazi group, National Action, was placed on trial for stockpiling weapons ahead of a “race war”.[6]

The question is, what can be done about this to protect ourselves, and more specifically, our Muslim sisters—who usually feel the worst effects of rising Islamophobia due to their visible Muslim identity and the inherent cowardice within Islamophobes.  Whilst nobody should endorse vigilantism, there are precautions that we should take, foremost among them being taqwa.

3rd April 2018 should be treated as any other day and we should not feel fearful of leaving our homes as this is what those propagating this vile letter are hoping to achieve.  However, we should be aware that some may feel empowered to act on their hateful urges inspired by this letter. Accordingly, we should keep an eye out for our wives, sisters and daughters in particular and urge them to be street smart when out and about. Some have suggested that men in local communities organise themselves in order to ensure that all women, no matter what faith, feel safe walking the streets on that day, as well as protecting places of worship. This is not a call to arms, nor is it a call to vigilantism. However, it is a recognition that many Muslim women are concerned for their own safety given the rising tide of islamophobia and the impotent response from the government and police. Some are asking if it has fallen on Muslim men to ensure the streets are safe.

Perhaps Mosques and other community centres will also consider stepping up their security on this day and moving forwards organise women’s self-defence classes to further empower Muslim women. Whilst we take the means we should all feel comforted by the promise of Allah:

“Allah is the Protecting Guardian of those who believe.”[7]

Looking to the future, with the escalation of such threats to the Muslim community,[8] surely it is time for the government to take action.  It has been an ardent supporter of the Community Security Trust (CST), which is a Jewish initiative set up to protect members of the Jewish community from anti-Semitism.  The time has come for the government to consider extending some of that support to a similar initiative to protect its 3 million Muslim citizens.[9]

It is surprising to some that the Police have still not been able to apprehend the assailants. Some have pointed out that if the target had been a different minority community, for example “Punish a Gay Day”, perhaps the Police and government response would have been more swift and decisive. If that were the case it would have been so due to little more than the power differential—how many positions of power or influence do politically awake Muslims focus activism and accountability towards, let alone hold themselves?  Nevertheless, it remains the primary responsibility of government to protect its citizens, including those of the Islamic faith.

Finally, it is likely that the day will pass with no demonstration of such horrendous acts as called for in the letter, because in the final analysis such people who write these letters are vile cowards, hiding behind anonymity. In fact, if you’re fortunate enough, you might get a cup of tea and a slice of cake out of it. There is no doubt that no one should act in contravention of the law, but any coward seeking to harm our sisters should remember that they are part of an Ummah that will not hesitate to defend them.