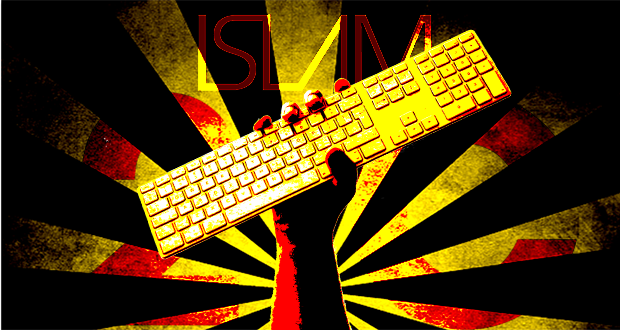 Rise of the Keyboard Army

Lobbying takes its name from the lobbies, or hallways, of Parliament where MPs and peers gather before and after debates in the Commons and Lords chambers.[1]

Today, with the advent of newer technologies, no longer does one need to linger in the corridors of Westminster, we can effectively lobby with two clicks or taps on the phone. But why are we discussing something supposedly reserved for large multi-national companies or private groups that can afford to shower MPs with “gifts” or whisk them off to lavish trips to Israel?[2]

Since the dissolution of the unity of Islām, whether this was after the Umayyad Caliphate or after the last Ottoman Caliphate and Europe’s annexation of Asia and Africa is subject to debate, Muslims have been longing for unity. So, in reality, we are now nomads seeking protection in whichever state we happen to fall in. Our [British] passports state that in the “name of Her Majesty” we travel in; we have accepted a treaty to abide and live by. Just like the noblest statesman who ever lived (sall Allāhu ʿalayhi wa sallam) who made the Treaty of Hudaybiyyah, these concepts of citizenship and integrated society is not new.

However, the post-1900s Muslims are made to feel and think they are inferior by the myriad of complex media and social systems in the west. Some western historians state Islām spread by the sword, and today we have some of our youth translating this to pick up arms and follow our heroes of the past. But this is far from the truth, our pious ancestors were active in social and political engagement – but today, how many Muslims in Britain know who their local MP is or what constituency they belong to? During a recent trip to the MRDF Family Conference 2014, where Muslims from all over the UK come to gather for a weekend, I took the opportunity to test my philosophy and randomly asked ‘who is your local MP?’ and ‘name your constituency’. I have commented on the result at the end of the article.*

Muslims need to understand the essence of the state they live in and the treaty they signed up to abide by. And yet, we have quite literally signed away our lives without reading the small print. We need to understand this term called “democracy” – we are living in a time when we are bombarded with media garbage, our minds are clouded with useless information. One might think they have got the hang of it: “left-wing”, “right-wing”, “far right and far left”; watching Newsnight every night; reading the broadsheet, and repeating the political tongue-twisters without getting twisted. The only thing we need to know about today’s politics and the only thing you need to take away from this article is that democracy is a number game.

Muslims in the West are too reactive, we wait for policies and change to happen then we cry and fight. Recently, the Counter-Terrorism and Security Bill is in its third reading (whatever that means) and now we are forwarding messages on whatsapp relentlessly to make amends. In France, they are in the process of forcing children not to have the option of halāl food at school, if they’re not taking them away from their parents completely. How did it get to this stage? We need to be proactive!

Let us talk about what I believe are real political facts that the media and schools will never teach you, only here on Islam21c:

Call it a democracy or a ‘multi-dictatorship’, it really does not matter who is in power, what matters is who your local MP is. Many Muslims think they need one of ‘their own’, in fact this can often be counter-productive. There are plenty of unfortunate examples of MPs from a Muslim background whose behaviour and policies have made things far worse for the Muslim community as a whole. It is also not uncommon for the Muslim MP’s own community to engage in slander such as “she sold us out…” or “he sold his religion…”.

Party policies, economic policies, and so forth, arguably have no bearing; yellow, red, blue have no bearing – politicians and their parties can promise what they like but, true to democracy, once in power they can do what they like during their term. The Iraq war, for example, was going to happen no matter which party was in charge; when an agenda needs to be accomplished any party can execute it in a multi-dictatorship.

Yes, precisely, voting is vital;[3] it is an important right your treaty gave you as a citizen to this country. Use it. My London borough is divided into two (more about this below). It has two candidates who are both aligned with Friends of Israel – this sort of information is not easily found, but scrolling through their Facebook and twitter feed reveals all. Do I feel they will represent me?

To vote blank, return it blank: draw a picture of the sun, scribble, write a poem, if you feel no one represent you make it clear by voting blank – a blank votes counts and a no-show is a no-vote.

This is an important piece of information everyone must understand. Your parents or siblings living a few streets down may not have the same MP as you. The country is divided in various ways; start to know the people in your constituency.[4]

Presently there are 650 parliamentary constituencies in the UK. Let us say there was a Muslim in each constituency who knew nine more people within their own borders, and we all emailed our local MP about issue ‘x’ – that is 6,500 emails to the MPs in the UK. During the next Commons debate at Westminster they would be compelled to discuss issue ‘x’.

To reiterate, this article is not about who to vote for – this is not important in my opinion – but this is how Muslims can unite in a small way that will make a difference to their lives as citizens of the United Kingdom. You signed up for it. You travel to Ḥajj and Umrah in “her Majesty’s name”. Let us stop making a fuss and put some work into making a difference. Even David Cameron has encouraged this idea of a Big Society. If you are not bothered and expect you can just go to the Masjid on Fridays and send your children to Madrasa every weekend, quite honestly this country might not be for you – forwarding a message does not “pass the buck”, you as a Muslim are responsible for your community and you will be accountable for it just like you will called to account on your salāh.

It is narrated by Thawbān that the Prophet (sall Allāhu ʿalayhi wa sallam) said,

“The people will soon summon one another to attack you in the same way as people invite others to share their dish. Someone asked: ‘Will that be because of our small numbers at that time?’ He replied: ‘No, you will be numerous at that time: but you will be scum and rubbish like that carried down by a torrent, and Allāh will take fear of you from the breasts of your enemy and place enervation into your hearts.’ Someone asked: ‘What is wahn (enervation)?’ The Messenger of Allāh (sall Allāhu ʿalayhi wa sallam) replied: ‘Love of the world and dislike of death.’”

There are many Muslims and a large percentage of us are inactive, while others possess a strong ideology as to why we should not involve ourselves in politics. But, if you are one of those who will visit http://www.theyworkforyou.com and find the name of your MP and your constituency, please get in touch at [email protected] I hope to write a series of articles once we have a strong team of brothers and sisters in each of the 650 constituencies, I am not sure if we have any Muslims in Orkney and Shetland or Aberconwy. Those not looking for fame or glory but working incognito within the community to help the youths and elders, understand the effect of a vote, or a blank vote and imperatively lobbying.

Sending someone a route on Facebook to go to Iraq and Syria via Turkey will land you a seven years prison sentence.[7] But uniting with your fellow brothers and sisters within your constituency to email your local MP about an agenda that might actually make a difference in the law of this land should be completely legal. And we must be wary of the khatīr among and around us who try to put all good things to an end. Remember Legoland?

* The result: one brother knew his MP’s name but not the constituency, others either called out their city or borough name; and others either guessed or did not know who their MPs were!

Previous: We’re all going on a summer holiday… inshā’Allāh
Next: #ChapelHillShooting: The Media Complicity in the Murder of Muslim Student