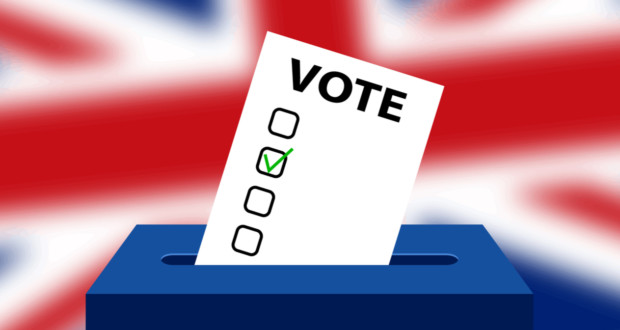 In the Name of Allāh, the most Gracious and most Merciful. All praise belongs to Allāh. May the peace and blessings of Allāh be upon His Final Messenger, Muhammad (sall Allāhu ‘alayhi wa sallam), his family and his companions.

Muslims are a source of goodness and khayr for everyone and everything, wherever they are. They are the Ummah of the final Prophet (sall Allāhu ʿalayhi wa sallam), who was sent as a mercy to all created beings. As Allāh (subḥānahu wa taʿālā) declares:

Indeed, this Qur’ān guides to that which is most suitable and gives good tidings to the believers who do righteous deeds that they will have a great reward.  [2]

You are leaders for humanity

“You are the best nation produced [as an example] for mankind. You enjoin what is right and forbid what is wrong and believe in Allāh.” [3]

One such opportunity for Muslims to carry out their divine obligation in the UK is in the upcoming election, as it is well known that choosing the right individuals or parties to rule a country is one of the ways of enjoining the good and forbidding the evil.

The upcoming British election has been described as one of the most important elections in a generation.

The last few years in the UK have been characterised by polarisation over many pertinent political issues, such as Brexit, the NHS, crime, racist and Islamophobic counter-terrorism policies, and many other things.

In the upcoming elections, we have for the first time more genuine and radically different options on offer to govern the country than ever before in recent history.

Why is it important to vote?

Many Muslim leaders call for political participation by highlighting the problems that Muslims in the UK or Europe are facing. Islamophobia, institutional discrimination, widespread ignorance and xenophobia, Islamic education, halāl facilities, and other such issues are what are often brought to the fore to show why Muslims should become politically active. No doubt, these are important issues, but I feel the need to address the whole issue of Muslim political participation from a proactive angle and one of leadership.

As Muslims, we must not accept being reactionary and defensive all the time. We must not let others dictate our thinking, narratives, and agenda. This not only continually puts us on the back foot, but it forces us into an intellectually and strategically subordinate—even inferior—position of being led all the time. Allāh wants us to be leaders for all humanity and His vicegerents on earth.

In the UK, the way that the Muslims are spread across constituencies means that we have more potential power than our numbers – we have the ability to ‘punch above our weight’. As organisations such as Mend have shown us in their research, Muslims live in large numbers in around 20 marginals seats—some of which were won in the past by only a few dozen votes—where the Muslim vote could be the deciding vote, if we are organised and proactive.

Some misconceptions about voting

The potential for Muslims to make a positive impact is often sapped by doubts and confusion, either from the ruling elite or from misinformed and decontextualised fatāwa from a different time and era.

“Voting for a candidate or a party means endorsing him or the party that might enforce many non-Islamic laws.”

“Abstaining from voting is the safer option in terms of committing a sin or kufr.”

Some people think that abstaining from voting is the best and safer option as they are keeping away from giving votes for some individual to be in power. This is despite British Muslims facing a number of challenges in this country related to the housing crisis, tuition fees, Islamophobia, employment, and other issues. These challenges are faced by everyone in our society. If we are not engaged and involved, we are going to keep losing many opportunities.

“I am just one person, what can I do? The politicians in charge are too powerful to let me make a change.”

The answer is: Allāh is not judging us based on the outcome but by what we do. When Allāh tested the tribe of Banu Isrā’īl with some rulings regarding the Sabbath, and a group of them disobeyed Allāh, the remaining group had a dispute amongst themselves with regards to trying to change those that disobeyed:

And when a community among them said, “Why do you advise [or warn] a people whom Allāh is [about] to destroy or to punish with a severe punishment?”

The reply was something we should all pay close attention to and take as a general principle in life, activism, and da’wah:

They [the advisors] said, “To be absolved before your Lord and perhaps they may fear Him.”

What is our primary concern?

Our primary concern should be what we say when we stand before Allāh about trying at least to make positive change, however daunting it might be. Accepting defeat is guaranteed to allow injustice to prevail, especially in an election when enough individuals feel disempowered or disenfranchised not to turn out and vote. Remember, there were more people that did not vote in the last election than those who voted for the winning party!

If enough of us strive to oppose injustice and establish justice, it will lead to the desired result, which is why many in power try to reduce our tendency to be involved in politics. It will also—in shā Allāh—reach the primary goal, which is having an excuse before Allāh for what we did within our sphere of influence, however little it may be materially, in order to bring about positive change.

There is no fourth option to sit idly by without doing something. None of us in the UK are forced to the extent that we are unable to make our voiced heard at election time, when it counts most in politics.

Make sure that you are registered to vote in the UK.

Try to understand the Muslim strategy of voting in your area.

Encourage unity and cooperation with the various Muslim organisations and groups in your constituency to amplify your voice.

Get involved in or organise hustings in your localities where the different candidates can come and argue who is best for your constituency. More importantly, hold the winner to account after the elections, until the next election.

By the grace of Allāh, many good Muslim organisations are highlighting useful guidelines in helping Muslims to participate in the coming general elections. Muslim manifestos have been submitted to political parties and are available to put to prospective candidates in our local areas. [4]

Register by midnight on 26 November to vote in the General Election on 12 December.

Click here to view the candidates competing to be your MP