Shaikh Haitham on the 2015 elections 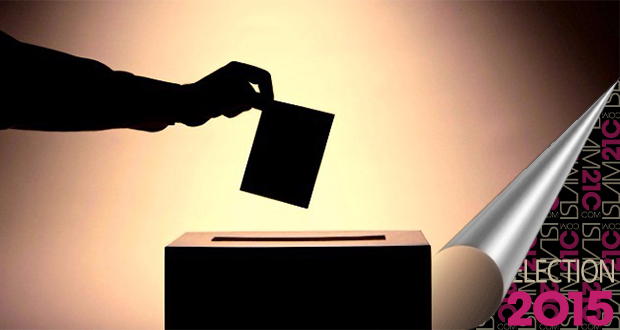 In the name of Allāh; all praise belongs to Allāh; may His peace, salutations and blessings be upon His final Messenger, Muḥammad (sall Allāhu ʿalayhi wa sallam).

Many Muslim leaders call for political participation by highlighting the problems that Muslims in the UK or Europe are facing. Islamophobia, institutional discrimination, widespread ignorance and xenophobia, Islamic education, halāl facilities and other such issues are what are often brought to the fore to show why Muslims should become politically active. No doubt, these are important issues, however I feel the need to address the whole issue of Muslim political participation from a proactive, leadership angle.

As Muslims we must not accept being reactionary and defensive all the time; letting others dictate our thinking, narratives and agenda. This not only continually puts us on the back foot, but it forces us into an intellectually and strategically subordinate—even inferior—position, being led all the time. In contrast, Allāh wants us to be leaders for all humanity and His vicegerents on earth.

You are the best nation produced [as an example] for mankind. You enjoin what is right and forbid what is wrong and believe in Allāh. If only the People of the Scripture had believed, it would have been better for them. Among them are believers, but most of them are defiantly disobedient. [1]

Hence, political participation should be seen as part and parcel of the leadership nature of this ummah. It should not be seen as a fire-fighting process to solve problems and secure some ‘rights’ from a disadvantaged vantage point. This is why we have consistently emphasised the need to engage in political processes since long before the Arab Spring. This entire life is a process of testing for every single individual under a moral obligation (mukallif), and no matter the time or place this ummah is always capable of leading humanity.

Islām by its nature is a very dynamic way of life, which motivates Muslims to have a positive impact on their societies, regardless of where and amongst whom they live. Whatever Islām calls for, be it in the social sphere, spiritual sphere, economic sphere, and so forth, it provides benefits and solutions for all human beings, Muslim and non-Muslims. In fact, the more a Muslim seeks to positively influence his or her surroundings, the closer they resemble the prophets of Allāh. An example is given in the Qur’ān of the Prophet Shuʿayb (ʿalayhi al-Salām):

He said: “O my people! Tell me, if I have a clear evidence from my Lord, and He has given me a good sustenance from Himself (shall I corrupt it by mixing it with the unlawfully earned money). I wish not, in contradiction to you, to do that which I forbid you. I only desire reform so far as I am able, to the best of my power. And my guidance cannot come except from Allah, in Him I trust and unto Him I repent. [2]

Political activism without a khilāfa?

A Muslim of the above calibre will aim for that change—illuminating any non-divine experience with a divine one—wherever he or she lives. He or she sees any piece of land or polity irrespective, as a potential focus for his or her mission in this life. The Prophet Mūsā (ʿalayhi al-Salām) confirmed this fact when he addressed his people upon leaving their own land that they lived in for centuries:

Said Moses to his people, “Seek help through Allāh and be patient. Indeed, the earth belongs to Allāh. He causes to inherit it whom He wills of His servants. And the [best] outcome is for the righteous.”[4]

Allāh’s sharīʿa defined what is known as positive change within its own paradigm and framework: masālih. We have been obligated with this, either to increase good or reduce harm. The khilāfa is one means to establishing certain masālih, but its absence cannot be used as an excuse to abandon the rest of the masālih that are not dependent upon the existence of a khilāfa, or any Islamic authority in general.

Many Muslims may be under the false impression that these matters only apply to Muslims living under a khilāfa or some kind of legitimate authority. This type of thinking causes them to expend disproportionate effort talking about those masālih which are beyond their reach and influence, so they run out of energy to fulfil their duties to reduce harm and increase good on a local activism scale. Our obligations towards political activism are not lifted by the absence of a khilafa, but we will be judged according to what we have been given and what we are capable of achieving; the leaders of Muslims may indeed be held responsible for not working to unify Muslims politically, however the average Muslim will be asked about those things which they did in their power and influence.

As a result, we must not belittle what the average Muslim does by way of activism, just because it is not quantitatively the same as what leaders are capable of achieving – in the Sight of Allāh they may be of equal importance. This is because Allāh judges people based on what He has given them, not based on absolute values. Therefore, a Muslim citizen who does not do what is in his or her political power locally may be treated the same by Allāh as a Muslim leader who did not do what is in his political power globally.

For a more detailed discussion on the complaint, ‘What can I do? I’m just one person,’ read: Apathetic Muslim?

Understanding the above will also help a person to understand the Islamic ruling on voting, which is but one part of political activism. Continually indulging in a micro-discussion about the permissibility of voting goes against Islām’s macro-viewpoint, and might be seen as lowering the nature of Islamic discourse.

Allāh, the Creator, commanded us to perform certain actions in a particular way that He desires; these are acts of worship, ʿibāda, and whatever is directly needed to perform them. However, out of His wisdom, He left the rest of human activities open for human development and innovation. He provided us with general guidelines that should regulate these activities broadly. This is a matter of consensus, beyond the scope of this article to explain in detail.

The process of selection through voting in elections is one of these actions that Allāh left permissible in essence. It is true that many brothers and sisters may conflate the notion of voting and ‘legislation’ in an abstract sense, so please refer to earlier articles where we have explained the Islamic ruling on voting in detail. [5]

Not a quick fix

Political participation in either Muslim or non-Muslim countries is one effective way of creating change within the current global political climate. If it were not, then we would not see the numbers of corrupt people keen on taking lead in these processes and their eagerness. This is because, at least to some extent, it works.

Hence, it is mandatory that we take the matter seriously and think strategically with our vision in the long term, for lasting success. We must remember that success and establishment was not achieved by the various communities in Europe as a result of short term bursts of hard work but rather a continuous effort over centuries.

By the grace of Allāh, many good Muslim organisations are highlighting useful guidelines in helping Muslims to participate in the coming general elections. Muslim manifestos have been submitted to political parties and are available to put to prospective candidates in our local areas.[6] The key thing to do before 20th April is to register for voting.

We can also get involved in hustings in our local areas, where prospective candidates can be questioned as to their policies and opinions. Remember, alongside the general elections will be the local elections for local councils and mayors for some areas, so there are varying levels of awareness and actions required, with varying degrees of control and influence each vote gets over the outcome. For more information on your local candidates you can visit YouElect and mend.