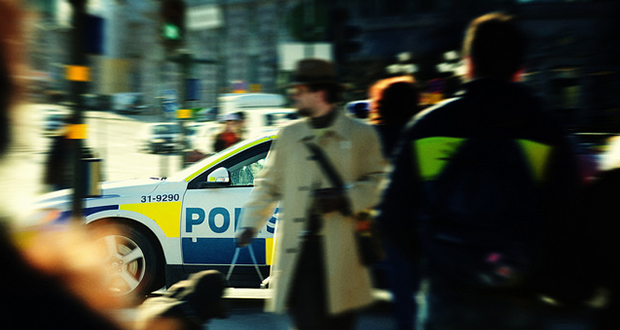 Fahad Ansari, Human Rights lawyer and Caseworker for CAGE writes this piece – first published in Sweden’s second largest evening newspaper – on CAGE’s views on Swedish counter terror policy. With a renowned record for dealing with crime, Fahad questions their intentions to move towards policies similar to those adopted in the UK, which have not only failed in their application but also fundamentally erode civil liberties. CAGE were invited by human rights organisation MMRK to speak at a seminar in Sweden on Friday addressing the issues raised here.

Sweden is renowned for its innovative solutions to social problems such as drug abuse, prostitution and crime. Through its unique approach to understanding the causes of societal illness and address offenders with dignity, Sweden has successfully tackled these problems like no other. The criminal justice system emphasises rehabilitation rather than retribution with judges opting for electronic tagging and community service with programmes to address drug/alcohol/violence rather than custodial sentences. This has led to a significantly lower level of recidivism than in other countries.

It is concerning to learn that the government is considering replicating counter-terrorism laws and policies implemented in the UK. For over 14 years, the UK has adopted a sledgehammer approach to fighting terrorism which has been an abysmal failure. Since 2000, the UK has introduced many draconian laws allowing for indefinite detention, house arrest, control orders, asset freezing, passport confiscation and deprivation of citizenship. Such measures are imposed unilaterally by the State without the need to bring formal charges and evidence in open court.

Far more terrifying has been the government’s Stasi-style surveillance operation to use the community to fight extremism. Hundreds of millions of pounds have been spent on community projects such as shelters and youth clubs with the proviso that funding will only be approved if the project agrees to share intelligence with Prevent officers. To cast the net as wide as possible, all public service providers – the health, education and university sectors and the emergency services – are required to look out for signs of radicalisation and report them. The political and religious views of an individual, information about their mental health, sexual activity, associates and other sensitive information may be shared with the authorities.

The parameters of what is criminally unacceptable has also gradually shifted from a focus on politically motivated violence to the holding of core religious beliefs such as jihad, the caliphate and the supremacy of shariah law. Other signs of radicalisation include the wearing of Islamic dress, believing homosexuality to be a sin, “rejection of UK foreign policy”, “mistrust of Western media”, and “perceptions that UK government policy is discriminatory [eg counter-terrorist legislation]”.

CAGE has campaigned against anti-terror policies for over a decade, not because we sympathise with terrorists, but because the policies are criminalising communities and proving counter-productive. Commentators like Magnus Ranstorp and Peter Hyllengren must understand that those who have only ever used a hammer to fix something tend to see everything as a nail. These are complex issues that necessitate exploring alternative solutions. As Einstein said, “We cannot solve our problems with the same level of thinking that created them”.

CAGE has been at the forefront of proposing such solutions with our director Moazzam Begg, earning praise from the US Ambassador to Luxembourg for his efforts to repatriate Guantanamo detainees. Mr Begg has also successfully secured the release of Western hostages in Iraq and recently, both he and CAGE were directly involved in efforts to free UK hostage Alan Henning. Our message is to call for due process, respect for the rule of law and the protection of the rights and civil liberties of ordinary citizens that have been steadily eroded by the War on Terror. We believe that a peaceful end to these issues will not come about except by engaging in dialogue and conflict resolution approaches.

A consequence of Sweden’s relatively liberal anti-terrorism laws which allow democratic space for discussion and expression, has been that, despite its foreign policy, there have been few incidents of terrorist related violence with not a single incident of blowback from Swedes who have fought in foreign conflicts including Syria. Rather than seek advice from the UK, Sweden should look within its traditional policies to fight crime focusing on rehabilitation rather than criminalisation.