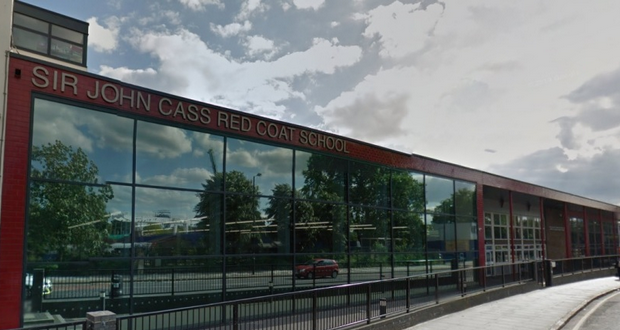 London Schools: Brace Yourselves for another round of Oftsed Discrimination under the guise of “Extremism”

Brace yourselves for round two of forced assimilation in schools, twists, lies and distortions to maintain the fear-mongering around the most dreaded of all people, Islam and Muslims.

This time a Church of England school has been placed into measures because there was inadequate protection from “Islamist extremism” due to lack of oversight of an Islamic Society run by Muslim students.

The school has many accolades, including rapid improvement, outstanding performance and a committed team leading the school.  However, the neocon-compromised and biased, agenda-driven Ofsted felt it necessary to place it in special measures for some rather conspicuous reasons which are familiar to the Muslim minority.

One of the issues raised was the allowing of separations between boys and girls in the playground.  One report noted,

Local education sources have accused Ofsted of over-reacting – saying it was “taking a sledgehammer to crack a nut”… Defenders of the school point out that the playgrounds were also segregated at the time of previous Ofsted reports which proclaimed the school “outstanding”.

And so the new (anti-Muslim, neocon PREVENT-inspired) standards are now taking effect further afield.  The underlying issue is that the pupils being segregated are Muslim, and this was perfectly exemplified in the fact that one school had been praised for being “innovative” for separating boys and girls in a class.  The difference here was the school was not Muslim-majority.

Another key issue according to reports revolves around the activities of Facebook site setup by the Islamic Society which contained links to hard-line “Islamist preachers”.

Sky News, in whipping up the hysteria struggled to find anything extreme which would be deemed questionable on the YouTube channel, it seems.  The report has been playing an excerpt from a video on the YouTube channel.  I need to break this part of the report down because frankly, this is ridiculous and possibly even defamatory.

The Facebook page appears to have been taken down, but in a video still visible on the society’s YouTube channel, a preacher suggests Muslims should tell men who are “a bit feminine” to “be a real man”. The preacher is not thought to have been addressing the Islamic society at the school.

Now, just before this, the context is set that the Islamic Society’s Facebook page had links to “hard-line Islamist” speakers.  I would like to know how Sky News’ interpretation of statements made in a video (to which I will turn to in a moment) are “hard-line” and “Islamist”.  Substantiation of this would go a long way – it would help Muslims to attune their behaviour in concordance with the neocon, white elite’s wishes, and give a little guidance to schools to ensure the “right” type of Muslim is carved.

Would Sky News, and perhaps Ofsted have any problems if a school in a white, non-Muslim area had a student society which had linked to an article on Ask Men, and which declares that the traits of a real man include him staying away from gossip and defending himself?  Would this be regarded as white, liberal extremism? The absurdity of highlighting this clip is self-evident and would be enough to render the report as ridiculous except that the insinuation made by report is not found in the actual lecture.  It is not ridiculous. It is an outright lie.

Beneath the above-quoted statement is a clip of the actual words, said in humour, which have been transcripted below,

“You have a guy who is a bit epicene, a bit feminine, you know he’s a [laughs], and you say to him, and you say to this brother, bro, be a man, what do you mean be a man, he’s already a man, so what are you saying to him, you are saying be a real man, and this is what Allah says in the Quran, O you who believe, believe. Be true believers.”

Seriously, is this journalism?!  Concocting misleading “suggestions”?! Perhaps the concept of analogy has not dawned upon Sky News.  How can an analogy to emphasise a point about being committed to faith suggest, “Muslims should tell men who are “a bit feminine” to “be a real man”. The message is clear for anyone with an ounce of intelligence to muster.

In another report by the Daily Mail, Shaykh Omar Sulieman is targeted for not saying anything extremist in the Islamic Society’s YouTube channel. Yes. According to the report the video makes references to easing grief and yet the school has been marked down for inadequate safeguarding.  The problem is the Shaykh’s views posted elsewhere which were not referenced by or presented by the students. In other words the school is being punished for students linking videos to a conservative scholar who does not agree with homosexuality.  A mere association with a conservative Islamic position has resulted in the school being placed into special measures.  This preposterously ridiculous position is simply bigoted in its targeting of Islam.  One wonders what the take would be if a Christian society had links to anti-gay Bishops and priest – would the Catholic Church schools be deemed extremist because the Catholic synod rejected proposals for wider acceptance of gay people?  Why have not the “narrow” curriculums of Orthodox Jewish schools be brought into the discourse of “extremism”? And, as the poet and writer Michael Rosen Tweeted highlighting the duplicitous standards of neocon Michael Gove, will the links between state-funded Lubavitch schools and illegal West Banks settlements be investigated for “extremism”?

The “extremism” card-dropping has become the discriminatory practice by which right-wing racists and neocons in the government hide their prejudice against Islam and Muslims.

There is no need to hide behind convoluted words: the counter-extremism agenda has become a counter-Islam and Muslims agenda.  From the blatantly anti-Muslim behaviour of the Ofsted inspectors as highlighted in earlier blogs, to the bandying of labels of extremism upon Muslim speakers to fulfil a neocon political objective. The Claystone report on charities highlighted some key issues which highlighted the problematic nature of the definition of extremism, and the shadowy method which is being used to apply it.  The same problems and incoherence is afflicting a biased Ofsted.