The assault on university Islamic Societies 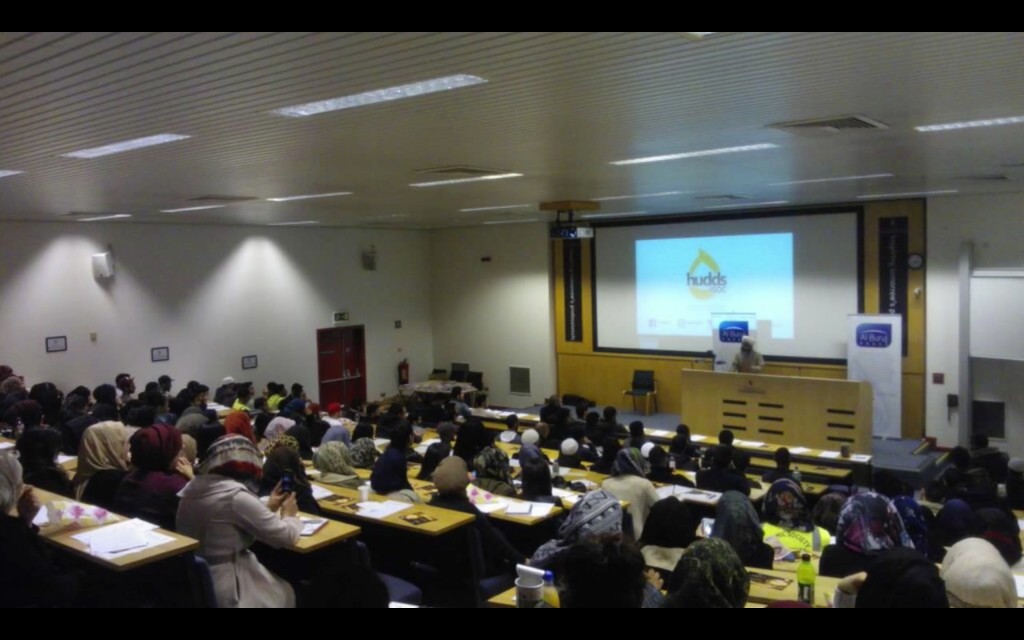 One of the most beautiful aspects of being a university student in the UK is that there are an array of different student societies that cater for various groups and activities which can range from the ordinary to the zany – you may see, for example, an Economics Society yet at the same university, you may see a Harry Potter Society. This is part of university life; students have the capacity and agency to engage in a range of beneficial activities designed to ready themselves for their future lives.

One such society that is prevalent across the board – like other faith-based societies – is the Islamic Society (ISoc). ISocs tend to cater for Muslim students – liaising with Student’s Union (SU) bodies to provide prayer space among other religious requirements – as well as non-Muslim students, often hosting interfaith debates and panels which are open to all. In London, particularly, where the proportion of Muslim students compared to the rest of the UK is relatively high, ISocs tend to be more active and operational.

A worrying footnote to the recent and unchecked rise of violence and extremism over the last decade or so – and now, more intensely, the last couple of years – has been the trickle of youngsters who have allegedly gone to Syria to engage in vile, Daesh-inspired, violence. The Muslim community has been clear in its unanimous disapproval and horror at the tragedies that have unfolded across the globe as a result of these rogue organisations who act in a manner completely contrary to the teachings of Islām.[1]

However, on a national and regional level, ISocs of various universities in the UK have been under the spotlight and judged through a prism of culpability, where various media establishments have bizarrely implied that, through clandestine means, these societies are actually responsible for instances where Muslim youths have become “radicalised”. The recent story of Jihadi John, a University of Westminster graduate, was used by various papers to attack and smear the ISoc of this particular university.[2] They were deemed guilty by association, yet there was no mention of any testimonies which confirm that he was even a member of the ISoc or any personal accounts which verify that he became radicalised during his higher educational studies.[3] Under normal circumstances, instances of such a small sample size being generalised to make such grand conclusions falls under bigotry or superstition.

An ongoing story that has recently been ‘discussed’ in national newspapers has been the suspension of Queen Mary University’s (QMUL) ISoc.[4] Their Students’ Union (SU) has stated that this is the result of a ‘breach of protocol’. However, national newspapers saw fit to make this story headline news and try to link it to possible extremism. It is extremely peculiar that national newspapers would comment on internal SU affairs within a university – especially when the investigation is ongoing and particularly when specific details or reasons for suspension have not actually been released. At a recent debate on the government’s PREVENT strategy, the SU’s Vice President of Welfare expressly stated that the reasons for suspension are not linked to those delineated in these newspapers and that the SU ‘look forward to reinstating the ISoc soon’. In fact, contrary to media claims, a member of the QMUL ISoc stated that they ‘have never witnessed anything which supports extremism’ and that ‘the media should focus on how we (the ISoc) raised tens of thousands (of pounds) during Charity Week, if they’re looking for a story’.

The ultimate reality of these two examples paints a rather depressing picture; at a time where university societies should have the freedom and responsibility to help cultivate personalities that will shape the nation’s future, this right is not afforded to Muslim students or members of ISocs. Rather, they are denounced and made to feel out of place in society, continually under scrutiny and constantly made to go about their activities with a certain layer of trepidation that does not befall other societies. Instead of basing their stories on weak conjecture rather than solid fact, why is it that these media establishments do not write about Charity Week – a project started by ISocs that, this year, managed to raise over a staggering £730,000 for orphans worldwide?[5]

The implications of such biased reporting are manifold and lie beyond just the rise of anti-Muslim animus among society in this country. It propagates fear among young Muslims; stopping them from wanting to get involved in student societies or outwardly identifying with Islām due to concerns that they will suffer as a result of negative perceptions, potential abuse or even to the detriment of their future careers.  This further strengthens the ‘us against them’ narrative that has, unfortunately, become a powerful marketing tool of Daesh. Vulnerable individuals feel out of place in society and some communities do not want to integrate or contribute to the wider society.

A recent 2011 census study has shown that approximately one fifth of the Muslim population is in full-time employment, compared to over a third of the general population (16-74 years old).[6] The very same census investigation has found that 26% of Muslims have no qualifications, as opposed to percentages of 13.2% and 19.4% respectively for the Hindu and Sikh communities. The educational profile of the Muslim population in the UK lags behind other minority communities. Whilst we cannot say that this is a direct result of tabloid journalism, it certainly does not help this worrying trend and can have negative impacts on Muslim communities at a grassroots level.

This kind of sentiment has actually been empirically proved, if anything, to be a key driver of so-called radicalisation in the west.[7] It limits civic and political engagement within Muslim communities and perpetuates a vicious cycle where Muslims remain insular and feel that they are regarded as a fifth column by the public.[8]

That this Islamophobic disposition is now starting to creep into our educational institutions is extremely disturbing and a damning indictment of the dangers we face. University is a place where youths develop into professionals ready to start their careers; it should be a place of ideas and freedom – not where students are subjected to fear-mongering and bullying. There are many wonderful aspects of living in the UK – not least that our freedom of speech and democratic choices are valued and respected. Why, then, was the National Union of Students’ (NUS) opposition to PREVENT roundly pilloried by many factions of the public and various media institutions?[9] Was it because this position rejects the Islamophobic narrative? In actual fact, the government’s PREVENT strategy serves only to demonise and alienate Muslims on campus; there have been a tiny minority of university students who have gone to fight for Daesh yet the PREVENT strategy has flagged up all university spaces to be potential areas of radicalisation – in spite of the lack of empirical evidence to substantiate this dangerous notion.[10]

Ultimately, the Muslim community as a whole should be working together to support and offer guidance for young Muslims. Organisations such as FOSIS do fantastic work on this front and provide a platform where young and impressionable individuals can benefit from the guidance of experienced professionals.[11] Rather than continuing to live in a fragmented manner, the Muslim community needs to stand together and operate on the bastions of togetherness and brotherhood, rather than division and mutiny.

In summary, it is clear that what may seem like a macro-social issue in reporting on ISocs actually feeds into the extremely dangerous and unchecked rise in anti-Muslim sentiments across society. A study over an eleven-year period from 1998 to 2009 showed that for every one moderate Muslim mentioned, there were an astonishing twenty-one extremists mentioned.[13] To the average reader, this is bound to severely damage their views on Muslims and Islām itself. The world that Muslim youngsters are growing up in today is blighted by an ever-increasing mound of Islamophobia that pervades society and shows no signs of letting up. The government’s corrosive PREVENT strategy of singling out Muslim students on university campuses has, if handled impetuously, potentially toxic consequences moving forward. As a community, we need to display the very characteristics that made Muslims pioneers in many societal aspects – such as education and medicine; we need to keep abreast of the ambient socio-political environment, be confident of our place in society – not being afraid to integrate within wider communities – and, most importantly, ensure that we remain united as an Ummah.