The Christchurch Terrorist Was Not a Lone Wolf 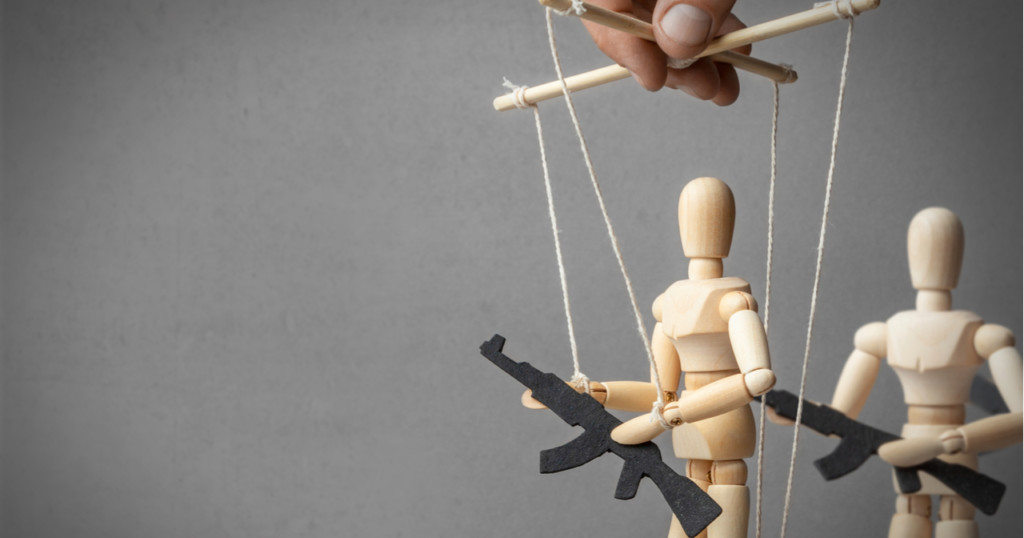 After the Christchurch shooter opened fire on worshippers during Friday prayers, he was described as a “lone wolf” whose world-view was fomented on internet forums.[[1]] He was an introvert, a loner that was radicalised online and indulged his hatred for Islām in a violent rampage of death and destruction.[[2]] This narrative is a convenient one; by suggesting he was an aberration, society can conveniently move on. Although calls to not mention the killer’s name come from a good place, they ignore a phenomenon taking root across the west, that of the rise of white nativism. Brenton Tarrant’s killing spree was the logical outcome of a warped world-view shared by many.

To understand this mindset, one needs to read the assailant’s manifesto, a 74-page document that clearly lays out his analysis of the world around him. Far from being an emotional outburst by a murderous misfit, within the document there is a coherent and consistent evaluation of the state, as he sees it, of western society and its degradation. Surprisingly, Islām for Tarrant is not the main problem. Its presence and growth is a symbol of what he calls the “steady colonisation of white European civilisation”. In his world, the problem is liberalism. He suggests that his killing spree was, in part, to “destroy the current nihilistic, hedonistic, individualistic insanity that has taken control of Western thought”. He claims he targeted Muslims because, “They were an obvious, visible and large group of invaders, from a culture with higher fertility rates, higher social trust and strong, robust traditions that seek to occupy my people’s lands and ethnically replace my own people”.

For Tarrant, Islām has “robust traditions” and a clear commitment to the collective. Liberalism, on the other hand, has decimated communities, reducing the human being to atomised consumers. He rails against individualism and falling birth fertility rates within White society, in contrast to the young populations of the “invaders”. Page after page, he offers a systematic critique of the decline of White Anglo-Saxon society. He suggests democracy no longer works, for campaigns are dominated by the immense monetary power wielded by corporations that need cheap labour from abroad. This is why, he suggests, he “took a stand” before it was too late, and the White race became a minority.

The sentiment that liberalism has undermined European culture and left a vacuum filled by migrants more confident in their communities and cultures should, according to Tarrant, be feared. Islām, being the most confident migrant religion, is, thus, an existential threat to White superiority, for it has a proselyting tradition, producing “traitorous converts”.

This account of the world, far from occupying the fringes of the dark web, reflects a growing strain of opinion across western societies. Throughout America, White Nativism is on the rise. Trump’s surprise win in 2016 is, in part, down to support from a base of disenfranchised White supporters that had been left behind in the era of globalisation. Trump, of no real fixed political ideology, knows too well that if he has any chance of winning a second term, he would require feeding his base with dog-whistle soundbites and equivocal statements of condemnation, such as his appalling response to the Charlottesville attack. In his only Tweet about the New Zealand terror incident, he failed to outright condemn the atrocity and seemed to downplay it.[[3]] He said to reporters, when asked about whether White Nationalism was on the rise, “I don’t really. I think it’s a small group of people that have very, very serious problems”.[[4]] During a phone exchange with New Zealand Prime Minister Arden, he reportedly asked how he could help. Her response: “sympathy and love for all Muslim communities”.[5] Instead, he spent his weekend sending out videos about illegal migration on his southern border, and defending a ‘Fox News’ presenter who was suspended over Islamophobic remarks.[[6]]

The growth of White Nativism is not only an American phenomenon. Across Europe, a wave of populism fed by White disenchantment is on the rise. Leading the charge, the Hungarian President, Victor Orban, talks of saving his country and Europe from “Muslim invaders” and a “Trojan horse for terrorism”.[[7]] At the height of the EU migration crisis, he suggested “multiculturalism was an illusion” and a liberal plan to swamp “Christian Europe”.[[8]] His remarks were met with a volley of support from American and European Conservatives.

In 2013, President Putin warned that the “Euro-Atlantic countries” were “rejecting their roots”, including the “Christian values” that create the “basis of Western civilization”.[[9]] They were, he claimed, “denying moral principles and all traditional identities: national, cultural, religious, and even sexual.” In response to his pointed criticism of modern progressive liberalism, Conservative commentator, Pat Buchanan, praised the Russian leader for standing up to a “decadent West”[[10]] and the popular Conservative pundit, Christopher Caldwell, observed he was a “hero to popular Conservatives around the world”.[[11]]

The growing white nationalism is also seen at home. Mainstream politicians, eager to win votes and capitalise on this discontent, adopt a hostile tone towards migrants in general and Islām in particular.  The Brexit vote, in part, reflected a growing concern in White Britain that migration has undermined the basic fabric of society. It is what Pankraj Mishra calls “the pin-striping of bigotry”.[[12]] Cameron’s portrayal of refugees as a “swarm” and Zac Goldsmith and Boris Johnson calling Mayor Sadiq Khan a “terrorist sympathiser”[[13]] echoes closely Katie Hopkins’s comparison of migrants to “cockroaches”.[[14]] When Johnson likened Muslim women to “bank robbers and letter boxes”, he had one eye on an upcoming leadership race and a Conservative membership voter deeply hostile to Islām.[[15]] Baroness Sayeeda Warsi has, for years, suggested the Conservatives have an “Islām problem”[[16]] and claims prejudice against Islām has passed the “dinner table test” and become socially acceptable.[[17]]

After The Cold War, the American political scientist, Samuel P. Huntington predicted the emergence of a new “White Nativism”. In his seminal and, some would say, prescient work, ‘The Clash of Civilisations’, he sought to challenge earlier optimism that the demise of the Soviet Union would lead to a world full of liberal democracy and that America, being the net benefactor of the conflict, could stand tall embracing a new cooperative world.[[18]] For Huntington, liberalism, far from being a rallying call for all peoples of the world, would provoke a civilizational clash abroad and solicit an assertion of Anglo-Saxon Protestantism at home. White identity would be “swamped” by multiculturalism, and the concessions needed to accommodate an array of alien cultures within Western societies would end in a reassertion of exclusivist nationalism. Segmenting the world up into eight distinct civilisational entities, he surmised Islām and China would pose the most potent challenge to American and European civilisation, because these cultures were deeply bound by historical distinction. In this analysis, migration, especially from these civilizational units, would upset Western cultural norms, provoking conflict. Robert Kagan, in a recent essay in ‘The Washington Post’, argues White Nativism has enveloped parts of America and the West, enabling Americans to join hands with China and Russia, and legitimising their persecution of Muslims and their endeavour to create monocultural societies.[[19]]

This phenomenon is not a reaction to migrant culture, or ISIS-inspired terrorism as some  have casually claimed,[20] but a crisis of White identity. When Brenton Tarrant walked into the first mosque in Christchurch, he was not acting as a lone wolf, but rather, he echoed a doctrine about the world shared by a growing number of White Nationalists in the West. Across Europe, America, and Australia, a seabed of discontent is taking hold, creating growing pockets of hostility. Not all White Nativists become terrorists, however, one cannot escape the fact that this phenomenon is only going to become louder and stronger.

Muhammad Jalal is Head of Politics at a British college and holds masters’ and graduate degrees in Politics and History.