The Killer (not ‘terrorist’) of MP Jo Cox 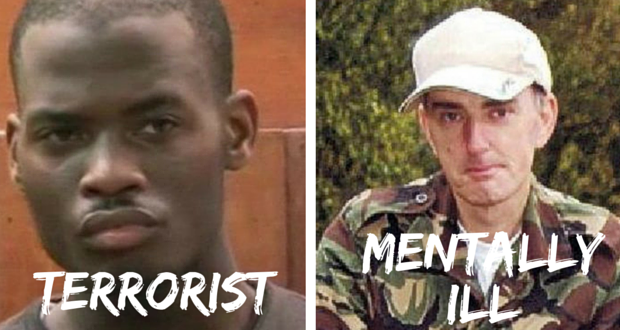 On the 16th of June, Jo Cox, the Labour MP for Birstall in West Yorkshire, was brutally murdered in her constituency before conducting her weekly surgery. Every testament suggests that she was an honourable politician solely committed to serving her people, and a champion of the rights of the weak and oppressed within and outside of her community. Contrary to many of her peers, no doubt, she seemed to exemplify the behaviour of a true public servant.

This act of (dare I say it) ‘terrorism’ was perpetrated by Thomas Mair, a deranged individual with extreme far-right links and disposition,1 who apparently shouted “Britain first”, “this is for Britain”, “Britain always comes first” and “keep Britain independent” as he repeatedly shot and stabbed his victim.2 Quite clearly, it was a deep rooted, perverted political motive which drove him to commit this crime which, coincidentally, befits the most commonly known definition of terrorism,3 and consequently would make him a terrorist. So why is it then that there is such reluctance amongst all media outlets to label him with this description? 4

The problem, unfortunately, is a deep-rooted one with a clearly emerging double standard in our society for comparable crimes committed by Muslims and others, not only in reference to how the perpetrator is portrayed (terrorist vs loner; Islamist vs mentally deranged), but rather the way in which the associated communities are impacted after every similar incident. Let me explain by tweaking the scenario very slightly. Were it the case that Thomas Mair happened to be a Muslim, there is no doubt that we would have seen a typical media outpour labelling him as a ‘home-grown terrorist and Islamic extremist’ (before even establishing his real motives) who had, through this crime, attacked British values and liberty due to his archaic religious beliefs. In the process they would re-emphasise the growing divide between Muslims and normative Islam and mainstream British society,5 even going so far as to label both as incompatible.6 To add to the mix, politicians (right up to the PM) would jump on the band wagon and inexplicably hold mainstream Muslim organisations and community leaders to account, demanding that they explain their efforts to counter this extremist ideology and “demonstrate how faith in Islam can be part of British identity”.7

As a consequence of this obliging demand, prominent Muslim organisations and figures in the UK would grapple with each other to see who can first put out a strong statement explicitly condemning the attack and distancing themselves (and their faith – after all Islam means peace, right?) from anything that it represents, for the fear of otherwise somehow being seen as agnostic, or even passively approving of the attack through their silence. Somewhere in the middle of this, honourable Muslim scholars would be apportioned some sort of blame and publically castigated. Meanwhile, phone lines on mainstream radio shows and other media conduits would be saturated with calls from non-Muslim ‘Islamic scholars’ affirming that ‘the Quran told Thomas Mair to commit this murder’ which, by default, makes all 2.7 Muslims in the UK and around the world complicit in the act. Hence, they should collectively apologise on his behalf, and stage a mass rally through central London to demonstrate their contrition, which would allow them to emancipate their faith from the blame of this murder (but only if they demonstrate hard enough). Due to the mass media coverage of a Muslim committing the murder, metrics on recorded Islamophobic attacks would spike.8 Heavy police presence would appear outside mosques and Muslim gatherings for the fear of violence and possible fatal attacks against the law-abiding citizens in attendance. And lastly, regular individuals like myself and many others who appear overtly Muslim and live peacefully amongst our communities, would have to put up with awkward looks, confrontation and offensive remarks for the next few weeks even when we go to our local supermarket to buy a pint of milk. Sadly, for some other innocent Muslims the consequences end up being far worse.9

A lot of the above may seem to be sensationalised, but the references will tell you it is actually fact-based. Those in doubt can follow how events unfolded after the stabbing of Lee Rigby,10 or indeed the labelling of last week’s Orlando shooting as a terrorist attack despite there being credible possible ulterior motives for the shooting.11 If we now juxtapose the given scenario against the current reality of the Jo Cox murder case, circumstances pan out quite differently, as evidenced by what we are witnessing. Despite Thomas Mair’s far right views and admittedly political motivations for committing the murder of Jo Cox,12 he has not been labelled as someone who ascribes to a terrorist ideology or as a terrorist by any mainstream media outlet so far. Rather, he has been somewhat let off with milder descriptions such as ‘a loner’ or ‘mentally ill’ the latter even implying a sympathetic undertone.13 Despite there being concrete evidence of his far-right links and views, and even his naming of ‘Britain First’ during the course of the attack, there has been no outcry in the media or society for a categorical apology and explanation from that organisation, or any other far right group for that matter. Despite his clear pro-Britain and anti-immigration stance, there have been no demands of leaders from within the ‘Leave EU’ campaign to come out and explicitly condemn the crime, or otherwise be seen as complicit to his views and actions. Neither do I expect Prime Minister David Cameron to look for political point-scoring opportunities by condemning Thomas Mair’s neighbours for their glowing portrayal of him as ‘quiet and polite’ just as he conveniently condemned CAGE Research Director Asim Qureshi for daring to remember Muhammad Emwazi (Jihadi John) as ‘a beautiful young man’ prior to his being radicalised.14 15 Working class white members of society, or supporters of the ‘Leave’ campaign will not have to live in police protection for fear of being apportioned blame or attacked for sharing Thomas Mair’s far-right ideology, or even choice of attire for that matter. And lastly, they will certainly be able to go to their local grocery store and buy a pint of milk without any threat of violence or abuse.

Hence we see the stark difference between how such incidents of terror are perceived and treated by our entire system in instances where they are perpetrated by a Muslim, versus when they are not; the disparity in impact and consequential backlash is clearly discernible and highly troublesome. Why is it that the British Muslim community and their faith must carry the burden of the crimes of a single deluded individual from amongst them, whereas for other communities this does not apply? Let me clarify that, as much as I have no love lost towards the right-wing section of British society who have an anti-immigration stance, at no point am I advocating that we tarnish all of them with the same brush that has been soiled by Thomas Mair’s abhorrent crime. Neither am I apportioning absolute blame to them with a demand for any overblown public display of regret to absolve themselves, and I certainly am not suggesting that they face any unlawful retribution. The simple point is that we cannot have one approach on the one hand when a Muslim commits a crime, and a different standard on the other. Thomas Mair’s example is just one of a number of similar cases that we have seen in the western world, where the perpetrator is classed as ‘psychologically disturbed’ and hence solely responsible for the heinous act with no associated terrorist ideology.16 Why is it that when a Muslim individual commits a crime through his deranged outlook and motives, it is immediately classed an act of ‘Islamic’ terrorism, with the entire Muslim community deemed as responsible and accountable for the consequences, whereas when a non-Muslim commits a comparable crime they are simply seen as an outlier? I am not one to advocate random indignation, but this trend is clearly not coincidental but rather, it is evidently part of a wider agenda. Terms such as terrorism or terrorist and the like are exclusively reserved for Muslims criminals. Quite strikingly, in the case of the Norwegian mass-murderer Andres Brevik, who openly declared himself as a political activist and an anti-Islam figure,17 some media outlets vociferously advocated that he should not be labelled a terrorist.18

This skewed standard urgently needs to change. If Thomas Mair’s crime fits into the category of terrorism, then society needs to call him out as a terrorist. If he has been brainwashed into ascribing to an extreme and radical ideology, then say that he is radicalised and is an extremist. These derogatory terms cannot remain Muslim-specific as they are currently being employed across the Western world. The standard should be on par across the board or removed altogether. And most importantly, the perverted motives and ideology behind the crime of an individual cannot, in any circumstance, be super-imposed on an entire section of society or faith group as has been the case for Muslims for far too long. As a community, Muslims in the West are a highly valuable and robust part of their society’s fabric, but this constant atmosphere of blame is taking its toll and causing disenfranchisement. The disposition needs to change now, along with the double standards.