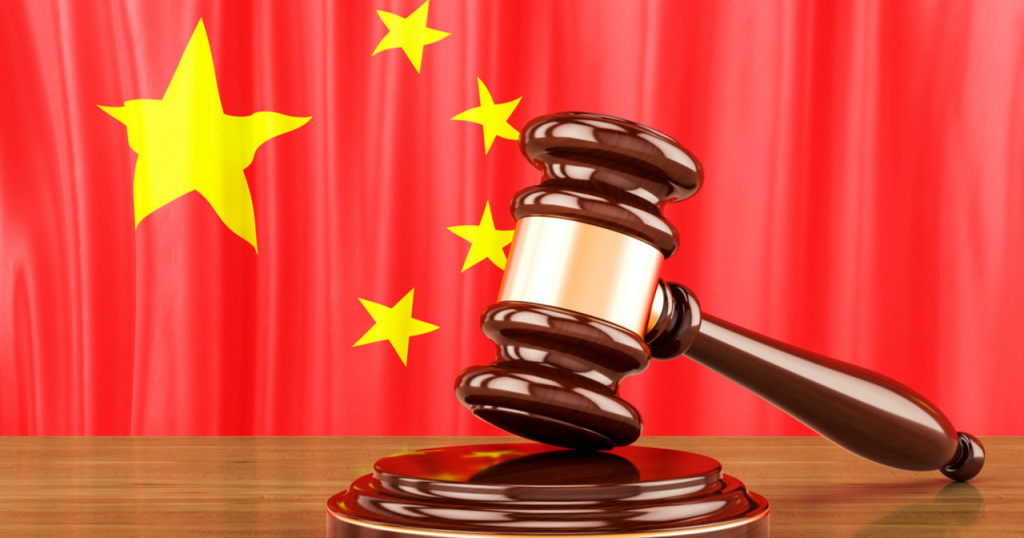 On account of the evidence of torture, systematic suppression of births with intent to destroy a community, and crimes against humanity beyond reasonable doubt, the People’s Tribunal has concluded that the Chinese government is committing genocide against Uyghurs.

Many Uyghur activists and members of the public gathered at Church House Westminster on 9 December to hear the verdict by the Uyghur tribunal. “The allegations are of the gravest human rights violations and international crimes,” said Sir Geoffrey Nice, the tribunal’s chair. 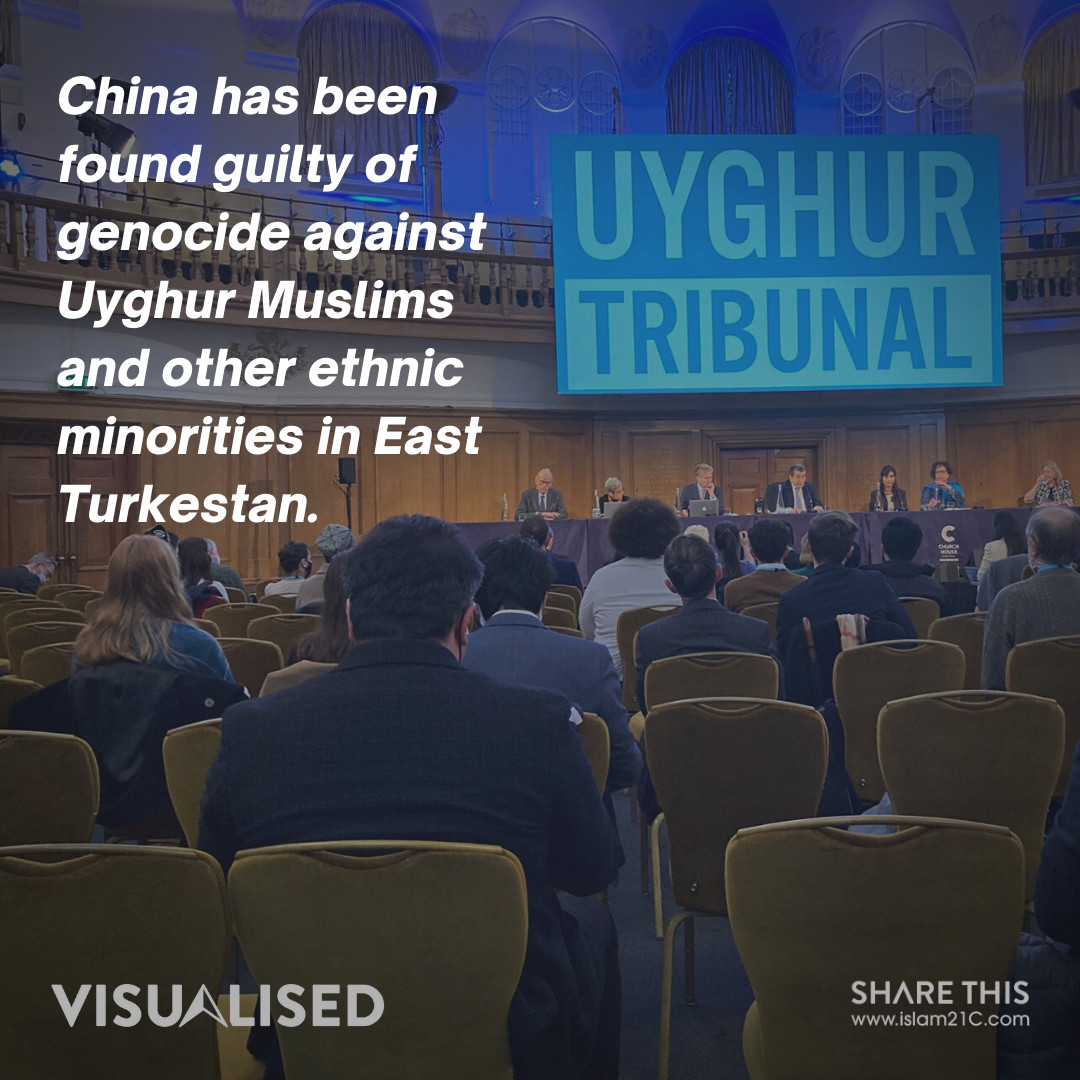 The tribunal called out the haunting evidence of a million Uyghurs being subject to detention by the People’s Republic of China (PRC) without any remotely sufficient reason. Evidence confirmed that detainees were subject to inhumane cell conditions; up to 50 people would sometimes be locked in a 22 square metre cell – making it impossible to lie on concrete – while only being given a communal bucket for a toilet. Some of the torture methods included the pulling off of finger nails, beating with sticks, being restrained in tiger chairs – where feet and hands were locked in position for days, and being put in containers filled with cold water up to the neck. Men and women were subjected to extreme sexual violence, including gang rape, forced penetration with electric shock rods, and iron bars. These are just some of the cruel violations that have taken place and continue to take place in China’s detention camps.

Further methods of control were evidenced by mass disappearances of Uyghur members, Han men forced into Uyghur homes, mass securitisation, neighbours spying on neighbours, intense monitoring of ‘separatist’ behaviour, and the involuntary removal of thousands of children from their families in order to send them to Han state-run boarding schools.

Sir Geoffrey Nice pointed to the lack of evidence of mass killings, as well as Uyghurs being allowed to return to society for short or long periods of time. For this reason, comparisons to the Holocaust were described as “well-intentioned but unhelpful”. Whilst the common understanding of genocide assumes mass killings, this is not the only indicator considered by scholars. It also constitutes the systematic suppression of births, as well as the utter destruction and eradication of a people’s lineage, culture, religion, thought, beliefs, and values, as evidenced by the ‘re-education’ camps and ‘anti-terror’ methods used by the PRC.

The PRC’s intent to biologically destroy the Uyghurs by preventing births met the legal elements of genocide. Surmounting evidence pertaining to the forced sterilisation of Uyghur women was found after considering the frequent insertion of IUD devices, which are only removable by surgical means. In addition, further findings were presented, such as forced abortions at early and late stages of pregnancy, involuntary removal of wombs, as well as the killing of babies at birth.

“The tribunal is satisfied that President Xi Jinping and other very senior officials in the PRC and CCP bear primary responsibility” for acts that occurred in East Turkistan. Let there be no mistake: the PRC’s treatment of Uyghurs links back to their agenda to destroy and eradicate Uyghur religion and culture through the use of ‘anti-terror’, ‘anti-extremism ’, and ‘separatist’ rhetoric. The Chinese state has already destroyed 16,000 mosques and has even torn down cemeteries to build ‘cafes’. In addition, “displays of religious adherence” like attending a mosque, wearing a hijab, having a beard, and not drinking alcohol or eating pork have been proscribed by the state.

Former Guantanamo prisoner and prominent War on Terror critic Moazzam Begg questioned the tribunal about the evidence suggesting the PRC’s exploitation of the War on Terror narrative through the enactment of ‘anti-terror’ policies. “To what extent do you think it has exploited that language and has been able to get away with the targeting of Muslims in East Turkistan as ‘extremists’ and ‘terrorists’?” A member of the tribunal agreed that China was able to “sweep their Uyghur problem under the global war on terrorism. They actually persuaded the US to join in on the categorisation of a Uyghur group outside Xinjiang as a terrorist group. The application of that lasted up until 2018”.

After a year and a half of compiling detailed forms of evidence and finally coming to the necessary outcome of genocide, the public are probably thinking, “What now?” Politicians who were present at the press conference after the tribunal called on the UK government to use the readily available evidence and publicly recognise that a genocide is taking place. This is something they have never succeeded to do while a genocide was ongoing. They also request the UK government to place sanctions on Chinese imports and declare a full diplomatic boycott.

There is no doubt that this tribunal is a significant step in the right direction towards putting pressure on China to end their crimes against the Uyghurs. Alḥamdulillāh, the tribunal did what governments had no courage to do. Sir Geoffrey Nice alludes that both the US and the UK acknowledged China’s crimes, but have done nothing about it. 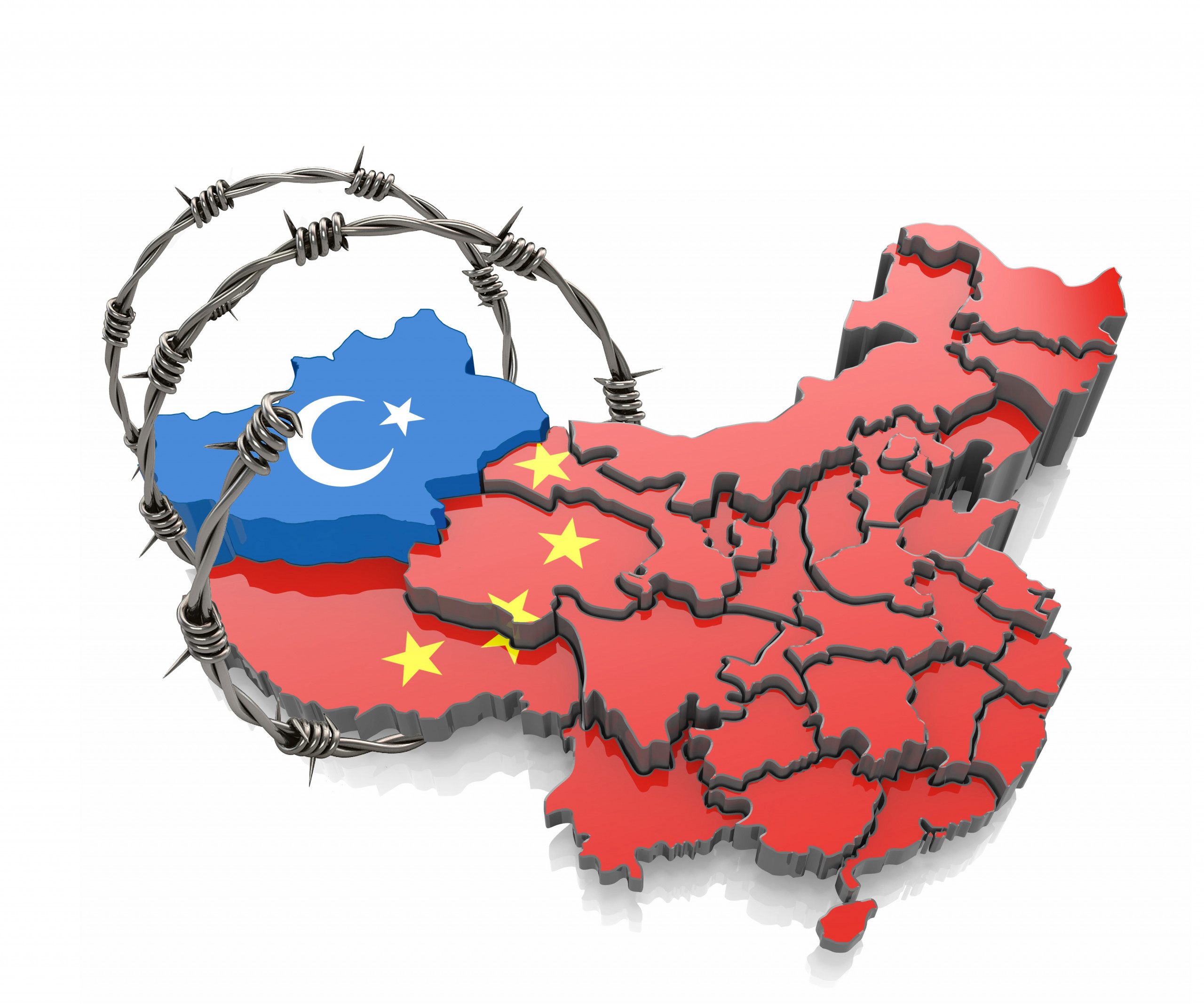 It would be naïve to place full hopes on those who only seek to further their socio-political agenda. The essence of the problem must be addressed, which is China’s state run policies to suppress and eradicate Muslims and other minorities in East Turkistan, where individuals are tortured and persecuted for their religion. Unless this is done, we cannot expect their actions to sincerely have the Uyghur people’s interests at heart. We wait for the UK to make an open statement about the genocide and actually make references to the list of crimes against humanity taking place. We hope this sends a message to much of the international community who have shown complicity in the heinous crimes against Uyghur Muslims, and urge them once again to take action.

May Allah hasten the Ummah to success and bestow justice upon the Uyghurs and thousands of others around the world being persecuted for their dīn. And last but not least, may He aid us in standing firm with our brothers and sisters.

This upcoming documentary delves into the history of genocide and its role in wiping out nations, cultures, and beliefs all throughout history, with a closer look at how the current situation befalling the Uyghurs in East Turkestan is seen as the worst genocide of the 21st century. Watch the trailer below.