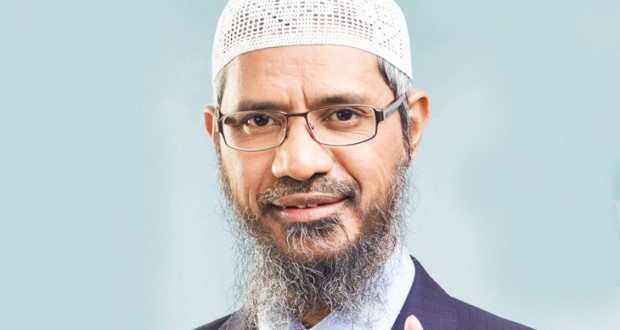 Ever since a Bangladeshi newspaper reported that Islamic preacher Dr Zakir Naik “inspired” Dhaka militants, a new frenzy of Islamophobic discourse has begun in India. The Modi Government was quick to grab this opportunity of Muslim-bashing.

Home Minister Rajnath Singh asserted that the Government would not “compromise on terrorism at any cost”. While I&B Minister M Venkaiah Naidu assured that an “appropriate action” would follow after studying his speeches which, nonetheless, he condemned as “highly objectionable”. Union Home Ministry, agencies and the Maharashtra Government are now probing the matter.

However, the unfortunate part of this entire episode is that without completion of the police investigation, Hindutva activists of social media along with a considerable section of journalists have already demonised Dr Naik. The same group of people has never bothered to write about how the followers of Hindutva leaders have lynched and killed people, raped women, looted their properties and displaced settlement after settlement. Are they going to advocate severe punishments for these Hindutva leaders for inspiring their followers into indulging into acts of extreme violence?

Note how the charge of The Daily Star against Dr Naik does not produce any strong evidence. ‘Another suspected killer Rohan Imtiaz, son of an Awami League leader, urged all Muslims to be terrorists in Facebook last year quoting Peace TV’s controversial preacher Zakir Naik.’

Put differently, the newspapers introduced the suspected killer Imtiaz as the son of a leader of the Awami League and a follower of Dr Naik. While Imtiaz’s connection with Dr Naik is mainly highlighted, all other factors are ignored, like the killer being part of a ruling party family or that he was also following BBC and CNN Facebook pages or that he had got himself photographed with a Bollywood actress.

It is to be noted that 49-year-old Dr Naik—who is recipient of Saudi Arabia and Muslim World’s most prestigious award ‘King Faisal International Prize’ and founder of the Peace TV channels, has more than fourteen million fans on his Facebook page. How could he be held responsible for the act of each and every follower?

Earlier, a similar charge was put against the Deoband Madrasa. The allegation was that Muslim fundamentalists are inspired by Deoband’s interpretation of Islam. However, it is conveniently forgotten that the same Deoband School fought against the British colonialism, and allied with Mahatma Gandhi and the Congress, opposing the Partition in favour of a composite nationalism (muttahida qaumiyat).

If Hindu nationalists are involved in demonising Dr Naik, one can understand this, given their politics of polarisation and hatred. But what troubles us most is how a large section of the progressive and the Left intellectuals, too, begin to be driven by the Hindutva agenda.

The writing of Javed Anand, a progressive and minority rights activist, is a typical example of this. Although Dr Naik’s “link” with “terror network” is unproven, Anand still painted his picture as though terrorism in the world flows from his very tongue. ‘If not a link in the chain, Naik remains the peddler of a heady gateway drug’, writes Anand in The Indian Express (July 7, 2016).

In his re-hashed old essay on Zakir Naik on sabrangindia.in on 5 July, Anand contributed to the Hindutva and mainstream media discourse that Dr Zakir Naik inspired the Bangladeshi militants. Anand’s fundamental mistake was to uncritically accept the version of The Daily Star. Even a journalism undergraduate is aware of the fact that before accepting any news story as a piece of truth, he/she should verify its authenticity.

The flawed mainstream discourse on terrorism is its blindness to historical and sociological insights that constitute any complex phenomenon. As subaltern historian Shahid Amin has brilliantly shown, the image of Gandhi was varied among masses during the colonial period. Similarly, any form of representation is interpreted in multiple ways.

Take the example of the work of the eminent historian Romila Thapar. Hindutva forces which otherwise hate her intellectual work the most, are fond of accepting her rejection of the Aryan-invasion theory. When attacked by the Dalits and Adivasis that they are the real inhabitants (mulnivasi) of this country and the upper castes are foreign Aryan invaders, the same Hindu right would shield them under Thapar’s works. Given that, should Professor Thapar be held responsible for inspiring the Hindutva forces?

Similarly, Marxist texts are interpreted by hundreds of Left-wing and Communist thinkers and organisations in different ways. The difference is so wide that it has led to not only different courses but occasional bloodbath among themselves. For instance, the radical Marxists dismiss the mainstream Left as “social-fascists”, while the Parliamentary Leftists attack the radicals as “Naxalites” and “Maoists”. Should Marx be held responsible for inspiring Marxists to shed their own blood?

Unlike such an Islamophobic narration, radical intellectuals have well established that modern terrorism has its links with historical, political-economic dimensions as well as modern power. Noted scholar Mahmood Mamdani has rightly pointed out that terrorism as a modern political movement is at the service of modern power.

Thus, the propagation or acceptance of views that terrorism flows from the mouth of any preacher or a Facebook post is absolutely absurd. Also absurd is the view that a particular religion breeds terrorism and is opposed to modern values.

Another grave error in such discourses is that Dr Naik’s speeches are not often quoted in their proper context. Anand, in the above-mentioned essay, also makes the same mistake by using a few scattered quotes of Dr Naik.

Thus, Anand quoted Naik as saying: ‘If you (American) eat pigs you behave [wife-swap] like pigs’, ‘Jews and pagans are the worst eternal enemies of Islam’, ‘women who get raped are asking for it’, ‘death for homosexuals’, ‘apostasy is a one-way street’, ‘man is more polygamous by nature compared to a woman’, ‘every Muslim should be a terrorist,’ and so on.

The way Anand hurriedly threw quotes, it reminded me of one of newsreaders who read out fatafat (quick) news bulletin. In this way, readers are barred from having a near-faithful understanding of the author. Social and political activists are often seen raising slogans in protest demonstrations that Mazdoor hito ka hanan huya to khoon bahega sarko par (if the interests of the workers are violated, blood will flow on the streets). If one takes a part of the quote khoon bahega sarko par (blood will flow on the streets), the same progressive slogan would appear as if it is inciting violence. Worse still, Anand nowhere gave the source of Naik’s alleged quotes.

Before I conclude, let me make a clarification that I, like millions of others—both Muslims and non-Muslims—do not follow all of the things Dr Naik preaches. For example, when a few years back, Dr Zakir Naik came to speak at New Delhi’s India Islamic Cultural Centre, the auditorium was packed with his supporters but there were also some Muslims standing outside the venue and shouting ‘Zakir Naik Go back!’

Moreover, I am aware of the fact that his interpretation of Islam is largely accepted by the Sunni Muslims of Salafi ideology, while others, such as a large section of Shia and Barelvi Muslims, vigorously oppose his views. Even many Deobandi Muslims do not approve of his assertive style of presenting Islam.

Given that the claim that Dr Naik is radicalising Muslims is untenable, one should not forget that his supporters and opponents are found in large numbers among Muslims in India and abroad. No one is stopping the critics to criticise Dr Naik but they are not justified in demonising him.

One should not forget that Dr Naik was interviewed by respected journalists such as Shekar Gupta and invited to a panel discussion by Barkha Dut. Even Sri Sri Ravi Shankar, a Hindu icon and a staunch nationalist, engaged with Dr Naik in a debate.

If Dr Naik is demonised for inspiring militants, what “punishment” should be given to Gupta, Dut and Ravi Shankar for engaging with Naik?

This article was first published in the Indian newspaper Milli Gazette

Abhay Kumar is a Hindu scholar pursing PhD at Centre for Historical Studies, Jawaharlal Nehru University, New Delhi. He has written for Indian newspapers such as the Milli Gazette.