The slander of ‘Deobandi Islām’ 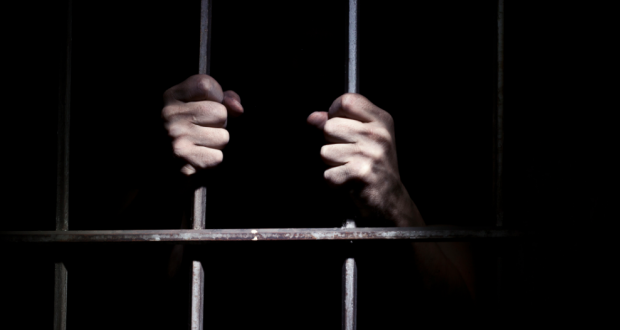 Suspicion is forbidden in Islām, however the irony is that under the Government’s Prevent, counter terrorism strategy, all Muslims are themselves under suspicion.  Not even little four year old children at nursery are exempt, as demonstrated by the recent ‘cooker bomb’ incident, which was deemed as a sign of obvious radicalisation.[1] It beggars belief that individuals can even qualify as a Nursery Nurse if they honestly believe that a four year old can develop this type of complex thinking and reasoning in between doses of Teletubbies and Peppa Pig.

However, even more worrying have been the recent national press articles regarding the soon-to-be-released, independent review of prisons being carried out by Ian Acheson.  Two articles in The Sunday Times have particularly caught the eye and really sail close to the wind in being outright blatant sectarian propaganda.  The articles are

The articles make a number of claims:

Firstly, that the Muslim Advisor for prisons, Ahtsham Ali, was personally responsible for the recruitment of the ‘hardline’ Deobandi chaplains who make up nearly 70% of Muslim chaplains.  Secondly, and the most damaging of accusations, is the slanderous accusation that chaplains from a ‘Deobandi Islām’ background are propagating “anti-British values” and that they are potentially a hindrance to the “de-radicalisation of Islamists in prisons”.

The first point to clarify, prior to further analysis of the articles, is the term ‘Deobandi Islām’.  The term is relatively new and does not signify the emergence of a new kind of Islām, despite its divisive use by some.  It derives from an impulse of scholarly Islamic revival from a small town in India by the name of Deoband.

The fundamental purpose of these two articles in the Sunday Times is the slander of ‘Deobandi Islām’.  As Yahya Birt has pointed out in his blog dated 8th February 2016, Ahtsham Ali is being set up as the fall guy.  However, as the right wing press and organisations such as The Quilliam Foundation know all too well, if Ali falls then so will the Deobandi chaplains and, as a consequence, ‘Deobandi Islām’ will be significantly smeared.  Hence, the defence of Ali is crucial in this game of falling dominos.

The defence of Ahtsham Ali is actually very simple.  As those who are familiar with the recruitment process within the Civil Service will testify, one individual cannot be held responsible for the recruitment of all prison chaplains in the UK.  Appointments are made through applications which are based on competencies, and all interviews would be carried out by a panel of interviewers who score on the basis of an agreed set of criteria.  Hence, any influence in this recruitment process would have meant that Ali would have had to have influenced at least 200 interview panels consisting of up to 600 individuals – all of which is highly improbable.  Secondly, and far more importantly, 70% of prison chaplains are ‘Deobandi’.  This is hardly surprising when, according to a recent study, at least 16 of the 25 (64%) dārul ʿulūms (seminaries) in the UK are of a Deobandi persuasion.[4] Hence, far from the numbers of Deobandi chaplains being an Islamist takeover, it is clearly just a reflection of statistical prevalence.  When all is said and done – it will not take any independent review to recognise that there is no case to be made against Ahtsham Ali.

So what is all the real fuss about?

The real deal is all about ‘Deobandi Islām’.  A member of the Quilliam Foundation said that “The Deobandi movement is generally anti-western and anti-integration in its spirit.”  These sentiments have been espoused by Quilliam for some time now,[5] and have been regurgitated at each and every opportunity.  This slander of ‘Deobandi Islām’ is a bit rich, coming from an individual who is not averse to hurling insults, such as “ignorant extremist” at Muslims who hold mainstream views even on national television.[6]

It is staggering that claims of being anti-British are being made against ‘Deobandi Islām’.  There is clearly no evidence to justify this.  In fact, just some cursory analysis would show that a recent unannounced inspection of the oldest ‘Deobandi’ seminary in the UK, Darul Uloom al-Arabiya al-Islamiya, Holcombe, demonstrated that it is clearly promoting British values.[7] Additionally, an Ofsted inspection of Jamiatul-ilm Wal Huda, Blackburn, in August 2015, resulted in the following statement being released,

“The inspectors witnessed one of the unit’s regular visits to the school where officers gave a presentation to younger students about stereotyping. Officers also work with students and staff on e-safety issues, covering not just extremism and radicalisation but also cyber-bullying, internet grooming and sexual exploitation. This close cooperation is invaluable in keeping borders safe as well as strengthening their engagement in British society.”[8]

‘Deobandi Islām’ is the dominant type of Islām in the UK. The majority of seminaries in the UK are of Deobandi persuasion and, as such, many mosques are also the same. Its origins date back to 1867 in a town called Deoband, 90 miles from the former Mughal capital of Delhi. Its inception coincided with India’s colonial resistance against British rule. Deobandi scholars participated in this struggle. However, this is just a historical fact and a consequence of colonial rule.  The nationalistic nature of the ‘Indian’ struggle was demonstrated by the fact that Muslims fought alongside Hindus against the British. This historical fact is now stated at every opportunity by the right wing press, with the obvious deceptive desire to demonstrate that ‘Deobandi Islām’ is somehow innately anti-British.  Interestingly, the same anti-British slur is never applied in the same way to Hindus.

Scholars at Deoband have taken a hard line with regards to terrorism.  In 2008, Darul Uloom Deoband hosted a conference of Islamic scholars to debate the issue of terrorism.  The conference resulted in a united fatwa (religious edict) condemning all acts of terrorism in the name of Islām.  The declaration stated that Islām has taught its followers to treat all mankind with equality, tolerance and justice.[9]

This anti-Muslim rhetoric seems to have taken an unusual turn, with recent press articles setting its target on a strategy of divide and rule – with its sights set clearly on ‘Deobandi Islām’.  These slanderous comments are clearly not based on any facts, research or credible evidence.  Such allegations need to be categorically refuted and dismissed publicly.  More importantly, the Muslim community needs to stay united and show that attempts to divide us will always fail.

[4] Birt, J. and Lewis, P. 2012. The Pattern of Islamic Reform in Britain: The Deobandis Between Intra-Muslim Sectarianism and Engagement with Wider Society